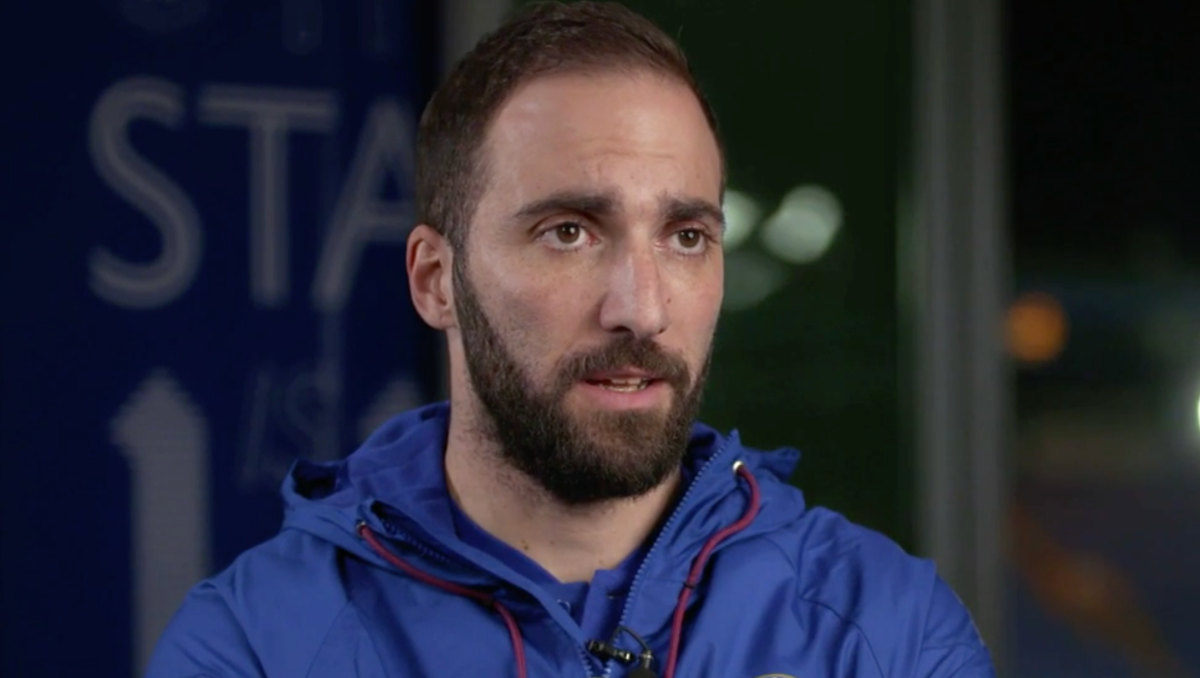 The Argentina international completed a loan move to Chelsea FC from Serie A giants Juventus in the January transfer window to bolster Maurizio Sarri’s attack for the remaining months of the campaign.

Higuain failed to get on the score-sheet on his debut in Chelsea FC’s 3-0 win over Sheffield Wednesday in the FA Cup before the Blues suffered a resounding 4-0 loss to Bournemouth on his first league appearance.

However, the 31-year-old made his mark on his home Premier League debut after the Argentina international scored twice in a 5-0 victory over strugglers Huddersfield Town at Stamford Bridge last weekend.

Higuain’s two goals were created by N’Golo Kante and Ross Barkley but it was the January signing’s instant understanding with Hazard that caught the eye of former Chelsea FC winger Nevin.

“When you go to a new club, the first thing you do is see who has an understanding with you… who can play with you,” Nevin told Irish radio station Newstalk.

“You can tell Higuain has spotted that Hazard isn’t too bad… he’s quite a good player. You know what Higuain is going to do, which is the right thing.”

Nevin added that it was obvious that Hazard and Higuain have already developed a level of trust on the pitch.

“There are certain players that you just catch their eye all the time,” Nevin continued.

“They were looking for each other all the time [against Huddersfield]. They were understanding each other’s movement and believing in each other’s touch.”

Hazard scored twice in Chelsea FC’s 5-0 win over Huddersfield to take his tally to 12 goals in the Premier League this season.

Chelsea FC are in a three-way battle with Arsenal and Manchester United to secure the final Champions League qualification spot.