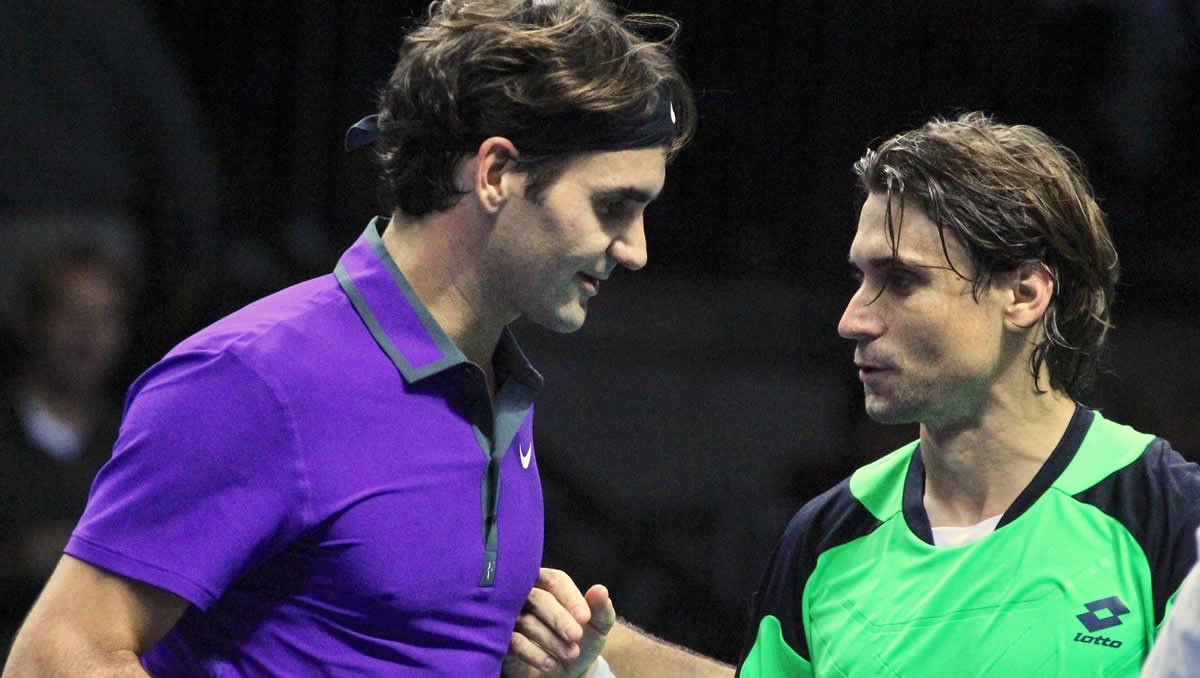 Roger Federer is to return to the clay of Roland Garros this year for the first time since his quarter-final loss in 2015, and he has now confirmed that his preparation for Paris will begin at the Madrid Masters.

The Swiss, who is down to No7 in the ranks this week after regaining the No1 spot exactly a year ago, has won just one match on Madrid’s clay since taking the title on the controversial blue clay in 2012, and that was over Radek Stepanek in 2013.

He lost in his Madrid opener in 2015 to Nick Kyrgios, a memorable encounter that went the Australian’s way, 7-6(12) in the third tie-break of the match, and Federer has not played Madrid since.

He did go on to play on clay the next year, venturing back into competition for the first time since knee surgery in the aftermath of the 2016 Australian Open.

Indeed, he reached the quarters in Monte Carlo, and then edged a painful opening match over Alexander Zverev at the Rome Masters. But back injury cut his run short after that single match-win, and he withdrew from Roland Garros. He has not played on clay since.

Instead, he chose to modify his schedule as he headed towards 35—now 37—to take account of the impact on his body of a full season after 20 years on the pro tour.

His choice of Madrid, however, is perhaps not a surprise. Federer has enjoyed plenty of success in the marginally rarefied air of Madrid—the city sits at an altitude of over 600 metres—though four of his six titles came when the tournament was part of the autumn indoor swing.

Nevertheless, the Swiss is 18-4 on the clay of the Caja Magica, with two titles from three finals since 2009. However, his decision to return to the tournament for the first time in four years may have more to do with two particular Spaniards who are involved in the event this year.

The new Tournament Director in Madrid is Feliciano Lopez, whose career has run alongside Federer’s almost from the first.

Lopez was born just a month after Federer, and their first main-tour match was at Wimbledon in 2003, the year that Federer went on to win his first Major title. The two men have gone on to play 13 times, every one of them a win to Federer, but they have played nowhere more often than in Madrid, nor been so closely matched as they were in their three-hour, three-tie-break thriller in the second round in 2011.

So this is something of a coup for Lopez in his debut TD year at his home Masters. But then there is also the ‘David Ferrer factor’.

The popular and hugely respected Ferrer will be 37 by the time he plays what he long ago announced to be his last professional tournament, in Madrid this May.

Federer has long admired his Spanish colleague—though has not conceded a win to Ferrer in 17 meetings. After the Spaniard’s last Major at the US Open, Federer tweeted:

They went on to face one another across the net in an open practice at the Hopman Cup at the start of the year, a session concluded by a long, all-smiles embrace, for what could well be their last court-time together.

It is, of course, now possible that they could face one another once more, in Madrid, if Ferrer wins his first-round match, and the draw should fall that way.

But wherever and however Ferrer appears in the Madrid draw, it will be something special: his 16th appearance, and in pursuit of his 30th match-win. And that was, perhaps, just enough to swing the balance in Spain’s favour when it came to Federer’s clay selection.