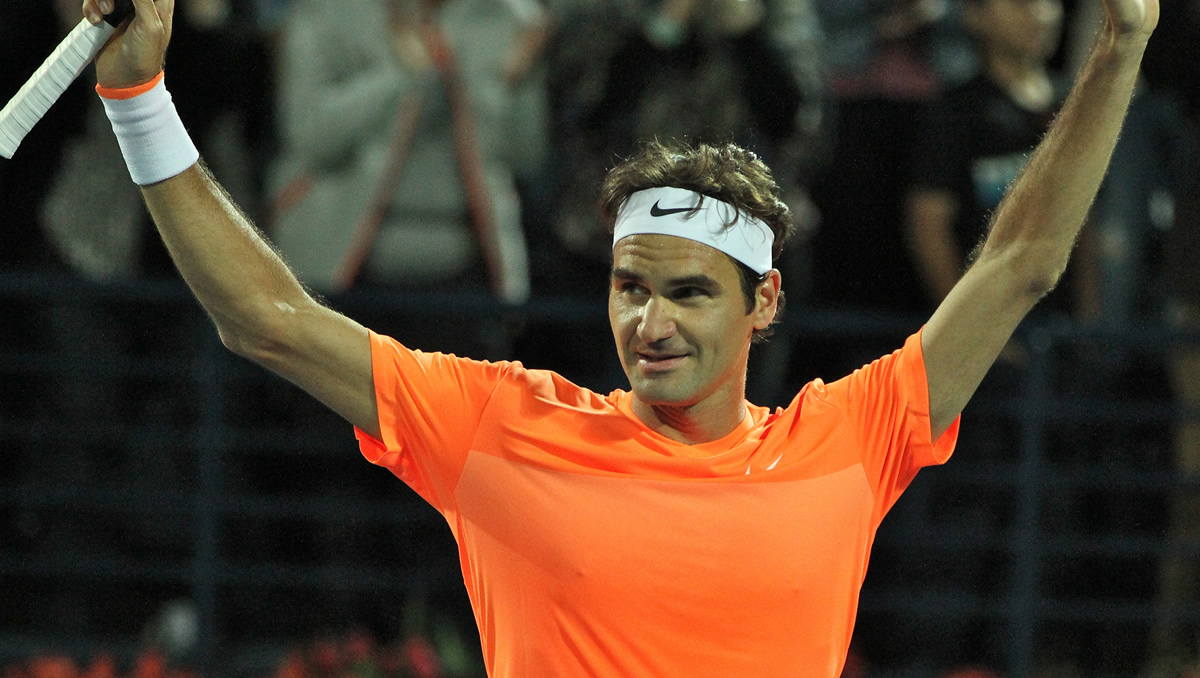 The most prolific winner at the prestigious Dubai Duty Free Tennis Championships, Roger Federer, has, of late, been notable by his absence at the tournament played just down the road from his second home.

Seven times he has lifted the famous dhow trophy, and twice more been runner-up, a 48-6 record. Indeed, he last won the title four years ago—still the oldest champion at the tournament—since when he has played two matches, won only one.

He missed 2016 after knee surgery in the aftermath of the Australian Open, and last year, he opted to play the indoor 500 in Rotterdam in what would become a successful campaign to regain the No1 ranking.

In between, he made what is still a surprising loss from a winning position against the 116-ranked Evgeny Donskoy, 6-3, 6-7(7), 6-7(5). It would be just one of five losses in a year of seven titles, including two Majors and three Masters.

Now he is back, and with another big target in mind: his 100th career title.

It is a number that has remained elusive rather longer than many anticipated: He reached the finals in Indian Wells, Halle, and Cincinnati last year, which would have closed the deal by the end of 2018. So can an eighth in Dubai now do the business?

Well, he is not the top seed this week, having slipped to No7 in the ranks—one below No1 seed Kei Nishikori—after dropping big points at the Australian Open, and he did not defend his Rotterdam title. But as luck would have it, the Swiss drew fellow-30-something and friend Philipp Kohlschreiber, ranked 33 and always a tricky customer. The two men practised together on Dubai’s Centre Court just yesterday—but the German has yet to beat the Swiss.

Federer’s quarter-final opponent is scheduled to be Milos Raonic, on the comeback road from injury and seeded No7 after a quarter-final finish at the Australian Open.

Come the semis, come a swathe of fine younger players—No6 seed Borna Coric, No4 seed Karen Khachanov among them, but also in a quarter with the returning unseeded powerhouse Tomas Berdych and defending champion, the in-form Roberto Baustista Agut.

And what of Nishikori’s half? Well there was a communal intake of breath when he was drawn against firebrand—but undoubted talent—Benoit Paire in the first round. And he could meet the brightest prospect among the young generation, Stefanos Tsitsipas, in the quarter-final. And make no mistake: the 20-year-old Greek is beginning to put himself into contention for every title. After all, he beat Federer on his way to his first Major semi in Australia.

The third seed, Marin Cilic, was drawn into Nishikori’s half, bringing the promise of the latest in what has become something of a rivalry in recent years. Nishikori leads 9-6, but their last match, at the US Open last September, went four hours and five sets.

However, it is not just Nishikori who drew a tricky opener. Cilic’s face remained impassive when the name of Gael Monfils was called for his first opponent, but he afterwards commented wryly: “Maybe we could do the draw again!”

Monfils is fresh from victory in Rotterdam, a former No6, and as good as anyone when fit and focused. And if Cilic advances past the Frenchman to the quarters, another of those exciting young players, No15-ranked Daniil Medvedev, lies in wait, a man with a 14-3 record so far in 2019, one title from two finals.

In short, this year’s Dubai is hard to call. It is entirely possible that one of those young stars will garner the prize; it is also possible that the in-form Nishikori, or the rested Cilic, or the on-fire Monfils, or the defending Bautista Agut could steal the prize.

And Bautista Agut has hit another run of form this year from his unseeded spot—his ranking missed seeding by a fraction—in the Coric/Khachanov/Berdych quarter. The Spaniard is 10-1 this year, reached his first Major quarter-final in Australia, and beat Novak Djokovic on his way to the Doha title.

And then there is Federer. Now age 37, he continues to push the boundaries in all directions, but now age 37, those boundaries are increasingly hard to shift. The Dubai faithful are sure to will on their favourite son—along with many more fans around the world—and the Swiss would surely like to get that weight of that No100 off his back. Few would bet against it.