“The idea for me is to be in good health, to know that I can win tournaments," says Roger Federer 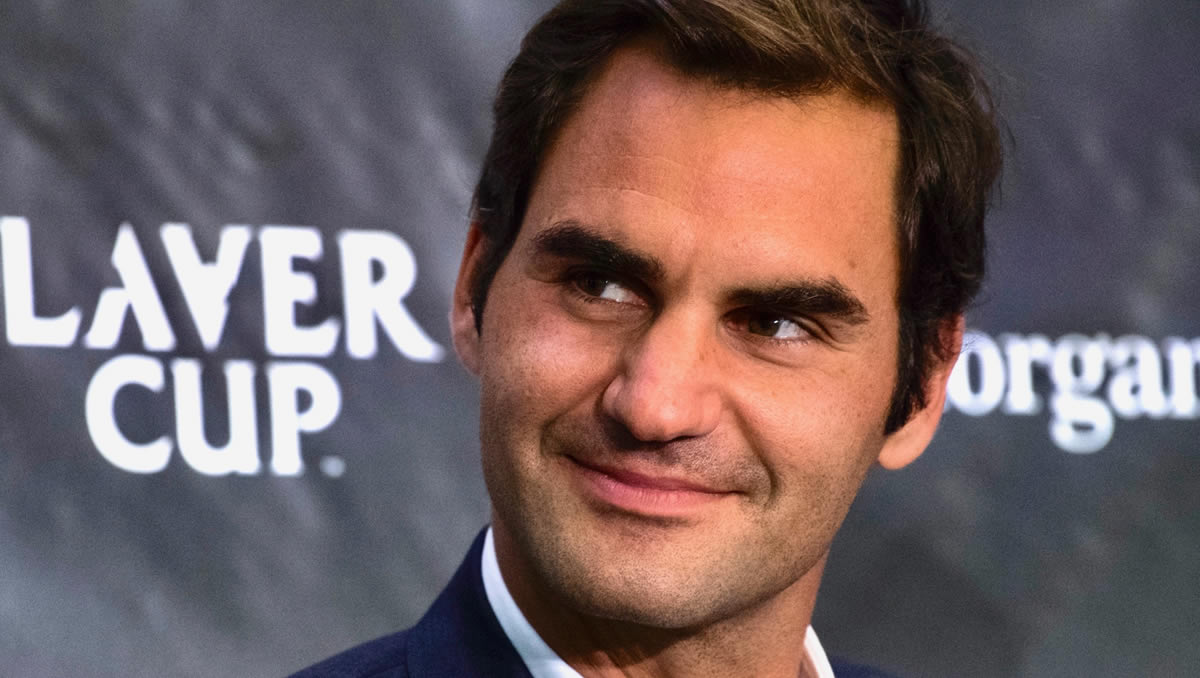 Exactly a year after Roger Federer regained the No1 ranking in Rotterdam, having just lifted his 20th Major title in Australia, the Swiss star admitted in Geneva today that reaching No1 again is no longer a priority.

He told the media, at a press conference following the launch of the third playing of the Laver Cup, that he would rather be a contender for more Majors than battling to top the rankings.

Reuters reported that the oldest man to attain the No1 ranking—Federer was 36 when he added eight weeks to increase his record to 310 weeks last year—still relishes the prospect of playing his big rivals for the big titles:

“For me the ranking, at 37 years old, is no longer really the priority…

“As soon as you feel that you have no chance and all, then it’s a problem. Even if my ranking goes down further [he is currently No6], it’s not a problem for me. As long as I say I can win a Grand Slam as I did two years ago with a world ranking of 17, everything is in place. I prefer to be ranked 17th than be third and not win a Grand Slam or a tournament.”

Federer is scheduled to play next in Dubai, where he has a second home and has enjoyed plenty of success in the past. Should he lift his eighth Dubai Duty Free Championship trophy, it will mark the 100th title of his career.

Thereafter, he confirmed that he intends to play the Indian Wells and Miami Masters, and then one or two clay tournaments before returning to the French Open for the first time since he reached the quarter-finals in 2015.

The Laver Cup, which will be held in his current home of Geneva on 20-22 September, reunites Federer with one of those great rivals, Nadal, who also played for Team Europe in the debut Laver Cup in Prague in 2017, and famously saw the two join forces to play doubles for the first time.

“I can’t wait. We talked about it in Melbourne, we talked about how excited [Rafa] was, and me too, that we’re going to be on the same team again.

“We don’t know the opponents’ team quite yet, but it’s a good thing Rafa is going to be on my team, and it’s on home soil for me in Switzerland… I’m so excited to be playing the Laver Cup in my home country: it’s a dream come true,”

“One of the very special things about the Laver Cup, and I think the one that resonates most with both the players and the fans, is how we get to team up with our traditional rivals, those players we face across the net week in and week out on tour.

“This also really comes across to the fans in the stadium and on TV as we work together as a team, cheering each other on, and even coaching each other, alongside our captains.”

At the launch in Geneva, Federer was joined by Europe captain, and one of Federer’s own heroes, Bjorn Borg, and the two men took a boat ride on Lake Geneva, where Federer employed his serve to power up the iconic Jet d’Eau fountain.

The pair then had a social hit for the cameras at La Rotonde before heading to the Palais Eynard for the press conference and the chance to meet thousands of local fans, 20 of whom won Laver Cup ‘golden tickets’ from balls hit out to the crowd by Federer and Borg. Eight local junior tennis players also had the chance of a lifetime to meet their tennis idols.

“This is a really special event and I’m determined to bring another incredibly strong Team Europe to Geneva in September. Having won the first two editions of the Laver Cup, we will be under pressure to win for a third time, and I know Roger and Rafa are up to that challenge.”

Multi-session tickets—five sessions over three days—for the 18,000-plus capacity Palexpo in Geneva, sold out within hours, though there are still some hospitality packages available via LaverCup.com/hospitality

· Roger Federer and Rafael Nadal have confirmed for Team Europe

· The tournament is named in honour of Australian tennis legend Rod Laver, the only man to win two calendar-year Grand Slams