Stefanos Tsitsipas has power, touch, and a creative approach to shot-making 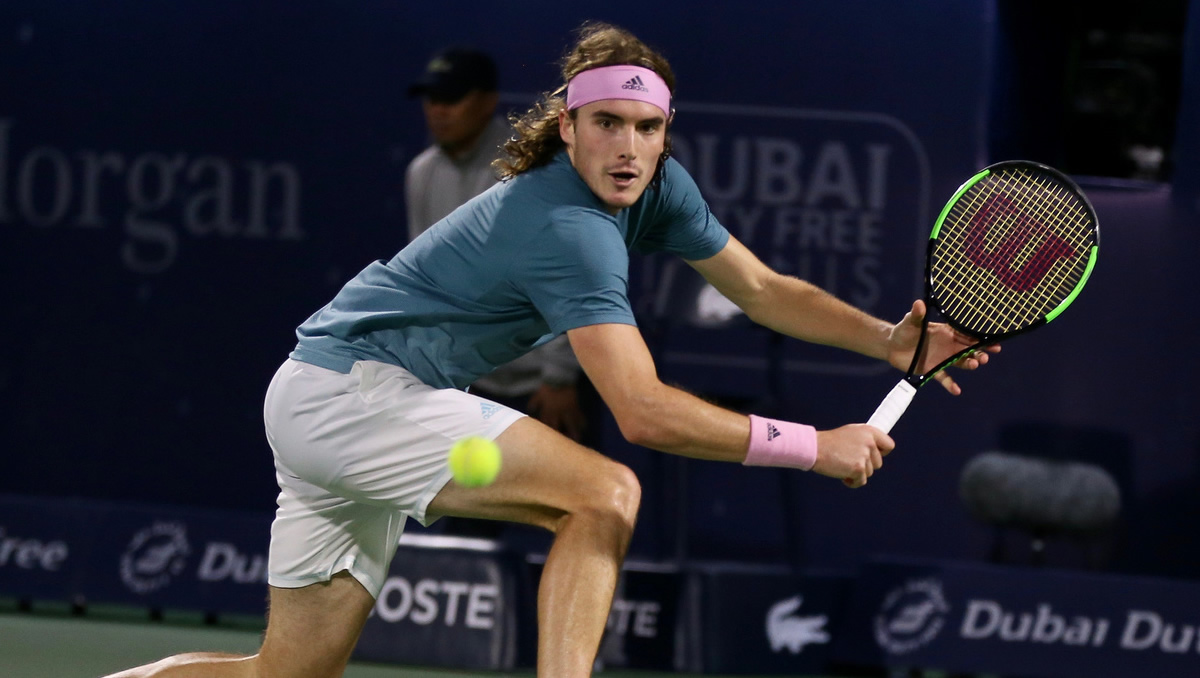 There are many reasons why Stefanos Tsitsipas has caught the imagination of tennis fans.

It starts, of course, with the tennis: an athletic, explosive game not averse to deploying serve-and-volley tactics, nor to racing the extremes of the baseline in long-legged attack and defence. He has power, he has touch, and he has a creative approach to shot-making. Add into the mix that rare thing among the younger generation, a single-handed backhand.

Then there is the eye-catching image: long blond hair, tall 6ft 4in frame, and long limbs that still look impossibly thin for the power they generate. He is certainly not afraid of hard work, nor of throwing every last atom of effort at his game.

And he is also one of the more intriguing personalities to rise to prominence, with a creative bent that finds expression in video, photography, and on social media. Try this from his Rotterdam visit a fortnight ago. Asked to sum himself up in a few words, he thought carefully, and then replied.

“Humble. Kind, I would say. Optimistic. Minimalist. Who likes tennis and to travel and to share his life… By minimalist, [I mean] doesn’t depend too much on things, is satisfied with small things that make him happy. Does not have to be tennis. To find your good qualities as a person. The small things that will make you happy, satisfied, not concentrating on buying or having a lot of friends that you don’t actually you need.” 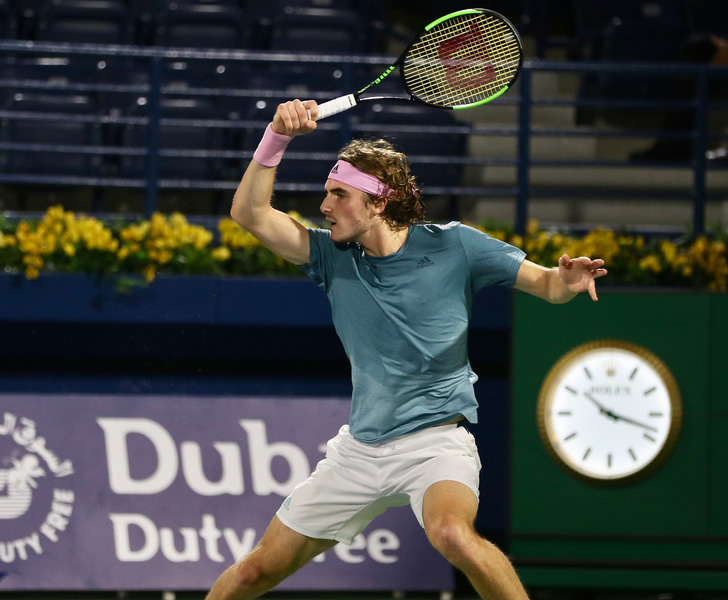 It is an articulate, considered response in one of the three languages this 20-year-old can speak, a young man whose mother was a Russian tennis player, whose grandfather, Sergei Salnikov, was 1956 Melbourne Olympics gold medal winner in football, and who is coached by his Greek father.

And a family to keep his feet firmly on the ground has been a valuable asset for an athlete with Tsitsipas’s talent. They must, then, take some small credit for his speedy rise up the ranks to overtake some of his older #NextGen associates.

He did not even win his first main-tour match until 18 months ago—he beat Karen Khachanov after qualifying for the Shanghai Masters in October 2017—and the very next week reached the semis in Antwerp via wins over David Goffin and Diego Schwartzman.

So he had broken the top 100 by the start of last year, then beat three top-20 players on the way to the Barcelona final, reached the fourth round of Wimbledon, the semis of Washington, and made a Masters final in Toronto after beating four top-10 players.

By the end of 2018, he had won his first title in Stockholm and the NextGen Finals in Milan, to arrive at this year’s Australian Open ranked No15—an astonishing rise. And when he got to the semis in Melbourne, taking out Roger Federer in the process, his name was headline news.

Even a disappointing performance in Rotterdam could not dampen the energy and upward momentum—a rise to No11 after winning in Marseille. More credit, incidentally, to his family, who encouraged him not to pull the plug on the Provence tournament. 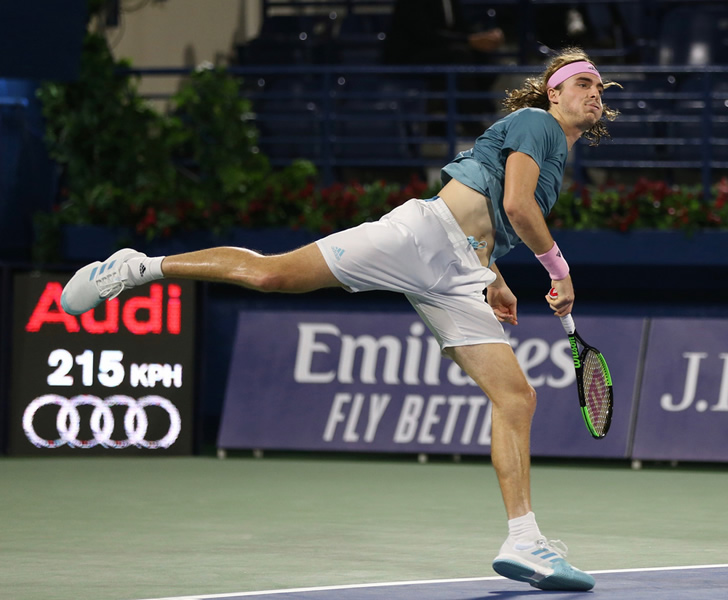 An overnight flight straight to Dubai certainly did not halt the flow, as the city in desert got a real taste of the charismatic, explosive tennis on offer from this young player.

He was asked in Rotterdam, in the afterglow of that Australian Open, how he had handled his burgeoning fame:

“It is a bit of a challenge I have to admit. There is a lot more attention now than before. Sometimes it is tough to deal with it.

“But I don’t want it to end here. As I say, it’s just the beginning, and I really hope and will train hard for more good results because they make me happy and make me appreciate my time on the court. The only way is up.”

Soon after that, he learned another lesson, and put a hold on his vlogging and social media activity. He explained in Dubai:

“I was just sick and tired of all those messages, all those people talking about me. All the notifications I was receiving, I felt my brain blocked. I felt like I couldn’t process all of that information coming to me.

“I said, I’ve had enough of that. Do it like the old way. Do it like players used to play, 30 years ago, with no phones. I think they were pretty OK. Instead of that I started having nice conversations with my friends, going for some good dinner with them, discussing different interesting topics instead of being on my phone. I think I was more social that week than ever.”

He is a smart cookie, and a sensible one. But, to return to our beginning, it will be his tennis that captures the imagination of new fans—and some photos from his first match in Dubai show why.

Postscript: Tsitsipas cruised past Belarusian qualifier Egor Gerasimov, 6-3, 6-1 in under an hour to set a quarter-final meeting with Hubert Hurkacz. The Greek leads Hurkacz 2-0 in previous meetings, including a 6-4, 6-2 win last week in Marseille and en route to the 2018 #NextGen ATP Finals in Milan.