Marianne Bevis looks ahead to the 2019 Miami Open, where Novak Djokovic, the Williams sisters and Roger Federer are all in action 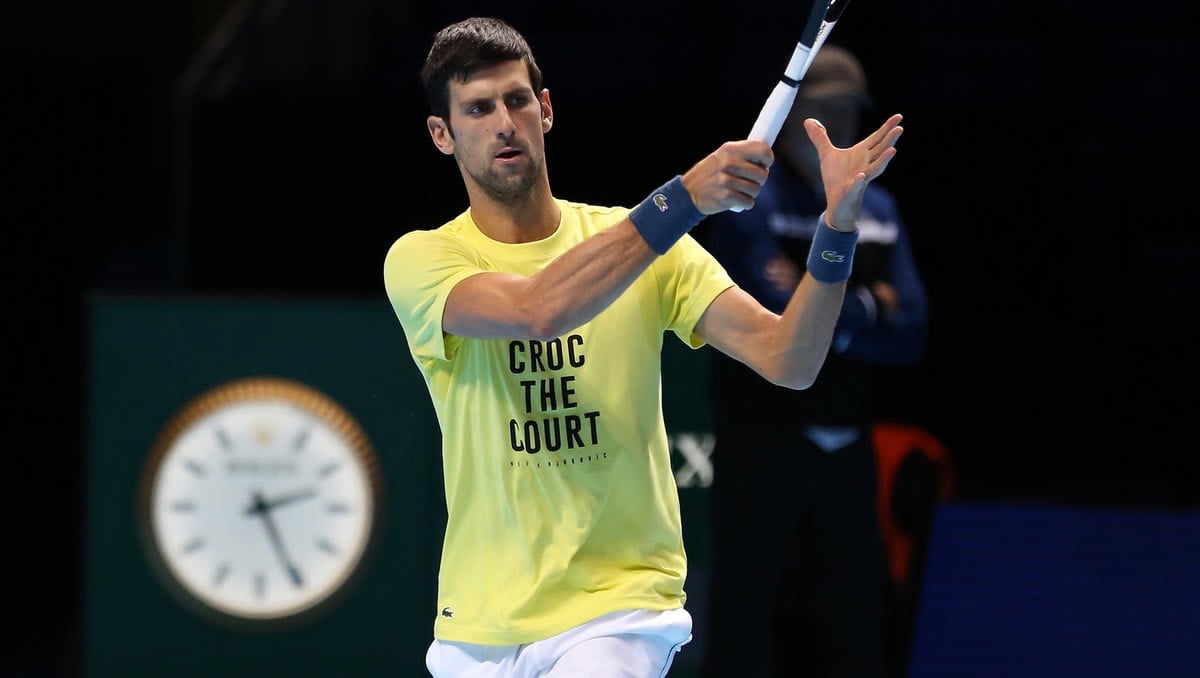 Hot on the heels of one spectacular, 96-draw tournament in the glamorous desert-and-mountain setting of California comes its more flamboyant, Latin infused sibling on the east coast, in the high-rise, extrovert city between open ocean and tropical Everglades.

The list of champions at the Miami Open speaks volumes for its prestige and its points value. On the Masters side, Novak Djokovic, Roger Federer, Andy Murray and, in the past, Andre Agassi and Pete Sampras, have been multiple champions.

On the women’s side, the most prolific champions have been the sisters Williams and Victoria Azarenka, and before them, Steffi Graf, Martina Hingis, Kim Clijsters—multiple Miami and Major champions all.

This year, injury has ensured that a few big names are missing from the men’s draw—Rafael Nadal, Juan Martin del Potro, Alex de Minaur, stand out—but then last year, Nadal, Stan Wawrinka, Jo-Wilfried Tsonga and Dominic Thiem were missing. Overall, however, 18 of the top 20 players are competing in Miami, including Djokovic and Federer, as well as Wawrinka, Thiem and Tsonga—the last, albeit, in qualifying.

In the women’s draw, there is a full complement among the 32 seeds apart from No30 Maria Sharapova—though Sharapova plus Belinda Bencic and Dominika Cibulkova were absent last year, too. Overall, 49 of the current top 50 are playing, including nine women who have held the No1 ranking, five former champions and five former runners-up.

Serena Williams is the most successful player in the tournament’s history, with eight titles, and more match-wins and more finals (10) than any other player: She is 75-9 in Miami. Williams also became the oldest women’s champion in 2015.

Williams lost in the first round to Osaka last year—unseeded as she began her return to giving birth to a daughter in September 2017—but has since reached the final of two Majors and re-entered the top 10. This year, she has at least avoided facing Azarenka in his first match, as she did in Indian Wells, but is in a loaded bottom quarter with her unseeded sister Venus, unseeded former champion Johanna Konta, and with the in-form Elina Svitolina possible in the fourth round and No2 seed Simona Halep in the quarters.

Djokovic, who comes to Miami as world No1 for the fifth time, holds the joint men’s record with Agassi of six titles. He is 42-6 overall, and won the first of 32 Masters titles in Miami in 2007. Should he win a record seventh Miami Masters, he would draw level with the absent Nadal’s record 33 Masters titles.

Last year, Djokovic lost his opener as he made his return from elbow injury and a then ranking of 12, but he begins his campaign this time unable to be challenged at No1. His first hurdle could be unseeded Tomas Berdych, himself working back from a long injury absence last season, and a man Djokovic has beaten 25 times out of 28 meetings. The top seed could meet defending champion John Isner in the quarters, with Indian Wells champion Thiem possible in the semis. No4 seed Federer has fallen into the bottom half.

March poses one of the toughest challenges in tennis: It is filled from beginning to end with the two biggest non-Major tournaments in the calendar. The back-to-back Indian Wells/Miami marathons together comprise the ‘Sunshine Double’—a somewhat benign name that belies its gruelling demands. For there is barely a chance to draw breath as players hot-foot it to the opposite American coast, with just days to recover physically and to adjust from hot, dry desert to the hot, humid sea-level demands of Miami.

That so few current players have managed the double is testament to the scale of the task: Djokovic has managed it four times, Federer three, Azarenka once.

This year, it will be up to debutant Masters champion Thiem and record-making 18-year-old Bianca Andreescu—who won Indian Wells too late to earn her rightful seeding in Miami—to try their luck. For the young Canadian woman, that means seven match-wins, like a Major, as she does not enjoy the first-round bye like No3 seed Thiem.

For the first time in WTA history, the year’s first 13 events have produced 13 different champions, all of them in the main Miami draw. Three women have scored the same number of main-draw match-wins, 17: Andreescu (though the Canadian has won far more than the rest if ITF and qualifying rounds are added), Bencic (plus ITF Hopman Cup), and Petra Kvitova. Karolina Pliskova has 16 wins.

Not for the first time this year, the No1 ranking could change hands at the end of the tournament. Osaka can be overtaken by Halep, Kvitova, Angelique Kerber or Svitolina. However, Kvitova and Halep need to reach the final to have chance, while Kerber and Svitolina need to win the title. If Osaka reaches the quarters, only Halep or Kvitova can overtake her.

On the men’s side, it has been a similar story: All 19 tournaments have been won by a different player for the first time. Eight of the current top 18 have won a title this season, and there have been seven first-time winners. Thiem also won his first ever Masters title in Miami.

There is one very big difference for the Miami Open this year. No longer is the tournament buried deep in the lush, beach-edged Key Biscayne. With no room to expand the tournament in the Keys, it has moved to a new iconic venue, the Hard Rock Stadium, home of the NFL’s Miami Dolphins.

The site is huge, the facilities lavish for both visitors and players, and time will tell if this very different site, away from the cooling breezes that bring some relief from Miami’s notorious hot, humid conditions, becomes as admired as the old one.

· The new venue has 12 tournament courts and 18 practice courts.

· Apart from Stadium Court, most of the site will be permanent, including Grandstand and all competition courts.

· The top eight men and women and all former tournament champions will enjoy private suites.