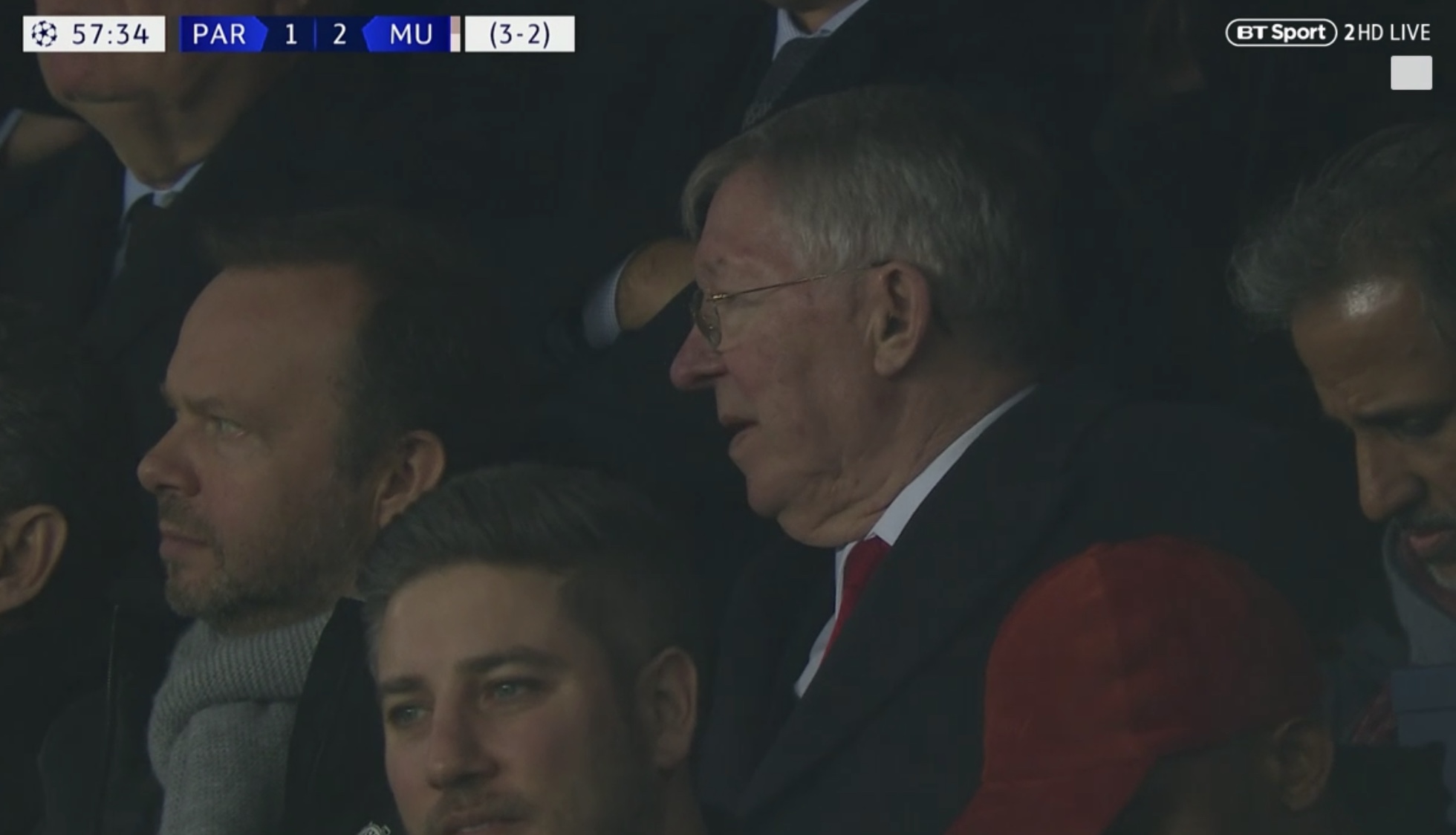 Sir Alex Ferguson was sat in the stands at Parc des Princes on Wednesday night as Manchester United booked their place in the Champions League quarter-finals after a 3-1 win over Paris Saint-Germain.

The Red Devils suffered a 2-0 loss to PSG in the first leg of their round of 16 clash at Old Trafford last month following goals of Presnel Kimpembe and Kylian Mbappe.

Manchester United made the perfect start when Romelu Lukaku capitalised on a defensive error to escape the attentions of Thiago Silva and Gianluigi Buffon and break the deadlock in the second minute.

However, Buffon made a rare error when he spilt Marcus Rashford’s shot into the path of Lukaku – and the Belgian forward restored the visitors’ advantage in Paris.

Angel di Maria thought he had scored against his former club Manchester United to secure a last-eight spot but the Argentina international’s second-half goal was ruled out.

And there was late drama in the French capital when Slovenian referee Damir Skomina awarded an added-time penalty with help from VAR after he adjudged Kimpembe to have handled Diogo Dalot’s shot.

Marcus Rashford place a finish past Buffon from the penalty spot to level the tie on aggregate and seal their progress thanks to the away goals rule.

The Red Devils will return to Premier League action with a trip to Arsenal on Sunday as both clubs look to take control of the top-four race.

Manchester United are in fourth spot and a point ahead of Arsenal.