Roger Federer’s 100th title: His words, his records, plus photos from a big day in Dubai

“A lot of things went right. I'm sure I took a lot of good and bad decisions along the way, [but] I couldn't have done it without a team… My wife’s been along for the ride for every single title: It’s been a special trip.”

The story began almost 20 years ago, when a teenage Roger Federer first broke into the top 100: September 1999.

Exactly 19 years ago, he reached his first Tour final in Marseille.

Still age just 19, he won his first Hopman Cup with Martina Hingis, and a month or so later, won his first Tour title in Milan. It was 2001 and he would not turn 20 until after he had scored a famous victory over Pete Sampras at Wimbledon—their only meeting.

Before he turned 21, Federer won his first Masters title, in Hamburg, to break into the top 10.

And just before his 22nd birthday, Federer won his first Major, his first Wimbledon title, in the same year he had also picked up his first Dubai title.

And with his first Australian Open trophy at the start of 2004, Federer debuted at No1.

He reminisced on those early achievements, and the worries that had come with them:

“I’m not kidding if I tell you I hoped I was going to not go down as a player never to win a tournament because I lost my first two quite dramatically… You can imagine today sitting with 100 how much disbelief there is between what happened then and now.”

But fast forward to 2019, and the now 37-year-old Swiss is still going strong. 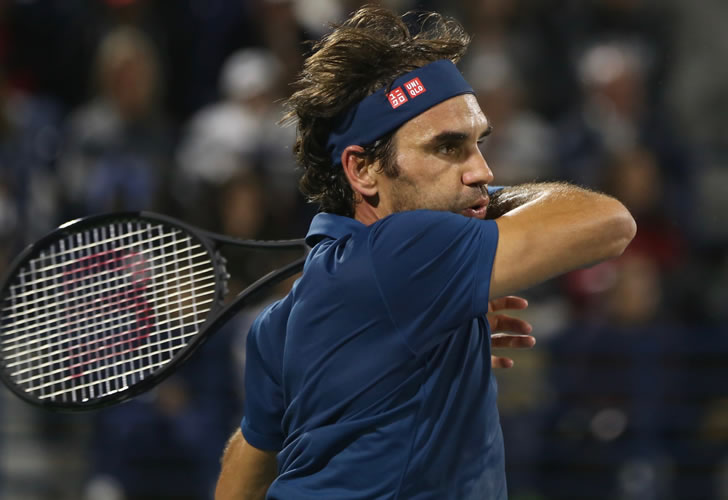 Federer’s Hopman Cup tally has reached three: This year he won with Belinda Bencic, who went on to win in Dubai the Saturday before her compatriot followed suit. And that marked the first time since 2002 that the twin titles had been won by the same nation.

Those Dubai and Wimbledon titles have now extended to a record eight in both cases. And the No1 ranking has gone on to bring record after record for Federer, including the most weeks at No1, 310, and the oldest No1 when he reclaimed the top spot a year ago.

Now he has won his 100th title, and while that is nine short of Jimmy Connors’ tally, 20 of Federer’s have been Majors—Connors won eight—and six have been year-end championships—Connors had three.

Add into the equation Federer’s record-making achievements off court—a record 16 ATP Fans’ Favourite Awards, a record 13 ATP Sportsmanship Awards, a record six Laureus Awards—and his career will be hard to match for the likes of Stefanos Tsitsipas, who is attempting to follow in his idol’s footsteps.

The young Greek with the one-handed backhand, expressive tennis, and attacking mindset, is just 20 and already has two tour titles and a Major semi-final to his name—and a victory over Federer at the Australian Open. Unlike Federer and Sampras, however, the same two men had the chance to meet again, and very soon. The Dubai final, and semi-final against Borna Coric, showed it was far too soon for talk of a passing of the baton from Federer to a new generation.

What better time, then, to hear Federer recall some of the special moments during this remarkable career.

Reflecting on what the 100th means

“I think this one has a deep satisfaction, an immediate one, because I know what it means. I like these type of numbers or records, to be quite honest. A lot of people always emphasise all the Slams [but] I play on the ATP Tour. This is where I’ve won so many of them. Been around for so long… I think this number proves that. I think that’s why this was a very exciting week for me.”

“Winning titles is not easy…”

“I think that’s a tricky thing to do for a lot of players… Only a few can do that every year, five, six, seven times or more during a single year. For that you need to be able to adapt your game to conditions, got to be able to play through the pain, because I’ve been hurt or sick many times during events that I ended up winning. You just got to figure it out. It’s hard.”

On the need to, and the difficulty of, evolving over the years

“The more successful you become, the greater the toll becomes in terms of media attention, maybe winning awards, getting rewarded in your country or city or whatever it may be. You have to deal with all these things.

“Your tennis grows in the process very quickly because you’re learning so much about yourself, learning how to play other players, how they’re learning to play you. You try to compress it every single time, in every game, every breakpoint, whatever you’re facing.”

Learning how to manage emotions and energy

“In terms of my game, I think I needed to get really match tough to be able to be at 100 percent every single day. That was not easy for me. Check my emotions, that was not easy. Eventually I figured that part out. 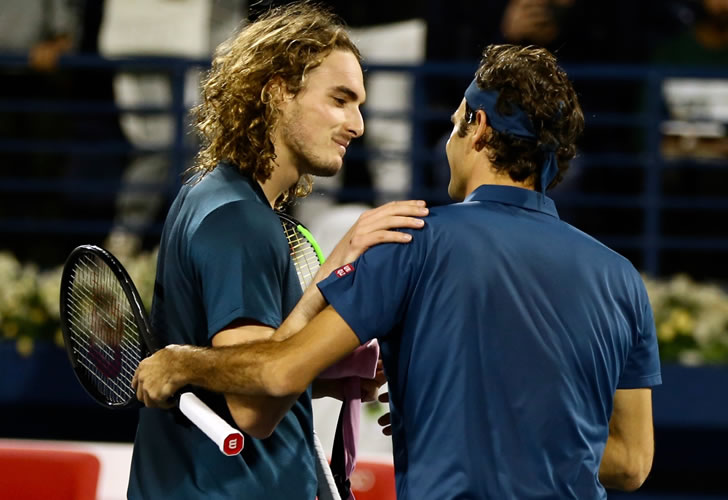 “Then not wasting too much energy throughout the tournament. I remember in the beginning of my career, by the time the quarters came around, I was quite exhausted already because I was so happy winning points, disappointed losing points, I would get to the quarters and be tired.

“I knew I had to figure out my own attitude on the court to sustain five matches in five days or six in six days—back in the day, the Masters 1000s [were] best-of-five set finals.

“Then staying injury-free… Yeah, a lot of things went right. I’m sure I took a lot of good and bad decisions along the way. [But] I couldn’t have done it without a team… I’ve been very fortunate… I always had the right coaches always at the right time. Also my parents, my wife. She’s been along for the ride for every single title.”

And the doubts… have there been any by the self-confessed ‘glass half full’ Roger?

“I think everybody goes through that. It’s logical. We have too much downtime, too much time on the road, too much rain delay, you name it, that makes you go through it in your head sometimes.

“Never to the extent where I’m like really, really contemplating ‘Is it enough?’ I think definitely the surgery was for me a major reality check in the sense that, maybe I will come back—I knew that—but maybe never quite the same. I’m happy I can look back now and play with absolutely no pain, no painkillers this week. It’s a big week for me, to be quite honest. I’m very, very pleased.”

And does he have another Olympics in him?

He played his first way back in 2000, then the next three, but had to pull out of Rio after knee surgery… Tokyo is next year, and he confirmed he will be playing Dubai.

“No, still not [sure]. Don’t know how I’m going to qualify, to be honest. And if I do, I don’t know if I’m still playing. Still too far away for me. Yeah, I don’t know. I just don’t want my mind to go there. I think if it happens, it happens. If it doesn’t, it doesn’t.”

It will surely be tempting, if he is fit, to give it one more try, for among 20 years of accolades, he has won a gold medal in doubles and a silver in singles—but not gold in singles.

We shall see. By then, remember, he will be turning 39, but honestly, would you put it past him?

Indian Wells 2019 preview & factfile: Naomi Osaka back where she began – but No1 ranking under threat