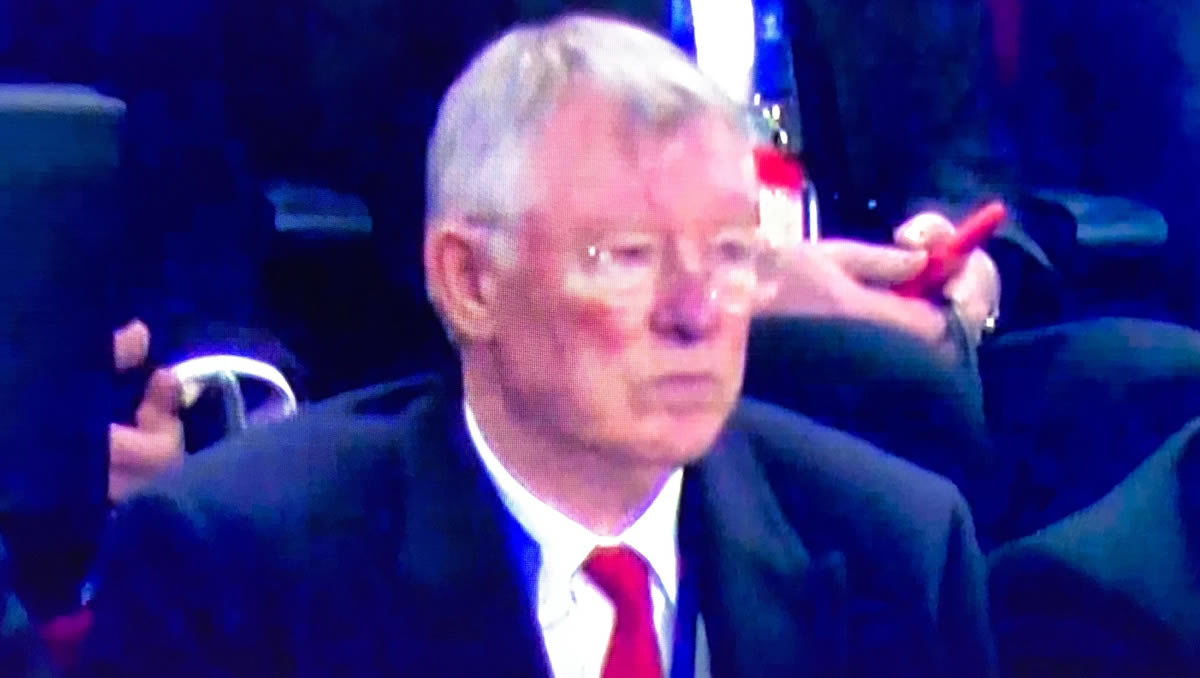 Sir Alex Ferguson did not look too impressed as he watched Manchester United suffer a disappointing 3-0 loss to FC Barcelona in the second leg of their Champions League quarter-final tie to end their European hopes.

Manchester United headed into the game looking for a response after their 1-0 loss to the Catalan side at Old Trafford last week.

Lionel Messi was in fine form and he scored the home side’s opener in the 16th minute with a brilliant left-footed finish into the bottom-left corner.

And Messi struck again in the 20th minute when his low right-footed shot crept past David De Gea.

Philippe Coutinho made it 3-0 when he curled home a delightful shot in the 61st minute to secure the result.

The result ended Manchester United’s Champions League hopes for another season, with the Red Devils not having lifted the trophy since Ferguson was still in charge back in the 2007-08 season.

And the former Manchester United boss did not look too impressed by what he was seeing as he was pictured in the stands at Camp Nou on Tuesday night, as shown in the photo above.

Manchester United will return to Premier League action on Sunday afternoon when they travel to Everton in the top flight.

The Red Devils are aiming to try and break back into the top four before the season is out. They currently find themselves in sixth place and two points behind fourth-placed Arsenal with five games left to play.