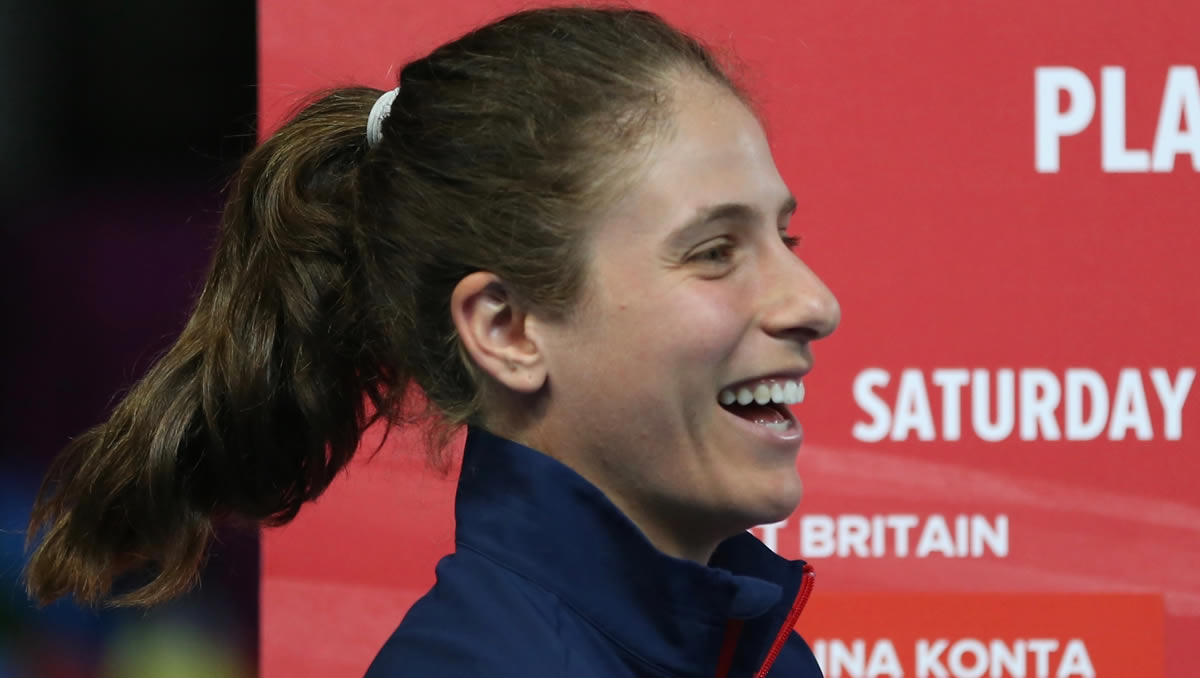 It was a storming week in Bath for the GB Fed Cup team in February, as they swept through all opposition without loss to reach the World Group 2 Playoffs for the fifth time in the last eight years.

They had not played on home soil for 26 years, and their luck would hold when it came to the draw for their fifth attempt to join the World level. Another home tie, and this time in one of London’s most iconic locations, the home of the 2012 Olympics at the Queen Elizabeth Park.

The Copper Box will be packed out to host Captain Anne Keothavong’s youthful squad just a stone’s throw from her own home, and with that home support, hopes are certainly high that seeded GB can take that next step up against the unseeded Kazakhstan.

And bearing in mind that, since 2012, GB has won more ties than any other nation in the group stages, winning 27 of 32 in the heavily-weighted Euro-Africa Zone Group and with a 14-tie run, they surely have good reason to be optimistic.

Kazakhstan also went unbeaten in their Zone I round-robins, though only had to play two other nations compared with GB’s three, but then dropped one of their rubbers in the knock-out Asia/Oceania group against China.

But it is surely that home advantage that will bring the biggest boost to Anne and her team, as she explained after the draw.

“First of all, it’s a great opportunity having another home tie once again. I mean Bath was a fantastic experience for all of us. That’s something I don’t think anyone will forget in a hurry.

“The size of the crowd this weekend will be three times the size of what we had in Bath and the girls were really able to use the support they had in Bath to their advantage. We want more of the same again this weekend.

“These are the moments that you play for, and we can help create memorable experiences like this. The players love it. You don’t get any bigger a high than playing in front of a supportive crowd.”

Heather Watson, who was forced to miss the Bath tie due to injury, added:

“I was gutted to miss out on that experience, especially as I’ve played Fed Cup so many years. When I heard it was another home tie, I was so happy and have done everything I can to be ready.”

Great Britain is one of only four nations to have competed in every Fed Cup competition, but has yet to win the title despite reaching the final four times. Victory against Kazakhstan would mean GB would return to the elite World Group level for the first time in 26 years, albeit in the second tier.

And if they succeed, the roof of the Copper Box will likely blow off.

[NB how this will pan out in the coming year or two, however, remains uncertain as the ITF plans for innovations to the format after its restructure of the Davis Cup this year.]

· Virginia Wade holds the record for most total wins in GB’s history: 66-14.

· Of the current squad, Heather Watson has the most singles match-wins, 20-9, and most overall wins, 28-11. She is scheduled to play only doubles this weekend.

· Katie Swan first played in 2016, and in doubles in Bath this year, and is the youngest British player in Fed Cup history at the age of 16 years and 316 days.