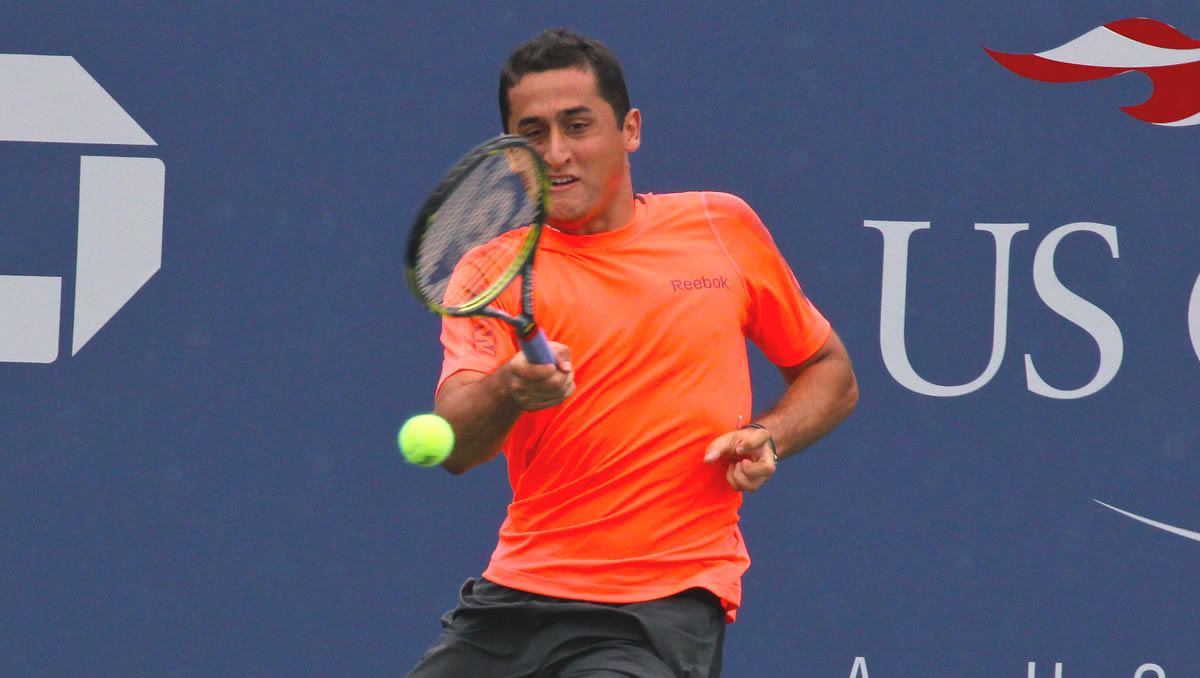 Nicolas Almagro, winner of 13 titles from 23 finals, and three times a quarter-finalist at the French Open—each time losing to eventual champion Rafael Nadal—has announced his retirement at the age of 33.

The Spaniard who so excelled on clay—and every one of those finals and titles was achieved on the red stuff—nevertheless played with one of the most striking single handed backhands on the tennis tour and with a flat, powerful style not entirely typical of clay tennis.

He reached No9 in the rankings in 2011, a season during which he won three titles from five finals and made an 11-match run through February’s “golden swing” in Brazil, Argentina and Mexico. But he was forced to retire with a knee injury against Juan Martin del Potro during the 2017 French Open, and would win only two more matches that year.

He attempted a return last summer, playing a couple of Challengers and then Bastad qualifying and Gstaad, but he was unable to win a match, and his ranking slumped outside the world’s top 500 as a result—just three match-wins short of 400.

Almagro decided, therefore, to use his home ATP Challenger tournament in Murcia this week to formally close down his pro tennis career. In a long letter, posted on Twitter and Instagram, he said:

“It had to be here, in a tournament that makes me especially excited and that puts the name of Murcia and the Murcia Tennis Club on top of the world scene.

“I want to say that I am proud of what I have been. Very proud. I have lived and been the protagonist of a historical era of this sport, with some rivals that have made me bigger and who are at the top of the history of tennis and sport in general.”

“I leave because in recent years I have not been able to fully enjoy the sport that has given me so much, so many good times, and that has made all my dreams a reality. I leave it here, at home with you, in front of my family and friends.”

Almagro’s compatriot, the much-loved 37-year-old David Ferrer, is also on the verge of retirement. He will make his last appearance at his home Masters, Madrid, in May.

The former world No3 has won 27 titles, reached the final of the French Open in 2013—losing to Nadal—and became one of a rare group of players to win a Masters title, in Paris 2012, during an era dominated by Nadal, Novak Djokovic and Roger Federer.

Ferrer reached six further Masters finals and a dozen more semi-finals, in a career spanning almost 20 years and 1,100 matches. However, increasing injury problems took their toll. He managed just nine match-wins in 2018 to bring him down to a current ranking of 152, even though he is still able to summon up moments of his old pugnacious magic. He beat world No3 Alexander Zverev at the Miami Open last month, and came close to reaching the fourth round.

His comments afterwards summed up the man and the attitude:

“I cannot explain it. For me, tennis is everything. It’s one life. I like this sport a lot. Tennis has given me everything and I hope to give something to tennis that I learned. Until the last tournament, until the last point that I play, I will fight.”

He will be sorely missed.