At 37 years old, Roger Federer is to shake up his schedule with return to clay for first time in three years 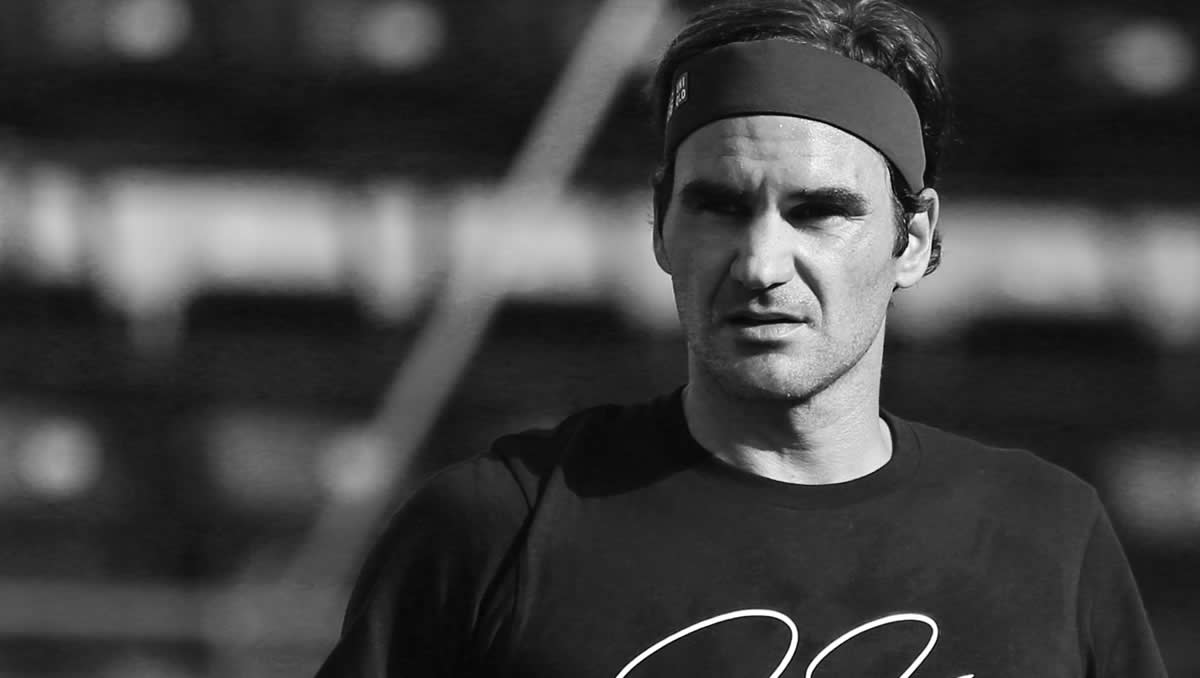 • The 37-year-old Swiss was world No1 a year ago, and after Dubai and Miami wins, is now No1 in the Race to London

• Federer is to shake up his schedule with return to clay for first time in three years, saying: “I have to start from scratch, really.”

Little more than a year ago, Roger Federer had just won his 20th Major at the Australian Open, the culmination of an extraordinary comeback from knee surgery to win his ninth title in the space of 13 months.

And not just any titles: three Majors, three Masters and three 500s. That last of them, in Rotterdam, returned him to No1 for the first time in five and a half years.

But the impact of those 13 months and 69 match-wins on the, by now, 36-year-old body, began to break the unruffled surface. He would go on to win two titles through the rest of 2018, in Stuttgart and Basel, but would suffer a string of losses that kept him tantalisingly short of his 100th title: runner-up in Indian Wells, Halle and Cincinnati, the semis in Shanghai, Paris and the ATP Finals.

Even opting out of the entire clay season for a second successive year was, it seemed, not enough to recharge the batteries.

Then this season, despite a repeat win at the Hopman Cup, Federer was unable to defend his Australian Open title, losing in the fourth round, and so, a year after returning to No1, he slipped to No7, and did not attempt to defend his Rotterdam points.

Instead, it was back to his old stomping ground of Dubai, seeded at No2 behind Kei Nishikori. And the site of seven previous titles proved its worth as Federer went on to enjoy multiple confidence boosts. On the way to finally ticking off that 100th title, he beat first Borna Coric, who had inflicted a tough loss on Federer in Halle, and then Stefanos Tsitsipas, who did the same in Australia.

And so, despite a second final defeat in Indian Wells, this time to Dominic Thiem, Federer was noticeably more up-beat as he headed to Florida this year than he had been after failing to convert match-points against Juan Martin del Potro 12 months before.

“I was more positive this year after losing Indian Wells over last year, because last year I was—I don’t want to say frustrated, but I think I was down on myself. I think it cost me a little bit on confidence because I was so down. I was so, so close. I was a shot away from winning.

“So maybe this year I didn’t feel that way. I was just able to say, ‘OK, Thiem played well. Moving on, let’s go to Miami and have a good tournament. And I did.”

He certainly did, especially after a string of disappointments at Masters level last year, when he lost in two finals and two semi-finals.

His only other Masters appearance in 2018 ended in his first match—a loss to Thanasi Kokkinakis in Miami and, with it, a slip from No1. But his 18-month wait for a Masters title finally came to an end at the Hard Rock Stadium last weekend:

“But I felt like, let’s extend the hard-court season. Let’s see the new venue… I did feel like the game was there last year. And I thought also the game was definitely here this year, as well, even after the Australian Open.”

It was a Masters title, too, that extended his own record—set three times over during his 2017 run—as the oldest champion at this level. And into the bargain, he became the first man in 2019 to win more than one title.

And there was one more bonus. As Federer worked his way through the Dubai draw during the last week of February, he was No48 in the Race to London: March catapulted him to No1 in the Race.

Of course, the overall 12-month rankings paint a very different picture. Federer is back up to No4, but is a country mile behind Australian Open champion Novak Djokovic, who has almost exactly twice as many points and, like Federer, has few to defend through the next month or more.

Yet the 37-year-old Federer, having opted out of clay tennis, broadly speaking, since before his knee surgery at the start of 2016—his brief ventures in Monte Carlo and Rome months after that surgery were, he later admitted, seriously premature—is throwing caution to the wind with a return to Madrid and Roland Garros.

His reply, when this writer asked him in Dubai about his reasoning, was simple:

“I think the decision was based purely on, I would like to play the clay again… I think after not playing for two years, also missing the French three years ago because of injury, the team understood that I was in the mood to do it again. I did grow up on clay, after all.

“I felt like my body is strong enough again to do the surface changes from hard to clay to grass to hard again. In the past I felt different… Quite honestly, I was also happy to take two, three months away from the game, enjoy family, enjoy being away with my friends.”

Then in Miami, he also made it clear that this was not a bid to regain the overall No1 ranking—that indeed such an ambition was verging on the futile. His desire continues to be driven by playing and by winning titles.

“I think it’s not reasonable to think that way at 37. I think it was one of the favourite moments in my life last year in Rotterdam when I was able to get back to No1 at 36, having won the Australian Open and Wimbledon in the same year, and winning the Sunshine Double and all that stuff, it just aligned itself beautifully. [But] Novak has just won three Slams, so I think it would be a bit of a joke if I said [No1] was my goal.”

It is, in fact, entirely likely that Djokovic will be leading the Race even before Federer embarks on his first match in Madrid. And although the prestigious Spanish tournament has yielded some of Federer’s best clay results—victory on the red stuff in 2009 and on the blue version in 2012—he has low expectations of any repeat.

“I’m not very confident going into this clay court season—I didn’t even remember how to slide anymore. You know, I’m taking baby steps at this point. To be honest, I didn’t play one point, not one shot on clay, I don’t believe, last year. Two years ago, I played two days. Three years ago, I played not feeling great in Monaco and Rome. So it’s been so little that I really don’t know what to expect…

“Madrid is, like, let’s see what happens. Obviously I want to be ready for Paris. I hope all of that work is going to pay off for the grass court season and also for the hard-court season… It’s a good challenge, good test. Confidence? I don’t know, it’s in no-man’s land. It’s just there if I play well. I have to start from scratch, really.”

A new phrase for a new phase in a great player’s career, then. How often has Federer said ‘no man’s land’ in the context of his tennis? Seldom.

But what is familiar is the Swiss man’s ability to adjust, to experiment, to surprise, to accept a new challenge and, if the body—and wife Mirka—are willing, go full throttle for the thrill of it, for the enjoyment of it. Yes, he admitted after winning in Miami, a Masters victory might be a good place to call it a day, but why would he?

“And not come back here next year? Sure, it would be a perfect scenario. But as I don’t know what the situation is for next year, I can’t say that. I hope to be back next year, but if I don’t come back ever again, this is a good end, anyhow… But I didn’t have any thoughts about this kind of direction before the event—and [with a smile] it won’t change now that I’m sitting here with the trophy.”

The Gerry Weber Open, Halle, has confirmed Federer among four of the current top six ranked players, along with Alexander Zverev, Thiem and Nishikori. The Swiss will attempt to win his 10th title after falling one win short last June.

And at the Swiss Indoors, Basel, in October, Federer will also be targeting a 10th title, this time as defending champion. The tournament, where Zverev is again confirmed, has announced that Federer will, unusually, play his first match on opening Monday—21 October.