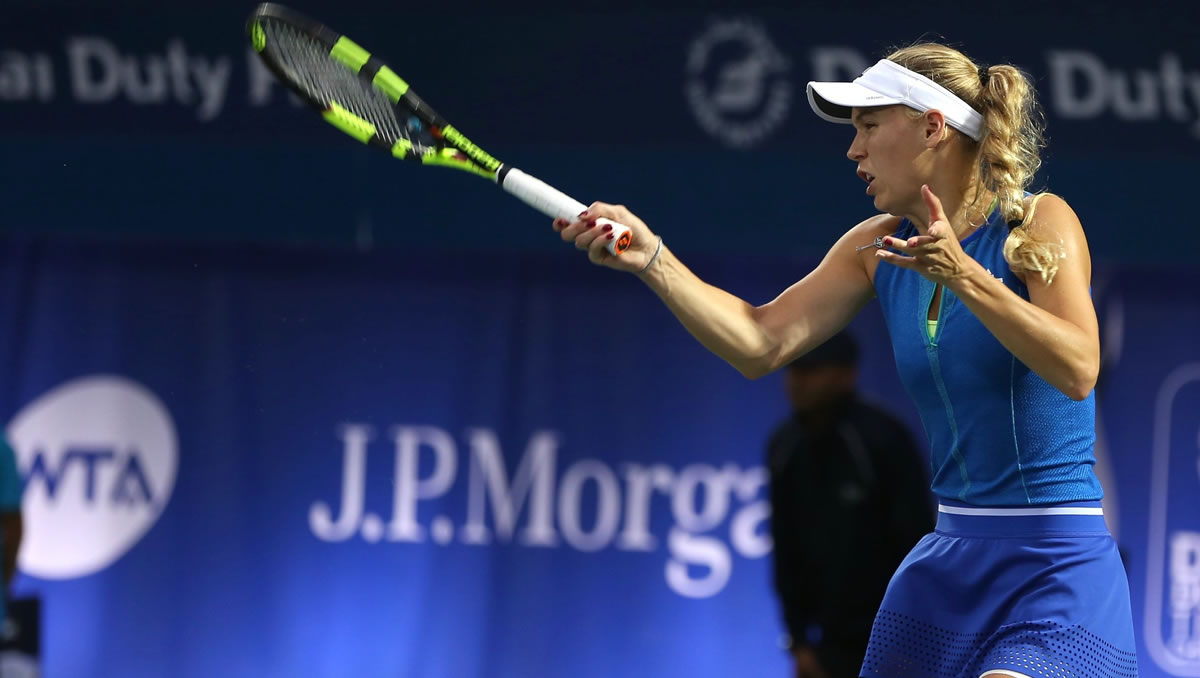 • Kerber, Muguruza and Azarenka each seeks first title of year in last hard-court tournament until mid-July

After the big Australian Open swing in the baking heat Down Under, sorties into high-temperature venues in the Middle East, followed by a March packed by the two biggest non-Major tournaments, first in the dry heat of California and then the sultry heat of Florida—and Indian Wells and Miami fill the entire month—it is time for a new look, a new style of tennis, and a new vibe.

The clay season is the longest unbroken sweep on a single surface in the calendar. It begins with the coming of April and brooks no argument until the grass season bursts into life in June—12 straight tournaments for the women, and 12 for the men, both tours culminating in the historic headquarters of terracotta tennis, Roland Garros.

But while the men’s tour offered some clay detours to Latin America during the first quarter of the season, for the women, the first week of April is the first week of clay, full-stop. That it happens to continue the tour’s residency in North America, and is played not on the golden grit of Europe’s great cities but on green clay, simply makes the sudden transition a little easier.

Unlike the men’s tour, there is no break in the calendar between the Miami Open and the new swing: the WTA’s Volvo Car Open in Charleston is already into finals weekend, but the slightly harder, slightly faster green stuff makes it a valuable bridge to what follows.

Many, of course, opt to bide their time, rest a little, prepare for the journey to Europe, and switch their training straight to the red stuff. None of the top five women are in Charleston—just three of the top 10—and No5 Angelique Kerber is among the clutch of players who have opted instead for one more shot at a hard-court title in Monterrey.

Kerber cannot break back into the top four even if she wins, but with just one deep run in the first quarter, to the final of Indian Wells, she has the energy and motivation to build some momentum ahead of the big clay tournament in her home country, the Stuttgart Premier, which she has won twice before.

So who are the women to watch in the coming 10 weeks? Who has previous form on clay, and who has taken strides up the ranks during the hard-court season?

The story so far

Thus far, all 14 tournaments have been won by a different player, and that will extend to 15 this week. No8 seed Madison Keys claimed her first career win over top seed and former champion, Sloane Stephens. It marked her first win, indeed her first set, over good friend Stephens in three previous meetings, including the 2017 US Open final and last year’s Roland Garros semis.

The only remaining former champion in the semis is No5 seed Caroline Wozniacki, who took the title eight years ago. Until this week, the Dane had won just five matches in 2019. She is one of the final four this weekend:

Meanwhile, the 2015 Charleston champion, Kerber, plays the semis in Monterrey, where the four-time champion Anastasia Pavlyuchenkova lost out to Victoria Azarenka in the quarters. Defending champion Garbine Muguruza is still in the hunt, and attempting to reach her first final since winning the Mexican title a year ago:

· Ashleigh Barty cracked the top 10 following her title run at the Miami Open, where she beat three top-10 players, including a first win over Petra Kvitova. Barty’s first Premier Mandatory is her fourth and biggest title to date, with her first coming just five months ago at the Zhuhai Elite Trophy.

· Karolina Pliskova made her first Premier Mandatory final in Miami, continuing a run that has seen her reach at least the quarters of every tournament she has played in 2019.

· Bianca Andreescu, age just 18, began the year ranked 152, having yet to win a main-tour match: She has now gone 31-4 this season. She surged to the Indian Wells title before retiring in the fourth round in Miami, to reach a rank of 23. This season alone, she has won twice against Kerber, and once over Elina Svitolina, Wozniacki, Muguruza and Venus Williams.

Key facts and stats this season and beyond