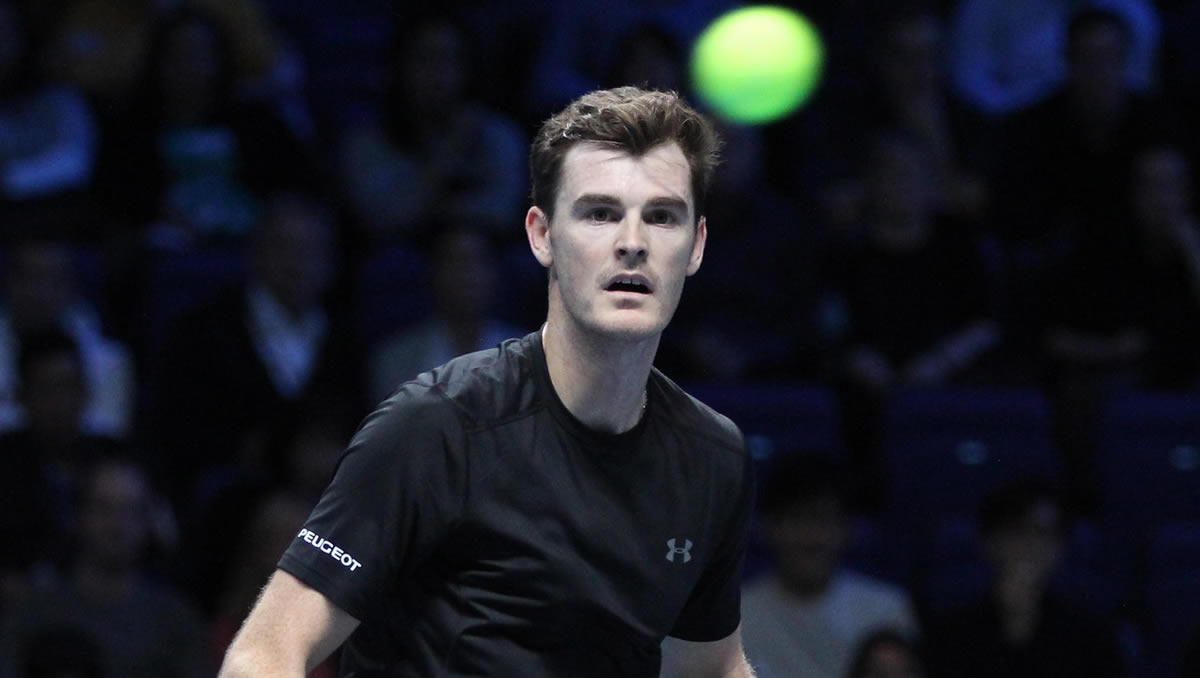 The results, of course, would not matter, and that was just as well, because Jamie Murray, the only man among the quartet that christened Court No1’s new roof, looked a little out of his depth.

Not on the tennis front, needless to say. But in the company of three former singles Wimbledon champions, all big personalities and long-enough retired to have played these kind of exhibition matches before, he took his time to join the ‘fun’ party.

It helped that he partnered Goran Ivanisevic, and one of the tournament’s most beloved champions soon had the fans roaring with delight: holding down the net for his partner’s serve, starting a second rally mid-point, playing the clown.

Facing them was another all-time favourite, Lleyton Hewitt, who shared the court with compatriot Pat Cash, though it was hard to believe that Hewitt really was retired. Looking younger than his 38 years, he bustled and hustled as much as he ever had. And with his contemporary Roger Federer still winning titles and riding high in the ranks as he heads to 38, perhaps there were some pangs of regret that he was back at Wimbledon for entertainment rather than for titles.

But Hewitt won his first Major at 20, became the youngest No1, and put his body through more in winning his 30 titles than Federer has probably done in winning his 101. Countless surgeries tell their own story.

But from both sides of the court, there was plenty to enjoy, not least plenty of old-fashioned volley skills, lob pick-ups, tweeners, three-against-one formations, and the obligatory subbing in of a ball-boy to keep Murray and Ivanisevic in the hunt to a tie-break—though the Aussies finally won, 7-6(5).

Yes, Murray was the ‘serious’ one of the quartet, but then he was the one still picking up titles in doubles—and he has six Major doubles gongs to his name—and still hoping to add a Wimbledon men’s doubles title to his mixed ones.

And one of the inevitable questions he faced after the festivities were done, was whether he would attempt to win that title with brother Andy? He laughed.

“I don’t think we’re going to play doubles at Wimbledon this year. I know a lot of people have talked about that but I don’t think it’s going to happen. I mean we’d both like to. Just depends on the situation in both our careers.

“I mean obviously it was talked about this year because of what happened in Australia… but I don’t think that’s going to happen this year.”

What happened in Australia was the latest in a catalogue of hip problems for the younger of the Murray brothers, and his decision to undergo the kind of surgery that could end his career. Few who saw it will forget the tear-stained press conference in Melbourne when he addressed that very possibility.

Needless to say, Jamie was asked about Andy’s progress.

“He’s doing alright, he’s doing OK, just taking things slow. I think he’s on track with his recovery based on when he got the surgery and what he can do just now.

“[He’s] not putting a time limit on things which is smart. He doesn’t need to. I guess just try and get his hip as strong as he possibly can so that when he does get back out on court and training, he’s in the best possible situation to find out what level he can back to.”

“It’s impossible to tell [what level that might be], because nobody’s done the surgery and come back to play singles. So for him, there’s a lot of unknowns. Like I said, get his body as strong as he can so that when he does get training, he gives himself the best chance to know what’s going to be possible and what’s not.”

And of course, the elder Jamie has his own career to consider. He is now 33 years old, and has enjoyed several very successful years with Brazilian Bruno Soares, including victory at the Australian and US Opens and reaching No1. With this in mind, he was pragmatic about pairing up with his brother any time soon.

“I think for me personally, these are the peak years in my career. If I go to Wimbledon and I play with somebody who hasn’t hit a tennis ball for eight months to a year, I’m kind of giving up one of those years, so that’s a big decision for me to take.

“Obviously circumstances might dictate otherwise, but as far as I’m concerned, I want to give myself the best possible chance to win the tournament. Normally [smiling], I would have good a chance with Andy, but probably right now is he’s not at his peak moment.”

Murray, taking a brief break from the clay ahead of the French open, was playing at an unseasonably early time of the summer at Wimbledon to test the efficacy and impact of the new Court 1 roof, but was clearly delighted to be part of the event.

“It was a lot of fun, such a cool thing to be a part of. I remember watching on TV when they had the opening of the Centre Court roof, and it was a really iconic moment for the Club, and I’m sure this is as well. So when they asked if I would be a part of it, I said ‘Yeah, absolutely, yeah!’

“I love [being back here]. I’m fortunate enough to be a member here so I can come and use the Club during the year, but it’s totally different to when The Championships run and you’re playing in front of a lot of people, a lot of Brits as well—and we always get great support.

“For me, it’s always fun to come out and play in front of a lot of people. That’s what inspired me or motivated me growing up, to try to be a professional tennis player.”

It would not be his lucky day when it came to numbers on the score-board. Partnered with the iconic women’s champion Martina Navratilova, he lost out in the mixed doubles match as well against John McEnroe and Kim Clijsters.

But one suspected he did not mind a bit.

The auction for signed memorabilia continues until 10pm tonight (20 May), with money raised going to the Wimbledon Foundation’s new fund for the homeless, A Roof For All.

To bid, go to www.wimbledonfoundationauction.com