Serena Williams and Roger Federer back after three-year absence

Serena Williams returns after winning in 2016, as Roger Federer continues his clay preparations ahead of first French Open since 2015 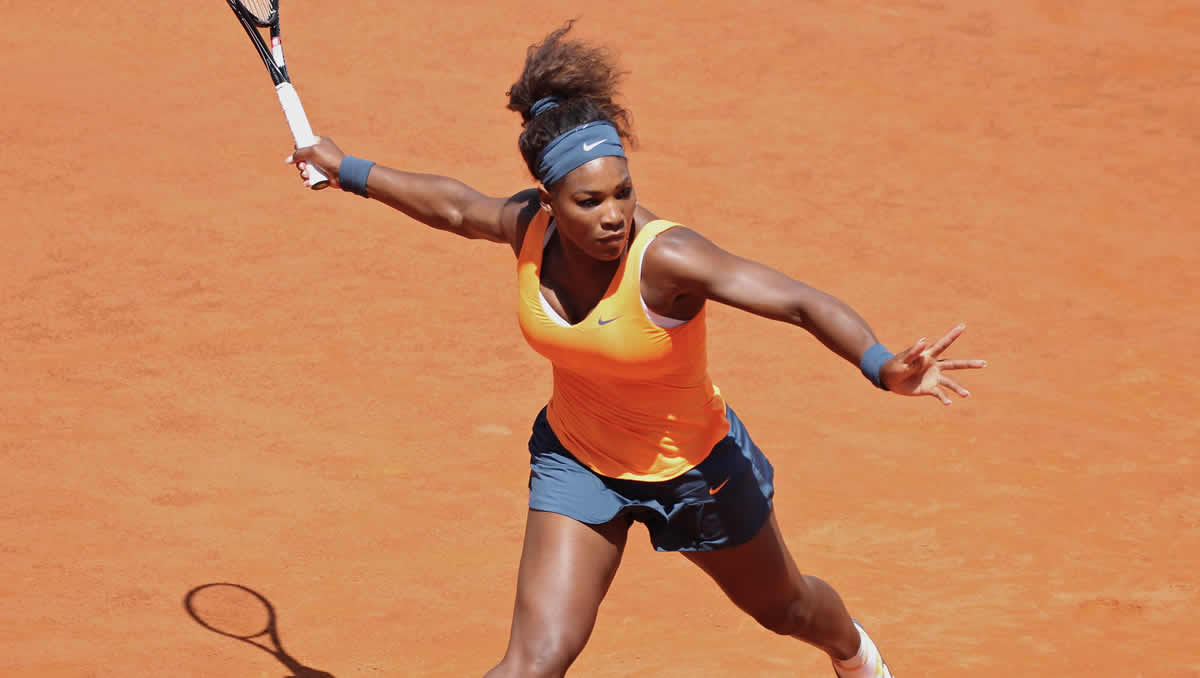 With what seems indecent haste, the final clay Masters and Premier of the year gets under way in Rome before the Mutua Madrid Open has crowned its champions. And hot on the heels of Rome’s clay comes ‘the big one’, the French Open.

Yet the Foro Italico is one of the players’ favourite stops on the tour. The courts and conditions in the Eternal City provide the perfect transition to Paris after the dusty altitude of Madrid. And of course, there is the prestige of one of tennis’s biggest titles on the line, with commensurate earnings and ranking points. Stir in an ambience unlike anywhere else—lively, passionate, yet respectful of the tennis itself—and picture-postcard looks—white marble, blue skies, and two of the most beautiful tennis arenas in this sport—and Rome is a hot spot for tennis fans.

No wonder both the men’s and women’s draws are replete with the cream of players, including two who are making their return after several years’ absence.

Serena Williams, currently ranked 11, will play Rome for the first time since winning the title in 2016. It is only her fourth tournament of the year, and her first since being forced to withdraw from Miami with a knee injury.

Roger Federer, world No3, also confirmed his participation back where his clay hiatus began following knee surgery and then back problems in 2016.

Unlike Williams, the Swiss ventured onto the very different clay of Madrid this week, and put in some good miles to fall match-point short of the semi-finals. But some more match-play to prepare for his first Roland Garros since 2015 affirms both fitness and confidence.

Both the 37-year-old stars have enjoyed success in Rome, though it remains, with Monte-Carlo, a Masters that Federer has yet to win despite reaching four finals and two further semis over a span of 17 years: The ‘Rafa’ effect, of course.

Who can break the glass ceiling?

Rafael Nadal has left little space for challengers on European clay with 11 titles in Monte-Carlo and Barcelona, four on the clay of Madrid, and eight at the Foro Italico. Stir into that formidable clay mix the current No1, Novak Djokovic—one of a rare breed that has been able to beat Nadal on the clay of all three Masters and Roland Garros—and the route to victory for everyone else has been near impenetrable.

For Williams, however, Rome has brought big success: four titles, four more semis, a 43-8 record. And while she has not played for some time, she won the title in three of her last four visits, with that intervening exit coming courtesy of her withdrawal with an elbow injury. Indeed only one woman in this year’s draw has beaten Williams in Rome—other than by withdrawal—and that is her sister, Venus, back in 1998, in their only Rome meeting. Serena went on to beat Venus at the French Open four years later.

Many pundits, though, will be looking beyond Federer and Williams for Rome’s champions.

Most likely to go deep in Rome: men

On the men’s side, Rome’s most prolific champion Nadal may have failed to reach his dozen titles in Monte-Carlo and Barcelona, but he reached the semis in Madrid, and back on the clay most resembling Roland Garros, he remains the man to beat.

Djokovic, who heads the ranks by a country mile, and has his eye set on Roland Garros and thus all four Majors at the same time, is also on a rising trajectory after a lean period following his Australian title run. He plays the final in Madrid, and will relish Rome’s courts even more

Alexander Zverev is a former Rome and Madrid champion, while the youngest player in the top 10, Stefanos Tsitsipas, has won three titles from six finals in the last year, including Estoril last month.

With his defeat of Nadal to reach the Madrid final, the young Greek now has wins over all five top-ranked men, and is closing in a top-five place himself. This time last year, he was ranked 43, but he has already stacked up the most match-wins this season, 27.

Most likely to go deep in Rome: women

As for the women’s draw, Simona Halep fell just short of reclaiming the No1 ranking with her runner-up finish in Madrid, but can make the charge again in Rome, where she has been runner-up for the last two years.

The woman to beat her in 2017 and 2018, Elina Svitolina, has this year been struggling with knee problems, and to complicate matters further for the Ukrainian defending champion, Svitolina could face the unseeded Victoria Azarenka in her opening match.

One of the favourites must now be Kiki Bertens, who looked majestic in her run to the Madrid title, and up to No4 in the ranks. She beat Jelena Ostapenko, Anastasija Sevastova, Petra Kvitova, Sloane Stephens and Halep—that is four Major champions—without dropping a set.

Bertens is one of only two women to win more than one title this year, and the other, Kvitova, is also a contender in Rome, where she too returns for the first time since in three years. Her form has been outstanding in 2019, 26-7 thus far, with titles in Stuttgart and Sydney, finals at the Australian Open and Dubai. And she has, it so happens, avoided Halep, Williams, world No1 Naomi Osaka, and Bertens in her half.

No6 Kevin Anderson, No10 John Isner, No16 Milos Raonic,

No4 Angelique Kerber, No23 Bianca Andreescu, No24 Donna Vekic, No28 Maria Sharapova, No34 Camila Giorgi, No36 Petra Martic