Lleyton Hewitt, one of eight former Wimbledon champions at the event: “This is just a small way for us to give back” 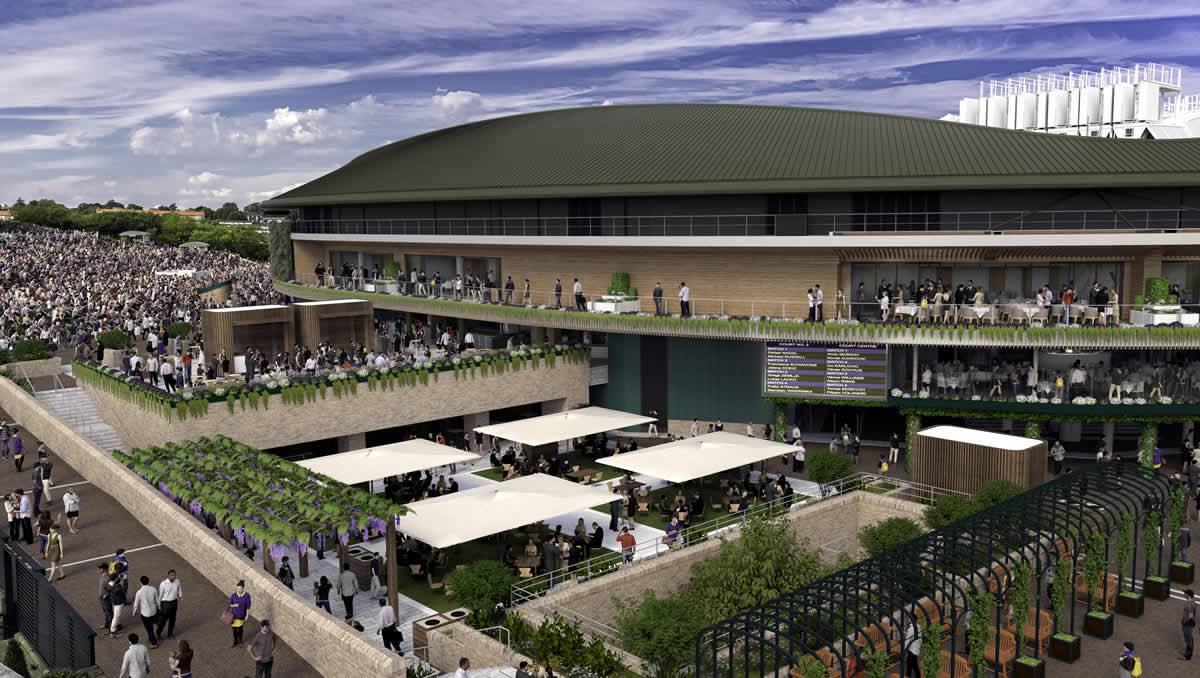 It has been a long time in the planning and building, and now the new roof over Wimbledon’s famous Court 1 was doing double duty: Not just a boon for tennis fans during the Championships fortnight but a helping hand for the homeless.

The weather may or not have played along on this May Sunday—blue skies while the roof was open, followed perhaps by a shower or two to christen the new roof would have been perfect—but this was a red-letter day either way.

A quick run-down of the players who had turned out to play under the new mechanical wonder bore testament to that. Martina Navratilova, John McEnroe, Venus Williams… all multiple champions in both singles and doubles before there was even a roof on Centre Court.

But this event also celebrated a new fund for the homeless, A Roof For All, set up by the Wimbledon Foundation to help address this critical need across London. In the last three years alone, there has been an increase of 73 percent in rough sleepers across England.

So to mark the fifth anniversary of the Foundation, the Championships partnered with the London Community Foundation to create a Homelessness Fund, which will receive some of ticket proceeds from the No1 Court Celebration along with the money raised by a special auction.

In addition, further funds will be set aside for larger pan-London homeless charities with a focus on young people and employability schemes.

In the event, the overcast skies did drop some rain, around half an hour before the celebrations began. Yes, the roof would be tested.

And soon after, the rain stopped, so the ticket-holders could spread their wings through a long afternoon of events, enjoy the wide-open spaces of the surrounding courts—no barriers, no seats, just expanses of pristine emerald turf—and wander the quiet grounds.

Not that the fans stayed away for long. There was rock music and classical music courtesy of Paloma Faith—who needed four assistants to help her onto court, so vast was her orange costume—and tenor Joseph Calleja, whose rendition of Nessun Dorma did not raise the roof but filled the auditorium to the rafters.

McEnroe, a mellow veteran now, played up to the crowd, shouting ‘You cannot be serious’ to the delight opponents, orchestra and fans.

And there was enough tennis—doubles, singles and more doubles—from old favourites such as Kim Clijsters and Goran Ivanisevic to please the paying fans. Stir in interviews and reminiscences from Sue Barker, McEnroe and Tim Henman, and a highlights reel of emotional moments from Court 1’s history, and it was a delight.

It would be over by 5.30 in the afternoon, and the sun came out as the roof was opened in valediction. It had been fine few hours, but perhaps most importantly, it had raised both the profile and the money for the less advantaged.

Hewitt, part of the opening doubles match, said of the fund-raiser:

“Obviously playing for the Wimbledon Foundation as well, it’s pretty special to give back to the sport, and the Wimbledon Foundation has done so much to try and get kids involved in tennis, and I think that some of us guys that have had 20-plus-year careers have been very fortunate to be around the world and play this fantastic sport, so this is just a small way for us to give back.”

Pat Cash, who shared the win with Hewitt in that opener, added:

“All the players have come in and they’ve donated their fee to charities and to the money here. The Wimbledon Foundation is something I’ve seen for a long time, being a member of the Club, I’ve seen the really good things that they’ve done in the community, and they’re branching out a little further now. They really do a lot of great things and so that is going to benefit certainly the community. The players are very happy to donate the money to their own charities.”

The auction continues for another day, until 10pm, Monday 20 May, with prizes sure to appeal to tennis fans globally. They include:

· The opportunity to play tennis with Tim Henman at Wimbledon;

· VIP tickets to each of the Grand Slam finals;

· A weekend in Paris courtesy of The Championships’ Official Outfitter Ralph Lauren;

The funds raised by the auction will be used by the Wimbledon Foundation to support a variety of causes in line with its four goals: strengthening the local community, supporting healthy and active lives.

To bid go to www.wimbledonfoundationauction.com