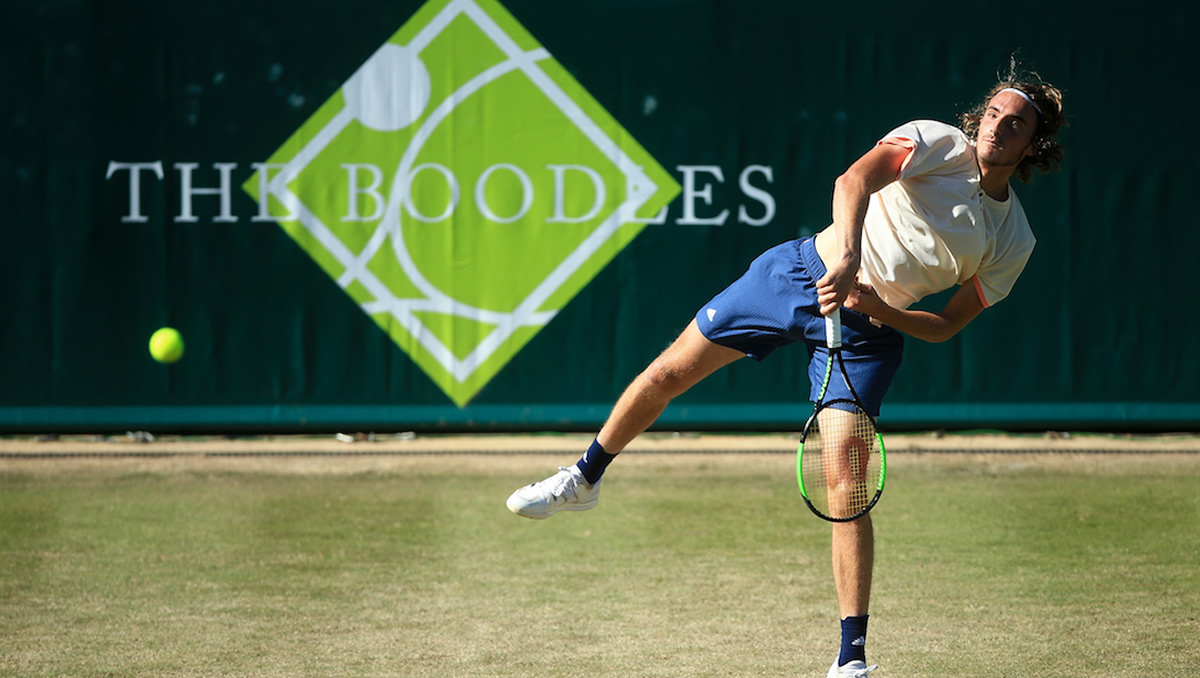 After three months of sweating it out on the hard courts of Australia and North American, and two months skidding across the red clay of Europe, it is at last the turn of grass, even if the ‘expanded’ green season still lasts just a single month.

This is, for the players, a modest window in which to make their adjustments in movement and tactics, and acclimatise to the low-bouncing spring and sap of turf.

But the extra grass week between Roland Garros and Wimbledon, added in 2015, has brought something of a blossoming of tournaments in the schedule, from the distant eastern Mediterranean Turkish coast to the oh-so-traditional environs of English clubs up and down the country.

None of these venues is more elegant than the Stoke Park Country Club, host for The Boodles tennis event. And each year, this sweep of lawns in the Buckinghamshire countryside, which is just a hop, skip and a jump from western London, attracts some of the cream of tennis.

This year, the exciting 20-year-old star who has surged to No6 in the ranks, Stefanos Tsitsipas, has confirmed his return.

The young Greek has been a regular at The Boodles since he came as a junior in 2016, the year he went on to win the Wimbledon Boys’ Doubles Championships. During his 2018 appearance, Tsitsipas was ranked 35, and went on to reach the final of the Toronto Masters, win Stockholm and the NextGen Finals, beat Roger Federer to reach the semis of the Australian Open, win in Estoril, and beat Rafael Nadal on his way to the Madrid final.

“The Boodles is such a great event, I’m excited to play again this year. It’s always a lot of fun while giving me the perfect preparation for Wimbledon.”

Joining Tsitsipas will be former US Open champion and double Olympic silver medallist Juan Martin del Potro. The Argentine, currently ranked No12 in the world, is finally injury free after several surgeries and, at full fitness, is again a threat on grass leading into Wimbledon.

Denis Shapovalov is one of an exciting crop of Canadian players making a real impact on the ATP World Tour. Aged only 20, Shapovalov is currently ranked No25 and, as one of the exciting ATP Next Gen, he has a game that is pure box office.

Who plays where in grass’s six pre-Wimbledon events