Djokovic-Zverev and Thiem-Khachanov QFs have also been bumped to Thursday, while postponed women's SFs will take place on Friday 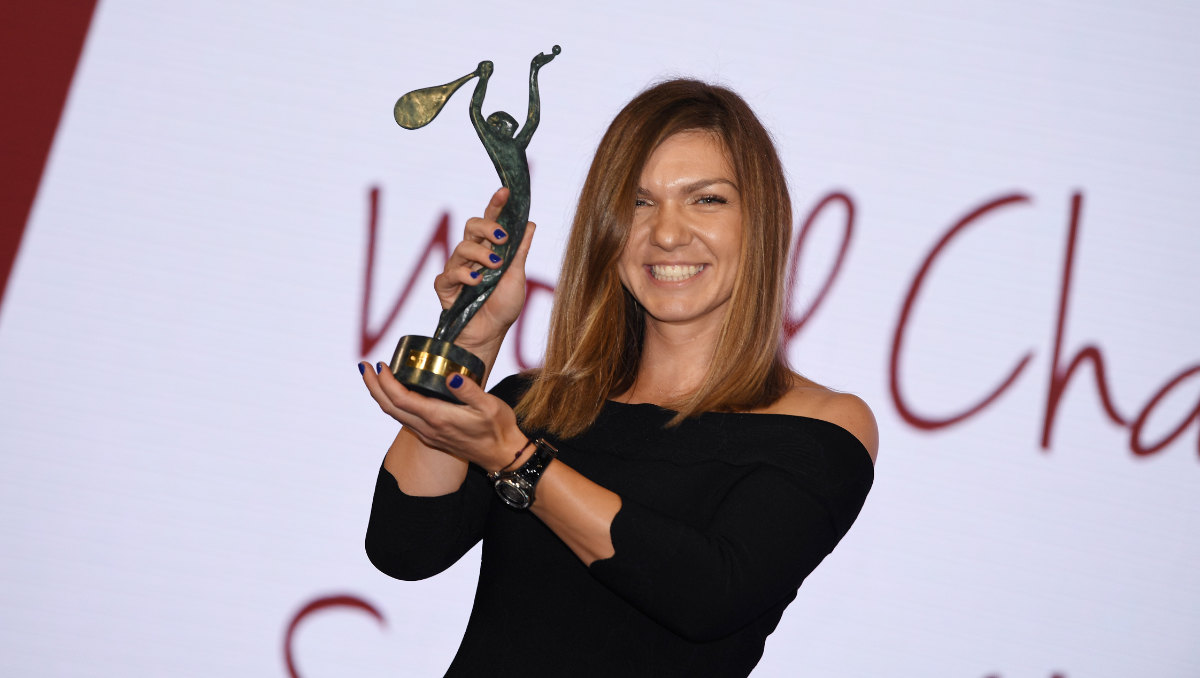 In the bottom half of the Roland Garros women’s draw, just one of the original 16 seeds still stood standing at the conclusion of the quarter-finals. That woman was the 26-ranked Johanna Konta who, until the week before the French Open was ranked too low to be seeded at all.

But the Briton who had slipped to 46 in the world as she transitioned to the clay from two Fed Cup victories in late April was about to turn a corner—or rather slide into the big time.

First she reached the final in Rabat, her first final on clay, then she made the final in Rome, beating Sloane Stephens and Madrid champion Kiki Bertens on the way. She had never previously passed the quarter-final stage on the red stuff, and until Rabat, had never won more than two consecutive main-draw matches on the surface since qualifying for Roland Garros in 2015.

It all put her among the seeds, and on the red grit of Paris, this particular seed has blossomed: From losing in all four previous opening matches, she has worked her way to the semi-finals. And apart from dropping one set to Lauren Davis in the second round, she has beaten each opponent for the loss of six or fewer games.

Her most impressive win was over last year’s runner-up Stephens, who also happens to be a former US Open champion, and No7 seed. Konta made her look pedestrian.

Konta was joined in the semis by Marketa Vondrousova, a brilliant teenager who was, by coincidence, ranked 47 during April’s Fed Cup tie, but she just missed out on a seeding despite winning in Istanbul—and it may have been Konta who was to blame, for the Briton beat the 19-year-old Czech in the Rome quarter-finals.

Vondrousova arrived in Paris ranked 38, but the exciting variety of shot and touch that the young left-hander has cultivated, along with her nimble speed, cut through no fewer than three seeds, and she dropped not a single set to reach her first Major semi-final.

And come Thursday, she would play it against the last woman to beat her: Konta. That, and their only previous meeting—won by the Czech—went to three sets. What is more, these two have posted the most wins on the tour since this year’s Australian Open, 26-5 for Vondrousova and 23-6 for Konta.

Something will have to give, then, for one of them to reach their first Major final. But their lot was considerably better than that of the other four quarter-finalists.

Roland Garros site has been showcasing many new features this year as its expansion and improvement plans come to fruition. The elegant blond curves of the wood-and-leather seats inside Philippe Chatrier are echoed in Suzanne Lenglen and the beautiful new court-on-the-garden Simonne Mathieu.

But this tournament has invariably been plagued by its weather—by rain, by heavy humidity, by sultry sun or sandblasting winds. Storms rise at intervals to clear the air—such a one sent players and fans rushing for shelter from the lightning during the men’s quarter-finals on Tuesday. And the one vital feature that has yet to be completed at Roland Garros is the roof over Chatrier.

This year, the ‘serious’ weather held off until the quarter-finals, but such is the concertinaed women’s draw in the second week that long delays can be devastating to half the players.

Around an hour before defending champion Simona Halep took on the other unseeded teenager in the last eight, Amanda Anisimova, and No8 seed Ashleigh Barty engaged with No14 seed Madison Keys, the heavens opened.

Projected start times came and went, for this was not thunderbolts and lightning, rather a persistent, moderate flow—undramatic but unrelenting.

Such a day is hard for the players, and almost as hard for the fans with little shelter and little entertainment to fill the hours. But the timing could not have been worse for the four women: It is at this stage that that the alternate-day schedule converges ahead of the women’s semi-finals. While Konta and Vondrousova enjoyed a day off, those scheduled for Wednesday did not: the women’s semis were scheduled for Thursday. Rain on this day, therefore, has a devastating impact.

But there was no choice: they decided to pull the plug at 4.30 in the afternoon, with the promise that fans could reclaim their ticket prices but also access Lenglen come Thursday. And that would be a visit worth making, since the schedule did not just contain the two women’s quarter-finals but the equivalent pair of matches at the top of the men’s draw, split between the two show courts [see revised schedule below].

So the women’s semi-finals would be postponed to Friday, with the final on Saturday, but whether the men’s semis could still be played on Friday would depend upon—yes, the weather.

But looking to the women’s semis, which of the last four quarter-finalists could expect to meet?

Halep has been perhaps the favourite for the title since the start of the tournament, especially with early losses of key rivals: Petra Kvitova withdrew before playing a ball; No1 Naomi Osaka struggled with form from the start and lost in Round 3, and it was a similar story for Serena Williams; Angelique Kerber and Caroline Wozniacki lost their openers; Karolina Pliskova and Elina Svitolina fell in Round 3; and No4 Bertens fell ill after her first match.

So the focus remains on Halep, with her 28-8 stats at Roland Garros, 13-1 over the last two years here. But she will not underestimate the prodigious talent of 17-year-old Anisimova, who started the year ranked 96, made the fourth round at the Australian Open, won on the clay of Bogota, and is now ranked 51.

The young American is the first player, male or female, born in the 2000s to reach a Major quarter-final, and she has done so without dropping a set—and faced only one tie-break.

The 23-year-old Barty has a style of tennis that seems to thrill all-comers: versatile, nimble, full of variety and touch, yet her petit figure belies a remarkably potent serve. Indeed, she leads all the quarter-finalists in aces served in the tournament, 26. She is already at a career-high No8, and is guaranteed to rise further next week. Certainly, she has proved her worth this season, after winning the prestigious Premier Mandatory in Miami via three top-10 players.

She and Keys have shared their two matches thus far, Barty winning this year, but Keys winning right here in 2017. And the powerful American has form in Paris—she was a semi-finalist last year—and opened her clay account this year with victory in Charleston. The former world No7 has been dogged by wrist injury in recent seasons, despite still being only 24 years old, but survived two tough three-setters to reach the quarters. So if she is fully fit, this could be a very close contest.