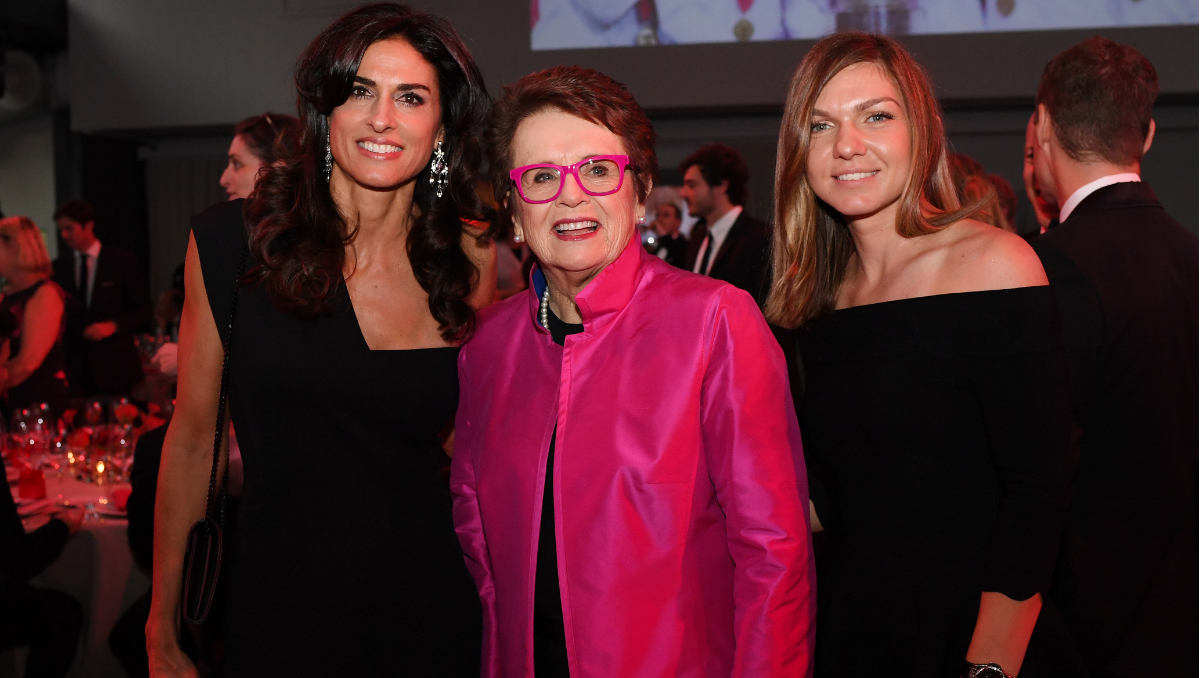 Gabriela Sabatini, the 1990 US Open champion and five times a French Open semi-finalist, was presented with the ITF’s highest accolade, the Philippe Chatrier Award, at the 2019 ITF World Champions Dinner on Tuesday in Paris.

Sabatini, who was inducted into the International Tennis Hall of Fame in 2006, enjoyed an outstanding career that also included the Wimbledon doubles title in 1988, the same year she won the Olympic singles silver medal in Seoul. She retired in 1996 with 27 singles titles and 14 doubles titles, having reached a career high singles ranking of No3.

Sabatini has continued to contribute to the sport and spends a significant amount of time promoting tennis and helping children around the world, working with UNICEF, UNESCO, the Special Olympics, and as an Athlete Role Model at the 2018 Buenos Aires Youth Olympic Games.

“Being here at Roland Garros is very special to me. It was here where I made my first big achievement; winning aged 14 years old the junior tournament. This title was important both in my tennis career and in my life. At that moment, I was too little to realise what was happening. I was just happy knowing that I was going to play tennis and I ended up at this junior tournament, winning Roland Garros and becoming the No. 1 in the world in juniors.

“During my career I went through difficult moments: travelling by myself around the world, coping with different pressures and missing my country [Argentina] and friends. I was living a different life than any other girl would have at that age. But in the end all that effort was worth it. Tennis gave me wings; it has strengthened me physically and mentally.

“I learned from winning, but more from losing. More than 20 years have gone by since my retirement, and the mark that tennis has left on me will be forever.”

“All my hard work has paid off and I’m so happy to be here tonight. Even though I play tomorrow, I couldn’t say no to this. It is very important for me and it will be with my top trophies; Grand Slam, No1 and this one.”

I would like to thank the ITF for this wonderful award. It has been an amazing comeback season for me. It started with elbow surgery and it took several months for me to recover, get back on the right track and find the game that would allow me to have arguably the best six months that I’ve had in my career, crowning it with three Grand Slam titles. Hopefully I can keep that streak going here in Paris.”