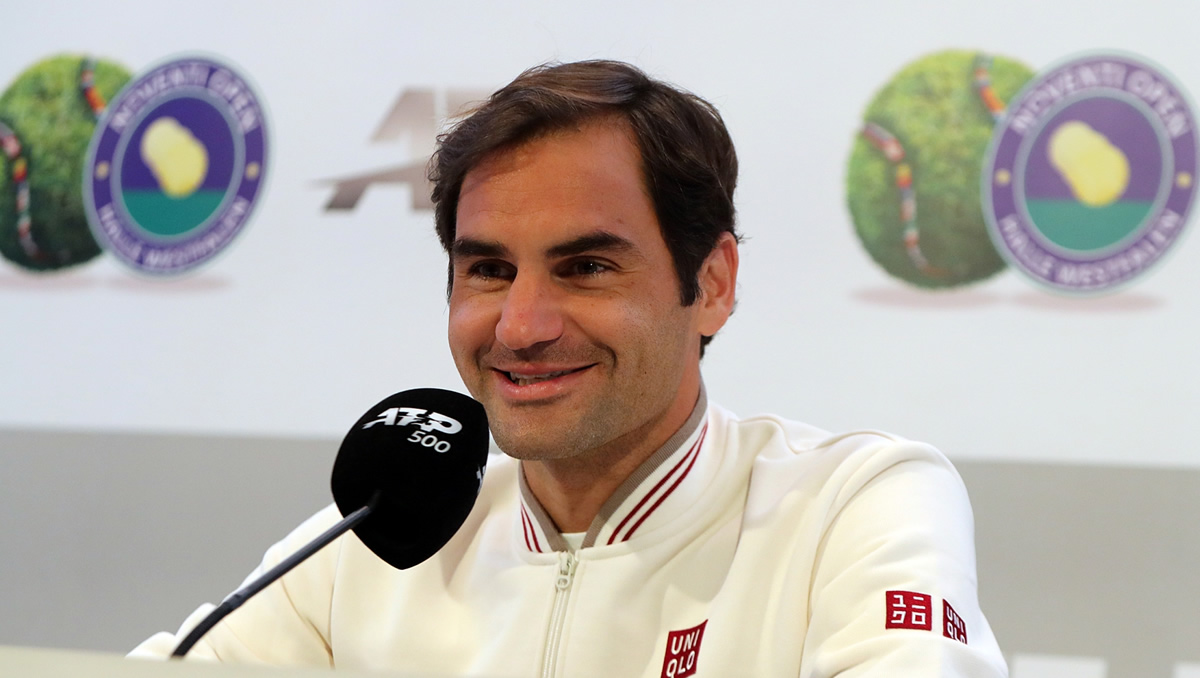 It was an early start for Roger Federer at the Noventi Open on the Sunday before the stars came out to play.

And even allowing for the late withdrawal by Kei Nishikori and Dominic Thiem, the Halle draw boasts three top-10 players, with seven of the eight seeds ranked in the top 20.

But the focus remains firmly on the Swiss star who is in pursuit of the latest new milestone in his career: He is aiming to win 10 titles at a single tournament for the first time. He has nine titles at his home event in Basel, too, but grass has always been his first love, and his 63-7 record in Halle speaks volumes.

This will be his 17th appearance at the tournament, and he has never lost before the quarter-finals. Indeed, the last time he did not reach the semi-finals was in 2001, and he has made a total of 12 finals.

But a look at his career on grass as a whole continues to impress. He has notched up 18 titles—with a record eight at Wimbledon—and that is eight more than the next in line, Bill Tilden and Pete Sampras. Federer’s tally on the green stuff is now 176 match-wins.

He has always favoured the German grass of Halle over the lush carpets of Queen’s, and his lifetime contract with the tournament shone through the 9.30am press conference that launched his campaign for title No10.

“Victory must always be the goal here in Halle. I am injury free, I feel totally well, I just love to play in this place. And that’s why I enter the tournament with a very good feeling.”

And of attempting to win his 10th title?

“It would be just insane to achieve that.”

He arrives, too, with the confidence and positivity of reaching the semi-finals at Roland Garros in his first visit to the tournament in four years.

“It was good to reach the semi-finals again at a Grand Slam, and after a first time in Paris in four years.”

He did, he admitted, take a couple of days off after Roland Garros, but now feels “really fresh, well and ready for the grass. And the grass suits my game. I like the intuitive, aggressive game. On the other hand, it is always a balancing act. The matches are often decided in a few rallies. You must always be alert, very focused.”

His first opponent will the 29-year-old Australian John Millman, who Federer invited to Switzerland for a training block ahead of last year’s grass season. But then Millman beat Federer at the US Open in a tough four-setter in the fourth round.

“John is always a very tough opponent, one who gives nothing away” Federer said. “It is a great first-round match in Halle. John always brings 100 percent to the court. It will be a real test, but maybe that’s exactly what I need.”

Halle, based in the lush, green rolling countryside of Germany, offers one of the most intimate experiences for fans and players. The tournament hotel is on-site, and players amble across the grounds to the practice courts. But there is no escape from the waiting admirers who line the path, and sure enough, Federer signs autographs and takes selfies down the entire length, even—as a video on Twitter proved on Saturday—in the rain.

However, it all makes for a relaxed home-away-from-home environment that Federer enjoys. He explained:

“Where is there a room with such a view? It’s just incredibly beautiful. When friends come here, they cannot believe that you can see tennis from the hotel here. It’s totally cool to see friends and rivals from the balcony in their matches.”

Those friends and rivals will include wild card Jo-Wilfried Tsonga, a possible second-round opponent, and the altogether younger—by 15 years—Borna Coric, who beat Federer in the final last year, and could face him in the semis this time around. Or there is Gael Monfils, ranked 16, who has met Federer 14 times before, and beaten him in two of their last four matches. The Frenchman is another potential semi-final opponent for his Swiss friend.

No wonder Federer relishes his view over the courts: it is the perfect way to keep an eye on the form of those who could deny him his 10th. And no doubt they are all returning the favour.

Queen’s 2019: Tough openers across the board for Britons Edmund, Evans, Norrie – and Andy Murray

Queen’s 2019: Stefanos Tsitsipas has high hopes for grass – and also for London’s O2