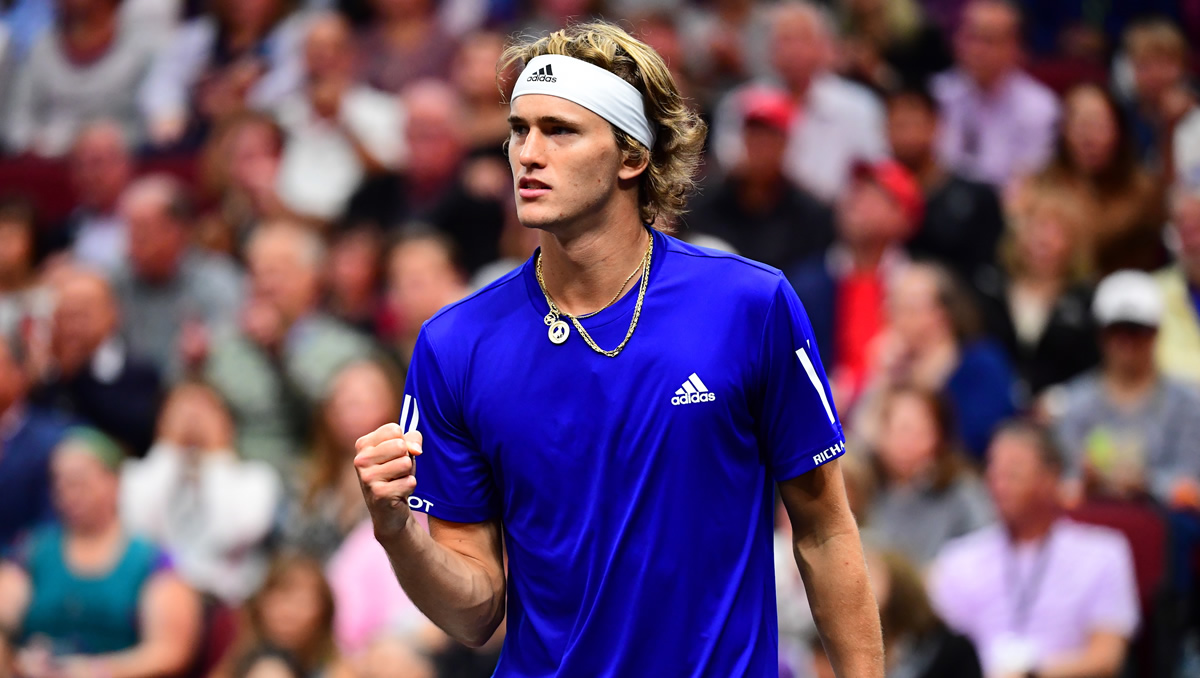 World No4 and French Open runner up Dominic Thiem, No5 Alexander Zverev, and No10 Fabio Fognini, who has entered the top 10 this week for the first time after winning his first Masters title in Monte-Carlo last month, will play for Team Europe at the Laver Cup in Geneva this September.

The impressive trio joins tennis superstars Rafael Nadal, world No2 and the now 12-time Roland Garros champion, and Roger Federer, No3, and winner of the Miami Masters.

Thiem, who came up against Nadal at the French Open final for the second consecutive year, is looking forward to joining Team Europe again. He said:

“Being part of Team Europe at Laver Cup in Prague was an unbelievable experience, it’s so unique being on the same team as the players you are usually fighting against across the net.

“When we played together (in 2017), Rafa and Roger cheered me on from the side of the court and gave me tactics for the matches. It was cool to have such legends of the game supporting me. I’m really looking forward to experiencing the Laver Cup again.”

Zverev, a mainstay in the top five for almost two years, has won 11 ATP Tour titles, including the ATP Finals in 2018 and, most recently, the Geneva Open last month.

“The Laver Cup is one of the most fun weeks of my year,” said Zverev.

“Winning in Prague and Chicago as part of Team Europe has been unbelievable, there’s a team spirit and team atmosphere that’s unlike any other. I can’t wait to get together again and defend our title.”

“I’m very excited to be playing the Laver Cup in September.

“Playing as part of a team is special in tennis, where we are more used to having a one-on-one battle every match. I’m looking forward to competing alongside all the great players on Team Europe.”

Team Europe captain, Björn Borg, is understandably excited about the high-quality team that he believes will defend the title in Geneva.

“I’m delighted to have Dom (Thiem) back in the team. He was a great player for us in Prague and his form is outstanding, as we saw recently in his run to the final at Roland Garros.

“Sascha (Zverev) is not just one of the rising stars of the game, he’s a great team player and loves this competition. Fabio is renowned for his passion and has had an incredible season and I have no doubt he’ll make a great contribution to the team.

“This talented group of players, alongside Rafa and Roger, two of the greatest players of all time, gives us an incredibly strong team and I believe we are in a very good position to win the title for a third time.”

Last month, the Laver Cup team announced that, after two successful years, the tournament would become part of the ATP calendar.

Chris Kermode, Executive Chairman and President of the ATP, said that the reception by tennis fans globally was a major factor in the ATP’s wish to form a partnership:

“The Laver Cup has struck a chord with fans worldwide in a very short time. It’s been great to see the passionate participation of the players and the response from the fans at the sold-out events in Prague and Chicago. This event has great potential to reach new fans around the world, and all of us at the ATP are excited to include the Laver Cup as an official part of the ATP Tour calendar.”

Federer, the instigator of the event named in honour of Rod Laver, admitted:

“As I come closer to the end of my playing career, it’s wonderful to know that the Laver Cup will be part of the tour that I’ve dedicated more than 20 years of my life to. This partnership is a wonderful example of how the tennis family can unite to promote and grow the sport we all love.”

Currently celebrating the 50th anniversary of winning the calendar Grand Slam for the second time in 1969, Rod Laver praised the ATP’s official endorsement:

“I am grateful to the ATP for recognising that the Laver Cup plays an important role in raising awareness of the amateur era of tennis and my fellow ‘barnstormers’. I am honoured and thankful for what has been achieved and to Roger for doing this for us.”

The third edition of the Laver Cup will take place at the Palexpo, Geneva, from 20 to 22 September 2019. Team Europe hoisted the trophy at the inaugural event in Prague in 2017 and in Chicago in 2018.