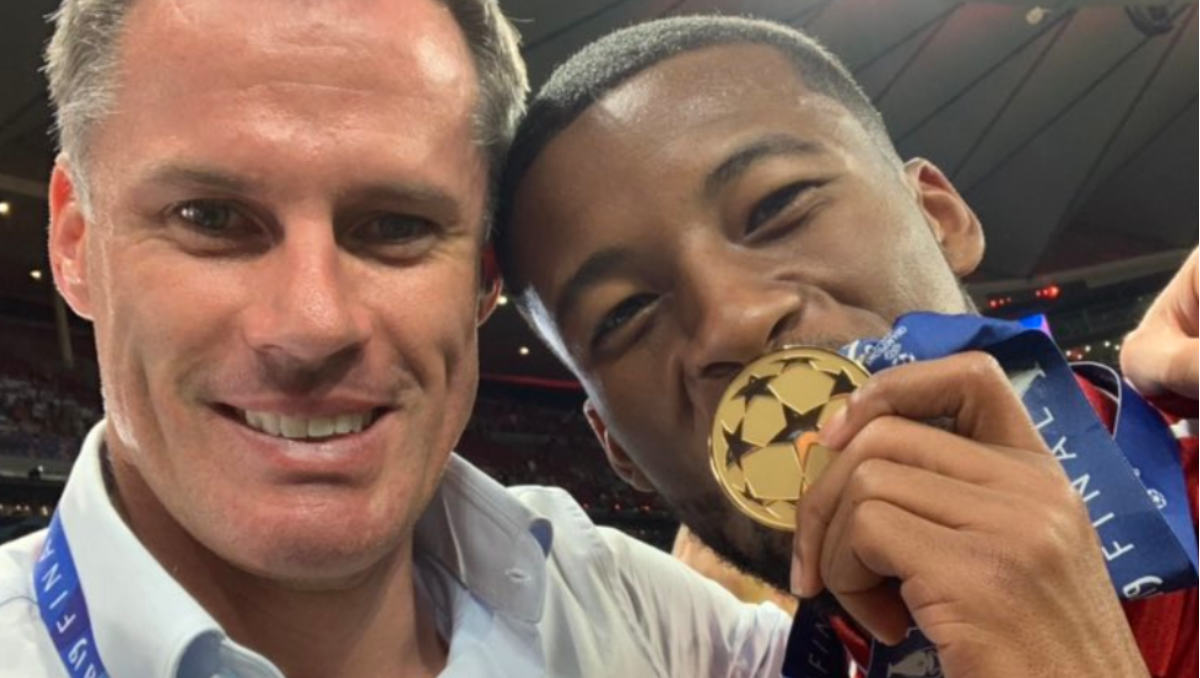 The Netherlands international was named in the Liverpool FC starting line up for the clash against Spurs despite starting the second leg of their semi-final on the bench.

However, Wijnaldum scored twice in the second half after his half-time introduction to help Liverpool FC beat FC Barcelona 4-0 and secure their place in the Champions League final.

The Dutch midfielder didn’t find the net in Madrid but produced a good performance in the middle of the park before he was replaced by James Milner in the 65th minute.

Carragher was part of the last Liverpool FC team to win the Champions League in 2005 before Saturday night’s success.

And the retired English defender posted the above selfie with Wijnaldum and the Dutch midfielder’s winner’s medal following the Champions League triumph.

Liverpool FC have won the Champions League six times, although the Reds lost to AC Milan and Real Madrid in 2007 and 2018.

The Merseyside outfit finished a point adrift of Manchester City in the Premier League title race.