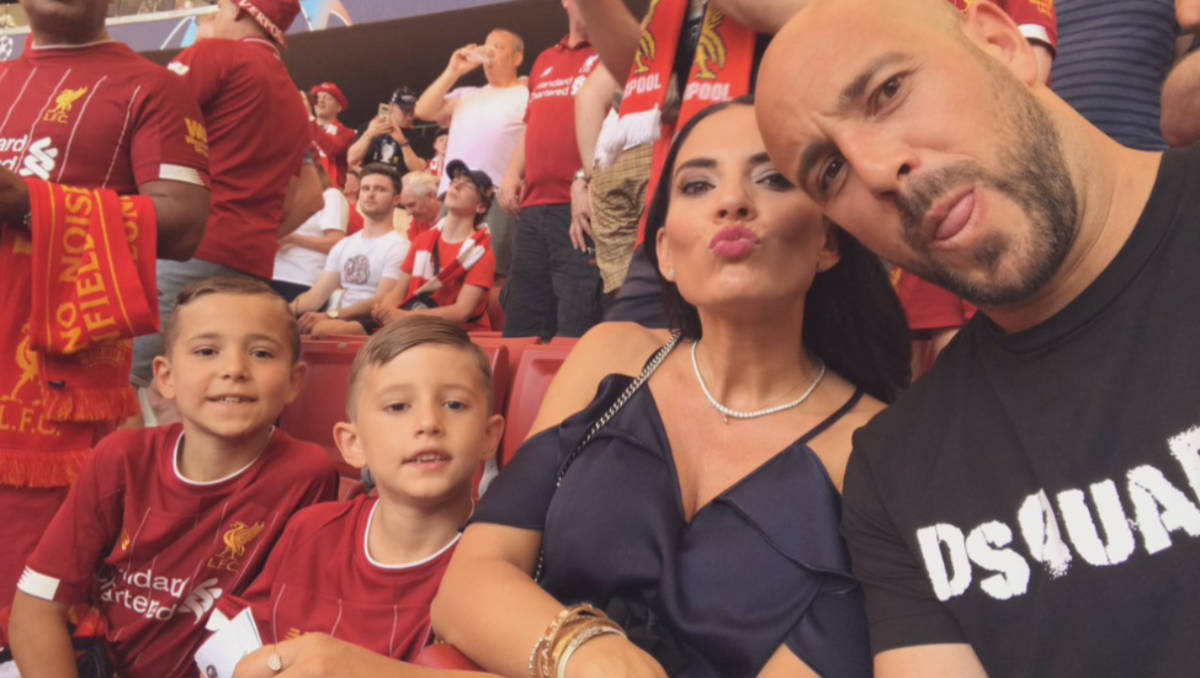 The Reds were looking to win the competition for a sixth time after Liverpool FC suffered a 3-1 loss to Real Madrid in the Champions League final in Kiev last term.

Liverpool FC made the perfect start when Mohamed Salah broke the deadlock from the penalty spot in the second minute after Moussa Sissoko was penalised for handling the ball inside his own area.

Substitute Divock Origi doubled Liverpool FC’s lead in the 87th minute with a precise finish after Tottenham struggled to find a way past the Reds defence.

Spain international Reina played in Liverpool FC’s 2-1 loss to his current employers AC Milan in the Champions League final in Athens in 2007.

The former Liverpool FC goalkeeper posted the above selfie with his family at Wanda Metropolitano following the Reds’ 2-0 victory over Tottenham.

Reina wrote on Twitter: “Has been emotional to watch @LFC lift it 🏆 for the 6th time “LIVE” at the @Metropolitano 😅CONGRATS to all Liverpool FAMILY!!❤️😉💪🏻 #YNWA Get in!!😘”

Liverpool FC missed out on Premier League glory this season after the Reds finished with 97 points but a point adrift of champions Manchester City.