“Regardless of whether I win or lose the match, I can walk off with a smile.” 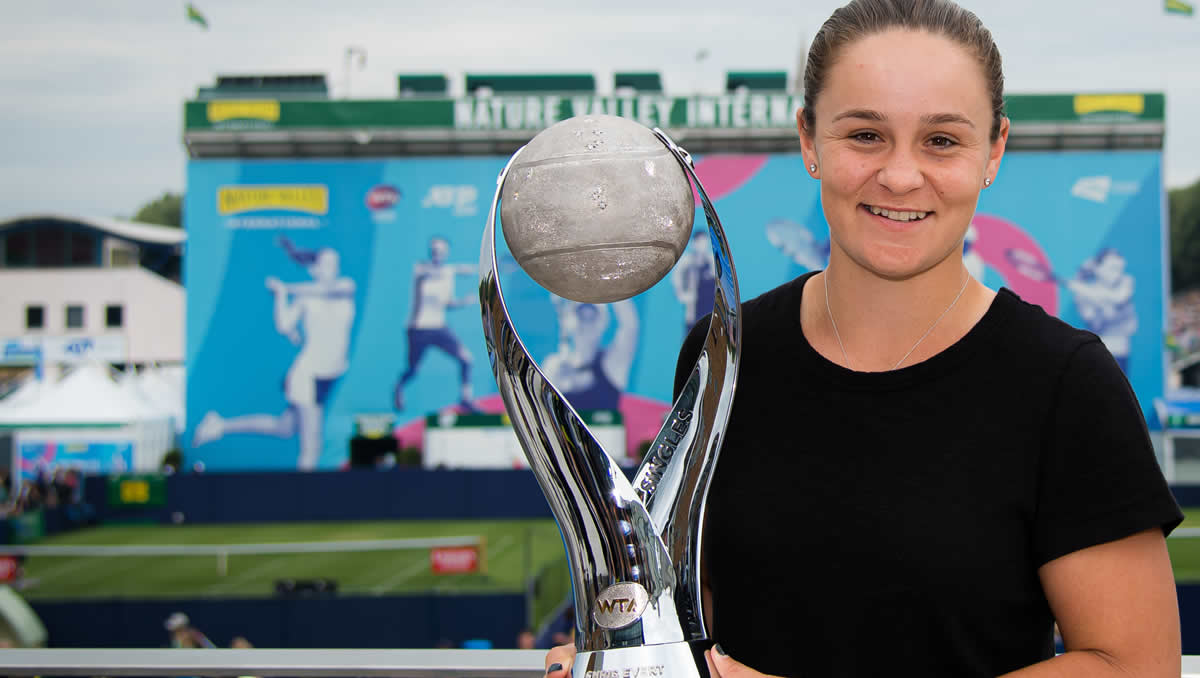 Almost from the moment that Serena and Venus Williams asserted themselves at the top of women’s tennis, it has been hard to look elsewhere for victors when they have been in the draw.

The 39-year-old Venus rose to No1 in February 2002, Serena followed her in July the same year. The younger of the sisters—and Serena is 37—was back at No1 15 years later, with a tally of 319 weeks at the top, after winning her 23rd Major while pregnant with her daughter. It was 2017 Australian Open, and the title came almost 19 years after her first Major, in 1999.

At Wimbledon in particular, the Williams has dominated. Serena has seven titles on London’s grass, while for Venus, Wimbledon has been the most success Major: five titles and four more finals.

And they remain a dominant force, with 30 Major titles between them plus multiple doubles titles and Olympic medals. And at Wimbledon, Serena was runner-up last year, Venus the year before.

And yet… there is change in the air.

Since Serena won that Australian title in 2017, every Major has been won by a different woman except Osaka’s US Open/Australian Open double, and six of those eight champions were first-time winners.

They ranged in age from 20-year-old Jelena Ostapenko and Naomi Osaka to 31-year-old Kerber, with Simona Halep, Karolina Pliskova and Sloane Stephens in the 26-27 range.

Not surprisingly, at the French Open, the draw looked wide open. Perhaps another new name would take the honours, the likes of Kiki Bertens, up to No4 after a fine start to the season and some real credentials on clay—champion in Madrid, semis in Rome, and a former Roland Garros semi-finalist. In the event, she was taken ill.

Or perhaps Briton Jo Konta, who made a confident surge after Fed Cup success to reach the finals in Rabat and Rome. Twice a Major semi-finalist, but without a match-win on Paris’s clay until this year, where she reached her third semi.

But it would be Ashleigh Barty who, against expectations, scored her first Major on her least successful surface: A fortnight before the tournament, she could count just two match-wins at Roland Garros.

And the young Australian presented not just a fresh face but a fresh game and a fresh background. Barty won her first French Open match at 17, went on to take two years away from tennis to play pro cricket, and returned to the tennis tour three years ago, ranked 623. Her Paris victory took her to No2, and the Birmingham title sealed No1.

Because here is a woman of superlative talent: Indeed the Australian prodigy won the junior Wimbledon title at the age of 15, and went on to hone her skills with plentiful doubles both before and after her cricket hiatus. She won the US Open last year, and made the finals of all three of the other Majors, too.

So why the career break? Quite simply, the media attention, and consequent sky-high expectations, proved too much for the teenager. In an interview this week with The Guardian, she revealed how much she missed family, friends and home—the loneliness of the long-distance tennis-player.

Now she has a fresh perspective, and more self-confidence, and renewed success came almost immediately: 2017 one title from three finals; 2018 two titles from three finals; 2019 three titles from four finals by the midway point. That those two titles happen to be a Premier Mandatory on hard courts, and the French Open on clay, serves only to emphasise the multiplicity of skills owned by the Australian.

Free from the burden of other people’s hopes, she has learned that tennis is not the be all and end all. She told Mitchell in The Guardian:

“I’ve learned to embrace [fame], to accept it and just to move on… It’s impossible to please everyone. You have to trust in what you believe. I trust in my team, the people I have around me, and understand that there are going to be some amazing times and some tough times. But we’ll go through it together.”

Andy Murray long ago spotted her talent, as he explained at Wimbledon this weekend:

“I saw her playing the first time ages ago. She’s just a natural athlete. Great hand skills, moves well, reads the game extremely well. She’s got all the attributes obviously to be a good doubles player. Also she’s brilliant at singles.”

He was also very perceptive about her reasons for taking time out:

“It’s my understanding she wasn’t necessarily enjoying it much. To see her around the courts now, it just seems like she’s loving it… She made a decision that’s right for her and her happiness… It’s also nice to see she’s getting to achieve her potential in tennis.”

That freedom to express her tennis skill and athleticism has shone through her rapid rise to No1, but her popularity with colleagues is just as telling.

This from Julia Goerges, the runner-up to Barty in Birmingham last week:
“For me, to be able to share this moment with her was just something special and if I had to choose to lose someone today to become the No1, I would pick her definitely.”

“It’s nice to see her being there. I mean, she’s a lovely person. I really like her as an opponent, as a person as well. She has a great game, can mix it up a lot, a lot of variety. It was really nice seeing her win Roland Garros—I was really happy for her.”

Then there is the mighty Serena herself on a woman who is shaping up to be, perhaps, the Williams’ biggest threat in the coming fortnight:

“I don’t know anyone that has anything negative to say about her. She’s like the sweetest, cutest girl on tour. She’s so nice. She has the most beautiful game, such classic shots. I mean, she does everything right. Her technique is flawless. I’m happy for her.”

And it is not idle speculation that Barty could pick up her second straight Major at Wimbledon. For she has a game that appears tailor-made for grass, with superb slice, all the necessary skills and touch around the net, speed and balance, and a respectable serve.

She comes hot-foot from that Birmingham title, and counts the Nottingham title last year and the Birmingham final in 2017 on her resume. This will be only her fourth Wimbledon, and it should suit her down to the grass under her feet.

She was asked this weekend about the sensation of being No1, and she was typically down-to-earth:

“It hasn’t really changed much, to be honest. We’re still trying to go about all of our business, all of our preparations the same way. We know what we’ve been doing has been working… There’s more attention, there’s more of that outside noise. But from what we’re trying to do on the court, it hasn’t changed much. We’ll just keep trying to grow and be better every single day.”

And what about handling the renewed pressure of expectation? Well, she sounds as though she has mastered that:

“No special secrets. For me, it’s just about trying to play the same way, the right way… The only pressure is what I put on myself to make sure that I do everything correctly and play a good tennis match, try and play well, to enjoy myself. Regardless of whether I win or lose the match, I can walk off with a smile, know I’ve done everything possible.”

She says that she has not looked at the draw, which is probably just as well: It’s a very tough quarter. Her first seed is among that clutch of players to have won Wimbledon and reached No1 in the last two years, Garbine Muguruza. And at the quarter-final stage, she is scheduled to meet another, Kerber, or Serena. Mixed among these are Maria Sharapova, Svetlana Kuznetsova and Sam Stosur, Major champions all who had their moments, only for the Williams name to reassert itself.

Are the times a-changing? Osaka has arguably made the first break by winning two Majors in a row—and she along with Eastbourne champion Karolina Pliskova and two-time Wimbledon champion Petra Kvitova could displace Barty at No1. But it would surprise few, and please many, if the unstarry star from Australia lifted the Venus Rosewater dish in two weeks’ time.