Cesar Azpilicueta: How Chelsea FC will play under Frank Lampard 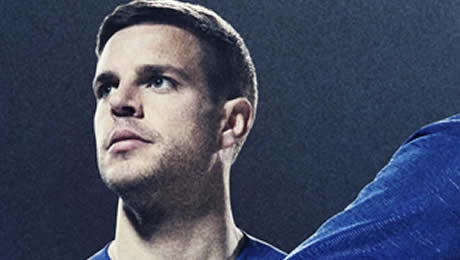 Lampard led Derby County to the Championship play-off final last term before the Rams lost 2-1 to Aston Villa in the Wembley showpiece.

Chelsea FC finished in third spot in the Premier League table under Sarri last term but the Blues lacked consistency throughout the campaign.

The Blues ended a difficult season on a high note after Chelsea FC were 4-1 winners against Arsenal in the Europa League final.

Chelsea FC star Azpilicueta has now explained how Lampard intends to alter the west London side’s style of play in his first season in charge.

“I’m really looking forward to the new season,” Azpilicueta is quoted as saying by the Daily Mail.

“We’ve all had a good break, which was needed after a long season with the Europa League running until the end of May.

“It was great to win a trophy to finish with and now we are all ready and raring to get back at it. It’s always a lot of hard work during pre-season but it’s the work you have to put in, to create a good base for our physical condition.

The Blues were able to reinforce their squad with Kovacic and Pulisic after having deals in place before Chelsea FC were handed a transfer ban for two windows.