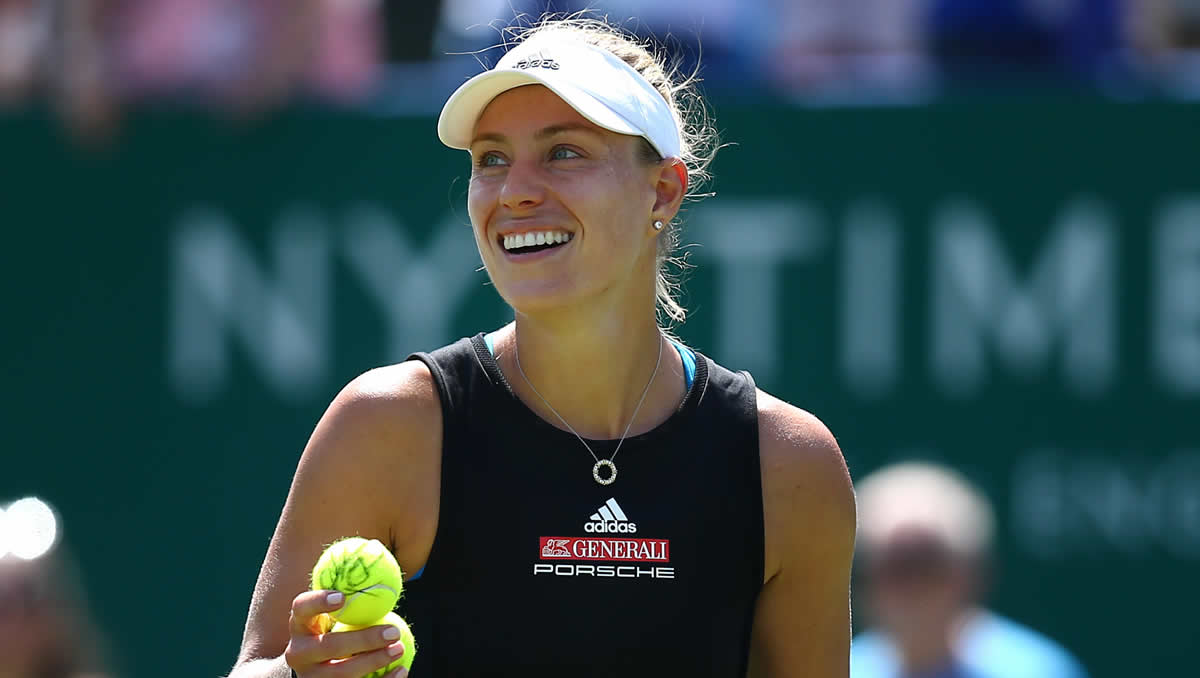 Angelique Kerber has won more than 100 matches at Major level but it is probably fair to say that the 31-year-old German has got better with age.

She played her first Major matches back in 2007, but did not reach her first final until 2016, and then made three of them in the same year, winning in Australian and the US Open and making the final here at Wimbledon. And it took her to No1.

But the next year, she suffered a real dip as she came to terms with her new status, she lost confidence, and slipped out of Major contention, but she bounced right back last year to win her first Wimbledon title, and ended 2018 at world No2.

And while clay was its usual challenge for the German, she followed an early exit at Roland Garros this year with a good run on grass, the semis in Mallorca and the final in Eastbourne.

Talking of her return to Wimbledon, she spoke about the challenges of the place and surface:

“I think right now it’s really open, the draw. Of course, a lot of young players are coming. I think that Wimbledon is more, of course, like mentally [challenging], and experience-wise to play a lot of matches on grass… is completely different to the other surfaces.

“Here you feel a completely different energy. When you come here, you have pressure, the nerves are much higher than usual. I mean, also for me every year I’m coming back, I feel you’re getting nervous when you’re coming here. You really would like to play your best tennis. I think everyone is feeling the same.”

But she went on to talk about the emotions of the place for her:

“I think it’s completely different here because you’re coming back as a member the first time, so it’s really special for me. A lot of emotions and a lot of memories from last year, of course. Yeah, it’s nice to be back at this special place here for me. It’s a completely new year. Everything starts from zero… But of course trying to enjoying every moment on and off court.”

She opens against Tatjana Maria, ranked 65 and a semi-finalist on the grass of Nottingham: it will not be an entirely straight-forward test.

Elsewhere, the newest Major champion, current No1 Ashleigh Barty, who picked up her first big one at Roland Garros, gets play under way on Court 1, followed by the top-ranked British woman, Johanna Konta.

And there are other Wimbledon champions strewn through the day. Seven-time champion Serena Williams plays last on Centre Court, the unseeded Maria Sharapova features on Court 2, and Garbine Muguruza will play on Court 3, followed by two-time Wimbledon champion Petra Kvitova.

Centre Court and Court 1 begin at 1pm, all the other courts at 11am.

Complete schedule can be found on the Wimbledon website.

Wimbledon 2019: Djokovic begins defence in style, along with Wawrinka and Anderson