With this final, Roger and Novak will meet each other at Majors more than any other players—16 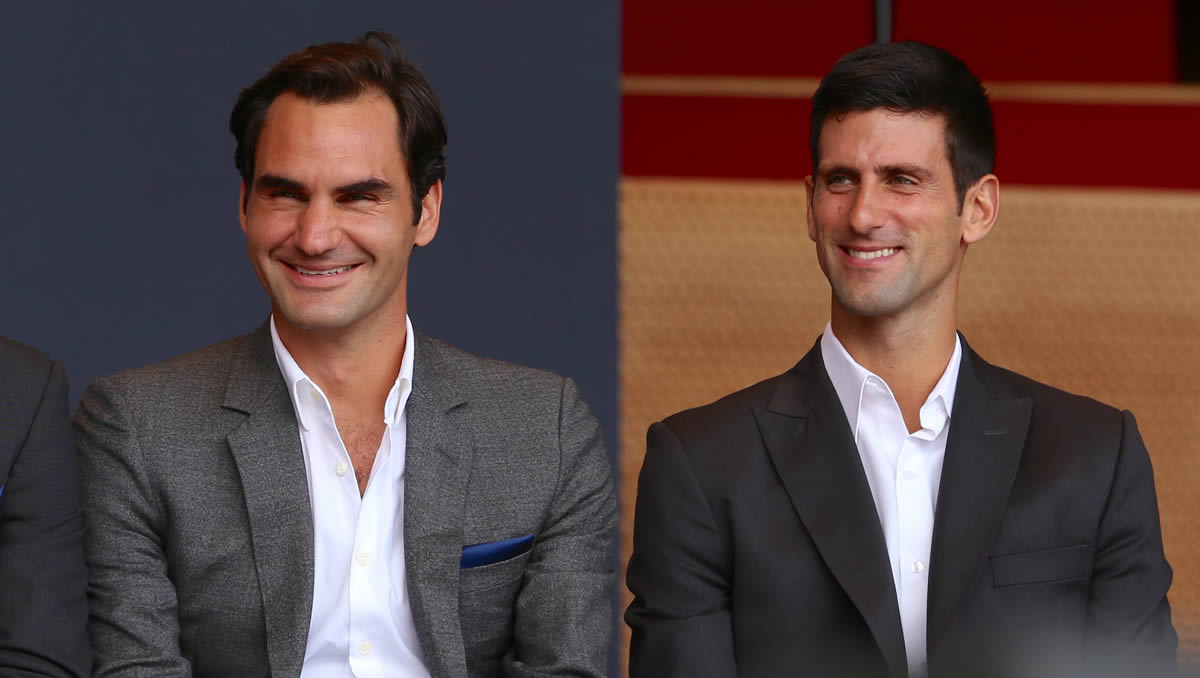 It may not be as iconic as the rivalry that has evolved between Roger Federer and Rafael Nadal, yet just two years after the Roger-and-Rafa show got underway in Miami in 2004, Novak Djokovic would begin his own extraordinary journey into the rivalry record books, first against Federer in Monte Carlo in 2006 and then, a few weeks later, with Nadal at Roland Garros.

It would take the great Serb until 2011 to break their seven-year dominance at the top of the ranks and their near-complete hold on the Majors, but his star began its rise long before, making repeated deep runs at the Majors and accumulating wins over both men.

The first of nine wins at Majors began against the Swiss in 2008, the first of six wins over Nadal started in 2011—a victory that propelled Djokovic to No1 for the first time.

Between them, the three have now been part of the three most played rivalries in men’s tennis. Federer and Nadal clocked up No40 in this week’s semi-finals, Djokovic and Nadal have played 54, and now the Serb and Swiss will lock horns for the 48th time, and on the most prestigious stage—the final at Wimbledon.

And while Federer and Nadal had the better of the early match-ups against Djokovic, that has changed. After more than a dozen years, the world No1 has asserted himself on both men to lead both.

So what of this latest chapter? Against Federer, Djokovic has opened a three-win advantage, and perhaps more pertinently, he has won eight of their last 10, and all four matches since the end of 2015.

But what stands out for followers of the Swiss, the most prolific champion and match-winner on the grass of Wimbledon, is that Djokovic has won the last two of their three Wimbledon meetings, both of them title matches, both long, arduous battles.

The last of them was during perhaps the most intense phase of their rivalry—they would play eight times in 2015—but a lot of water has gone under the bridge since. Federer missed almost the entire 2016 season due to knee surgery, Djokovic missed that latter half of 2017 with a chronic elbow injury.

So their last meeting, in the Paris Masters late last year, was a timely reminder of just what a great rivalry theirs has become. It lasted more than three hours, a 7-6, 5-7, 7-6 win to Djokovic.

For while there is certainly a charisma and intensity to the fire-and-ice Roger-and-Rafa rivalry, the probing, tactically brilliant tennis of Roger-and-Novak matches is just as compelling, as two of the sport’s sharpest intellects try to out-manoeuvre and out-play each other.

As they ready for their 48th meeting, of course, Federer is approaching his 38th birthday, Djokovic has just turned 32, and it is only going to grow harder for the Swiss to keep pace with a champion at the peak of his form and confidence.

Djokovic has been eating away at a good many of what looked like unmatchable records from both Federer and Nadal. For a start, the Swiss and Spaniard still lead the all-time men’s tally of 20 and 18 Majors, but with his three-in-a-row that began this time last year, Djokovic is closing the gap, having overtaken what looked, only a decade ago, the unmatchable 14 titles of Pete Sampras.

So to warm up for what promises be a hot final, here are some facts and figures about these two giants, the big rivalry, and their run to meeting No48.

o When they take to court on Sunday afternoon, they will have played each other at Majors more than any other two players—16 times—overtaking the 15 that Djokovic and Nadal have played.

o Federer and Djokovic are in first and second place respectively on the list for most Major match-wins in history: Federer with 353, Djokovic 276.

o Federer is the all-time leader in Wimbledon men’s singles match-wins in 101, and Djokovic is the second most prolific active player with 71.

o Federer is bidding to become just the second player to beat both Djokovic and Nadal at the same Major, after Stan Wawrinka at the 2014 Australian Open.

o Federer is aiming to extend his lead at the top of the all-time list for most Major men’s singles titles to 21, having already extended his lead for singles final appearances to 31.

o By reaching his 25th Major final, Djokovic has closed the gap on the 26 of Nadal in second place.

o This is the 20th tour-level final between Djokovic and Federer; They are in third place in the Open for most tour-level finals, with both having faced Nadal more often.

o Djokovic has spent half an hour more on court to reach this final, but has not played a top-20 opponent, while Federer has beaten three; No17 Matteo Berrettini, No8 Kei Nishikori and No3 Nadal.

o Federer is making a record 21st consecutive Wimbledon appearance, having made his debut here in 1999, and is competing in a record 77th Major.