Federer: “It’s definitely, definitely going to go down as one of my favourite matches” 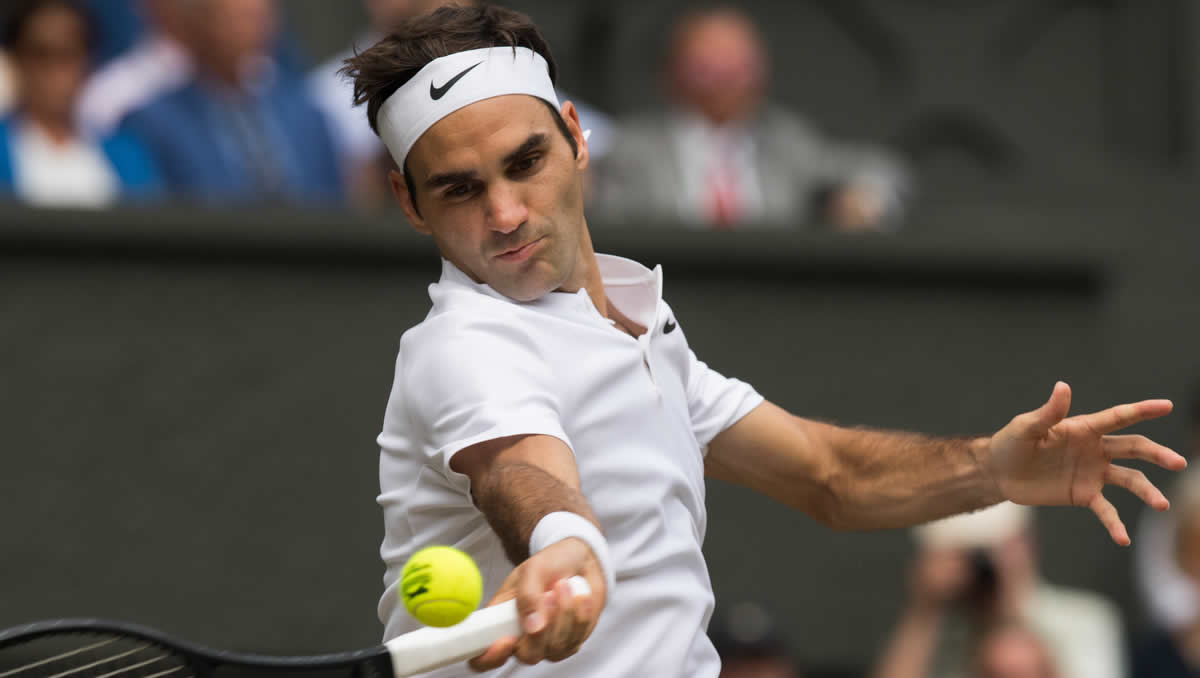 So renowned is the rivalry between two of the greatest tennis players ever to lift a racket that neither Roger Federer nor Rafael Nadal really needed any introduction—even to those fans whose only experience each year was Wimbledon.

Read Roger Federer, Rafael Nadal – a rivalry in words and figures to find out why

They had dominated the top of the rankings for years, and now topped the list for most ever Major men’s titles, 20 and 18 respectively.

And even those who did not routinely follow the tour, week in, week out, would recall one of the sport’s most iconic matches, their third final in a row at Wimbledon in 2008. Federer had won the first two, but Nadal edged the epic third.

Now, in their 40th meeting, they would meet on Centre Court for the first time since that four-hour-48-minute match that was twice halted by rain and concluded in near darkness—something that would never happen here again, for this court would have its roof by 2009.

That they were now part of the oldest set of Major semi-finalists in the Open era only added to the mystique. Novak Djokovic and Roberto Bautista Agut were 32 and 31 respectively. Roger and Rafa were 37 and 33, with the former playing his 21st Wimbledon.

Of course, the years had changed a few things, and some of their shot-making skills and tactics had been honed in the fire of their contrasting games.

And eleven years ago, they looked rather younger, sported thicker and longer hair, though they still wear their signature bandanas.

Federer has toned down the sartorial flourishes: no longer the monogrammed cardigans or jackets but the more utilitarian simplicity of Uniqlo, his hair cropped short, his face more lived-in from age and four children.

And over the years and matches and mutual charitable efforts, their respect for one another had evolved into something more: friendship. Not that such matters could dull the competitive juices.

On this late afternoon, as always, they went through their contrasting rituals: Federer the chilled one, lining his chair with towels just so, ready to start within seconds of arriving; Nadal not sitting at all, but bouncing on the spot as he sorted bottles, checked shoes, and bristled with energy.

But once into play, it was as though they had never been away, full throttle intensity. These days, the Nadal serve is a bigger weapon, as is his willingness to come to the net. These days, the top-spin single-handed backhand and inch-perfect kick serve of Federer are more formidable than ever. And Federer would come to the net at every opportunity, take time away from Nadal, while the Spaniard was also stepping in more aggressively, but still the ultimate striker of the running pass.

Both came out of the blocks with the intensity, speed and power of those 20-somethings of 11 years ago. Both served superbly, barely giving an inch, and the first break points was snuffed out by Nadal in a gripping 21-shot rally. It headed to a tie-break, an appropriately climactic conclusion to a fast and furious set.

Nadal got first blood, a backhand onto the back corner, but they changed ends at 3-3, and from that moment, Federer went into overdrive, closing out the set on Nadal’s serve with a forehand winner, his 16th winner of the set. They had, between them, made only 11 errors in the 13 games played.

The second set, though, was in distinct contrast to the first. Nadal upped his level, took to the net to challenge Federer, and worked an immediate break point. He converted at the second attempt, and once he had fought off break-back points, he went on a tear of confident, full-blooded tennis to break Federer to love, then break again for 5-1. He served out the set to love, 6-1, with 30 points to Federer’s 15, and just two unforced errors to the Swiss star’s 11.

The root of the problem was the Federer serve, which for that set dipped from 73 percent to under 60. But it returned to its groove in the third set, another reversal—this time with a distinct dip in the Nadal level. Federer broke in the fourth game after a furious exchange at the net, but the confidence of the Swiss shone in the face of three break-back points to hold for 4-1: He roared, and his box roared back.

Of course he was facing a man who would not back off no matter the odds, and Nadal fought off two more break points, to make Federer serve it out, 6-4. The turnaround was again writ large in the statistics. Now Federer had 15 winners for just two errors in the set.

But was Nadal ready to reverse things again? They were into the third hour now, but Federer still looked fast and energised, and with Nadal’s serve slipping to under 50 percent, the Swiss broke in the third game, and consolidated with a love hold. And so it stayed until two intense final games.

Nadal served at 3-5, faced deuce, and then Federer crushed a forehand onto the baseline for match point. The Spaniard resisted, aced, and then faced another match point, another deuce, but he came through. Federer would have to serve it out, and his body language spoke of nerves and tightness.

He opened with an ace, but smashed an overhead way long to bring up break point. Three more deuces came and went, along with a couple of sparkling shots from Nadal, before Federer worked another match point, and this time Nadal’s shot went long. Federer leaped and roared: He was into his 12th Wimbledon final, 6-4.

The embraced warmly, as they always have, and walked from the court together, both pausing to sign, both leaving with heads bowed, apparently close to tears. And Federer’s first words, to the BBC:

“I’m exhausted! It was tough at the end.”

He went on to admit that it was perhaps already one his most memorable matches:

“It lived up to the hype, especially we were both playing very well. Then the climax at the end with the crazy last game, some tough rallies there. I mean… it had everything at the end, which was great. [Smiling] I’m just relieved it’s all over at this point! But it’s definitely, definitely going to go down as one of my favourite matches to look back at, because it’s Rafa, it’s at Wimbledon, the crowds were into it.”

Thus far, then, Federer has recorded a record 100th win at Wimbledon, faced and beaten all his scheduled seeds—Nos 8 and 3 included—and extended his record to reach a 31st Major final. And despite turning 38 in under a month’s time, he has won more matches this season than any other player—as it happens, 38 of them.

But if that was emotionally exhausting, he probably hasn’t seen anything yet: He will face four-time and defending champion Djokovic in the final, a man who beat him not just in eight of their last 10 matches but in their last two meetings at Wimbledon, in back-to-back finals in 2014 and 2015.

And as Federer was quick to say after this match:

“He played great against Bautista Agut. Novak was supreme. He is the defending champion and has showed why. He has been rock-solid… I hope I can push him to the brink and hopefully beat him, but it’s going to be very difficult. I’m very excited to say the least.”

For now, though, many will sit back and reflect on the pleasure of one more battle between the first of the big three rivalries. How many more will there be? Federer said:

“Of course, the opportunities to play against each other every time are less, but we are still here.”

Yes, indeed: they are still here.