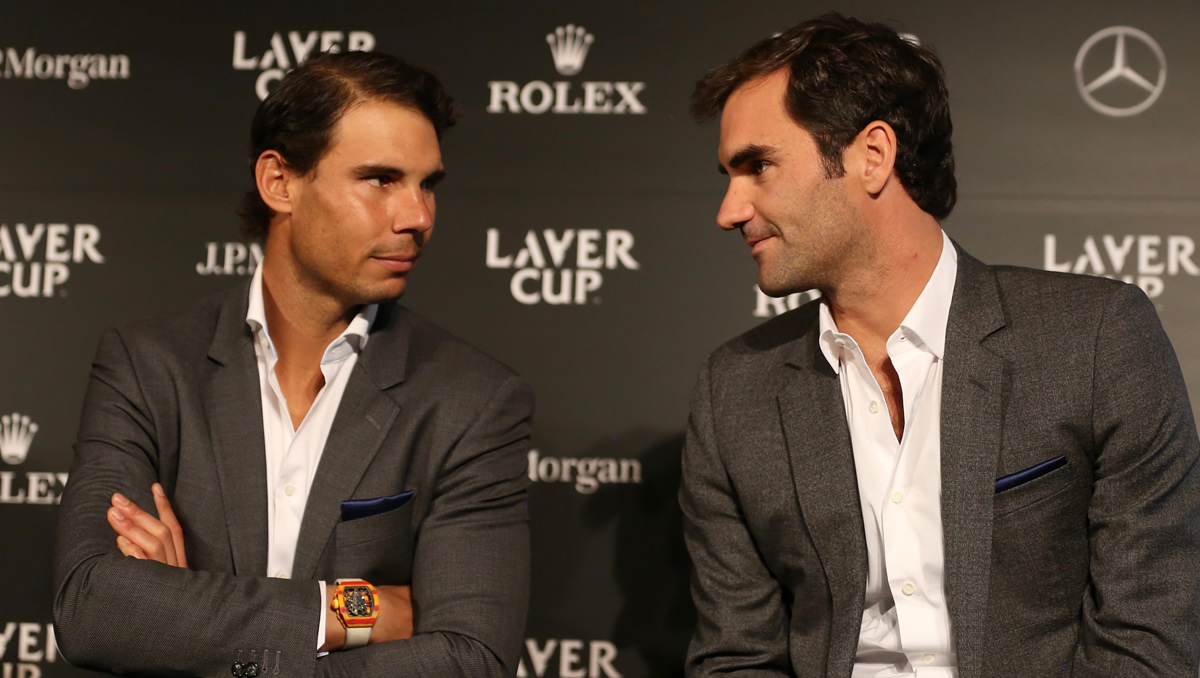 Their paths to the notable 40th meeting between Roger Federer and Rafael Nadal had certainly been very different.

World No2 Nadal had not yet faced a seed, though in dropping a set to Nick Kyrgios in the second round, it showed there were still very dangerous men in his quarter—but he would not have to tackle the man who played him in the last two Roland Garros finals, No5 Dominic Thiem, nor former Wimbledon finalist Marin Cilic.

World No3 Roger Federer, in contrast, would face all his scheduled seeds, including No8 Kei Nishikori, and then his career’s most formidable rival, world No2 Nadal.

In his first match, against the tall power-house 22-year-old Lloyd Harris, Federer lost the opening set, and did so again against Nishikori. Yet by the semi-finals, he had spent less time on court than any of the last four men.

However, that quick and efficient progress was sure to change when Federer met Nadal. Three times they had met at Wimbledon, every time in the final from 2006 to 2008, and each was a battle royal.

In the second, it took him five sets and three and three-quarter hours.

And then there was perhaps the most famous final played by any two men at Wimbledon. Nadal at last got his man on grass, after four hours 48 minutes, in a 9-7 fifth set, with the court so dark that the match would have been continued on Monday had it lasted another game.

And had it been played the following year, that too may have brought about a different conclusion. For in 2009, the Centre Court had its retractable roof, so rain breaks would barely have mattered, and there would have been artificial light to illuminate that memorable flash-light trophy ceremony.

As it was, there had been two rain breaks, and the clock ticked well past 9pm. Nadal had failed to convert three break points before getting the lead, 8-7, and he then passed up one Championship point on serve. But finally he got the victory, and a month or so later he would take the No1 ranking from Federer after trailing him at No2 for, literally, years.

It was and remains the Spaniard’s only win over Federer on grass. For they have not played at Wimbledon or at any grass tournament since, until now, 11 years later.

Overall, it will be their 40th contest, and while Nadal has built up a 24-15 lead over his older rival, the 37-year-old Swiss has gained a measure of revenge in the last three years, with six wins from seven matches.

They will take to Centre Court, now ranked two and three, with 37 match-wins apiece for the season, the most of any other players of the tour. It is an extraordinary story of an extraordinarily enduring rivalry that has become, away from the heat of competition, also a friendship.

Here then are a few facts and figures to flesh out the Roger-and-Rafa show, and what they had to say about each other ahead of this latest contest.

Federer on Nadal: “He’s improved so much over the years on this surface. He’s playing also very different than he used to. Haven’t played each other in a long, long time on this surface. He’s serving way different. I remember back in the day how he used to serve, and now how much bigger he’s serving, how much faster he finishes points. It’s impressive to see how sort of healthy he’s stayed. A lot of them are saying, ‘Oh, it’s the end, by 2008. Similar to me in ‘09. We’re still here. So it’s nice to play each other again.”

“I just expect to play against probably the best player of the history in this surface and know that I have to play my best if I want to have chances to try to be in that final, no? That’s all.”

o Their 2019 Wimbledon semi-final is the first grass match between Federer and Nadal since their famed Wimbledon final in 2008.

o Nadal and Federer are third on the list for most tour-level match-ups in the Open era: Both have played Novak Djokovic more often, 54 for Nadal, 47 for Federer.

o Federer became the first man to win 100 matches at any single Major with his win over Nishikori.

o Federer and Nadal are in first and second place on the list for most Major men’s singles final appearances in history, currently 30 and 26 respectively.

o Nadal will stay at No2 in the ranks if he reaches the final, while Federer will reclaim the No2 ranking if he wins the title.

o By winning his 50th match in the second round this year, Nadal became the third man in history to record 50 wins at all four Majors—after Federer and Djokovic.

o By reaching the semis here, Nadal became the first player to qualify for the 2019 ATP Finals.

o This year’s semi-finalists have set the record for the oldest combined age for a Major in the Open era—the eldest being Federer (38 next month) and Nadal (just turned 33).