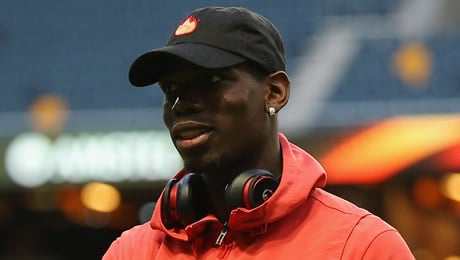 Paul Pogba’s brother has once again fuelled the speculation linking the midfielder with a move to Real Madrid from Manchester United this summer.

The 26-year-old’s situation at Old Trafford has been a constant source of speculation in recent months, with Real Madrid regularly touted as a possible destination for the midfielder.

Pogba has started all three of Manchester United’s games in the Premier League this season but that has not prevented the speculation from continuing.

The European transfer window does not close until 2 September and the uncertainty about his future is likely to continue until the deadline has passed.

Now, Pogba’s brother Mathias has once again waded into the debate about the Manchester United midfielder’s future by claiming that he would be great at Real Madrid.

Mathias Pogba is quoted as saying by the Daily Mail: “Everyone knows my brother would be great for Real Madrid and Zidane

“It’s Real Madrid and Manchester United who need to talk.

“I don’t know [if he will move this summer], I’m not inside the Bernabeu. In football you never know…

“I don’t know what to say… Zidane has always spoken highly of my brother, it’s an honour. Another thing is that they listen to him.”

Meanwhile, Pogba will be focused on trying to help Manchester United to return to winning ways when they take on Southampton away from home on Saturday lunchtime.

The Red Devils have taken four points from their opening three games this season as they bid to try and break back into the top four under Ole Gunnar Solskjaer.

Reiss Nelson makes vow to Arsenal fans about the season ahead