Tottenham Hotspur are interested in a deal to sign Gladbach defender Matthias Ginter, according to a report 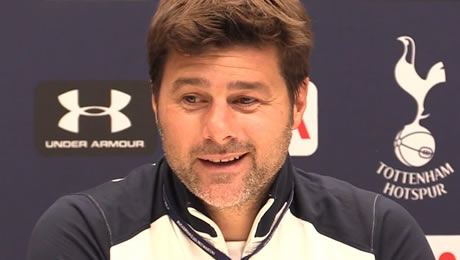 Tottenham Hotspur are set to compete with Atletico Madrid for Borussia Monchengladbach defender Matthias Ginter, according to a report in Germany.

German media outlet Bild, as quoted by 90MIN, is reporting that Tottenham are interested in a potential deal to sign the Gladbach centre-half before deadline day this week.

The same article states that Atletico Madrid are also interested in a swoop for the 25-year-old centre-half to provide Tottenham with competition for his signature.

According to the same story, Atletico and Tottenham would prefer to spend €35m on the German defender but Gladbach have set an asking price in the region of €60m.

The report goes on to add that neither the English nor the Spanish club are likely to match the Bundesliga outfit’s transfer valuation as it stands.

The north London side brought in Leeds United winger Jack Clarke in a £10m deal to bolster their squad.

Mauricio Pochettino’s side secured their continued participation in the Champions League after Spurs finished in fourth place in the Premier League last term.

Tottenham suffered a 2-0 loss to Liverpool FC in the Champions League final in Madrid at the start of June.