Alisson Becker has posted an injury update from Melwood training ground as the Liverpool FC goalkeeper edges closer to a return to first-team action.

The Brazil international suffered a calf strain in Liverpool FC’s 4-1 victory over Norwich City at the start of the Premier League season.

Jurgen Klopp initially suggested that the former AS Roma goalkeeper would be sidelined for four to six weeks with a calf problem.

Liverpool FC have won all four of their games in Alisson’s absence but his deputy Adrian hasn’t instilled confidence with some erratic displays.

Alisson took to Twitter to post a clip of his latest training session as the Liverpool FC star continues to work on his rehabilitation.

The Liverpool FC number one posted the below story on his Instagram page and wrote the following caption:

“Started the morning in a good way.” 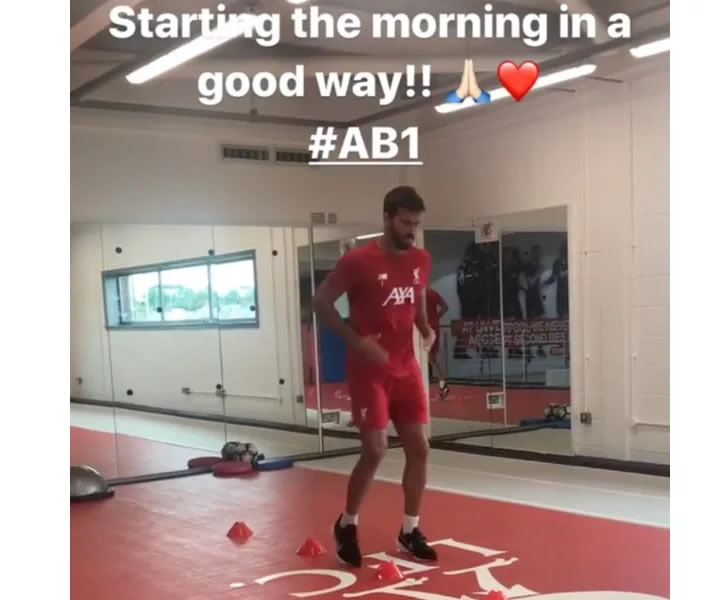 Liverpool FC are sitting at the top of the Premier League table following four successive victories.

Klopp’s men have beaten Norwich City, Southampton, Arsenal and Burnley to make the perfect start to their title challenge.

Liverpool FC will welcome Newcastle United to Anfield in their next Premier League fixture at Anfield on Saturday 14 September.

Olivier Giroud speaks out about his long-term Chelsea FC future