Roger Federer says yes to 2020 Olympics: ‘My heart decided I would love to play’

Tokyo will mark the Swiss star’s fifth Olympic participation, 20 years after the first 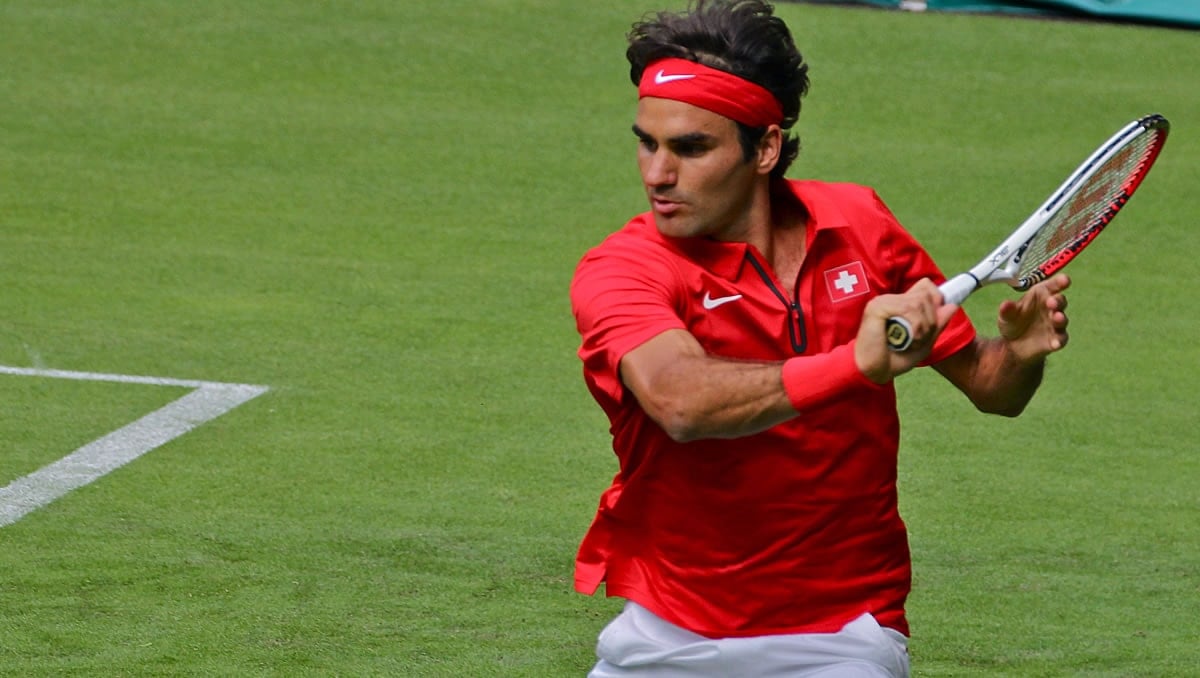 It is a question that has been hanging in the air for some time: Would Roger Federer, who first played the Olympics in Sydney in 2000 when he was 19 years old, give it one last throw of the dice in Tokyo, just a week before his 39th birthday?

He chose the very venue where the 2020 tennis event will be held, the Ariake Arena, to announce the long-awaited decision—and it was a yes.

After beating John Isner in an exhibition match hosted by his clothing sponsor, Uniqlo, Federer said:

“I’ve been debating with my team for a few weeks now—months actually—what I should do in the summertime after Wimbledon and before the US Open, and at the end of the day, my heart decided I would love to play the Olympic Games again…

“I carried the flag twice for Switzerland in Athens and Beijing, I’ve got a gold and a silver, and I would love to play again, so I’m very excited.”

The ‘Olympic question’ has been posed many times since he was forced to pull out of Rio 2016, after knee surgery at the start of the year forced him to take an extended break following Wimbledon.

This reporter tried to get a steer from the Swiss after he won his 100th title in Dubai this spring. He parried:

“No, still not [sure]. Don’t know how I’m going to qualify, to be honest. And if I do, I don’t know if I’m still playing. Still too far away for me. Yeah, I don’t know. I just don’t want my mind to go there. I think if it happens, it happens. If it doesn’t, it doesn’t.”

The question about whether Federer would fulfil the criteria for qualification has also followed him from tournament to tournament.

The International Tennis Federation links acceptance for the Olympics to national representation in the Davis Cup, and the Swiss has not played Davis Cup since 2015.

But the regulations for 2020 leave an opener for players who have been on the tour for many years, those like Federer who played in the competition for a long stretch but who have stood down to focus on Majors and the ATP tour during the autumn of their careers.

‘Where the player has not met the minimum participation requirement set out above, the relevant decision-maker may exercise its discretion to rule that a player who satisfies all other eligibility criteria is considered eligible for nomination for and participation in the Olympic Tennis Event when taking into consideration special circumstances including, but not limited to, the following…’

And one of those circumstances is:

‘Commitment to the Olympic Tennis Event and/or Davis Cup or Fed Cup: A player’s historical participation in one or both competitions.’

And few players in recent decades have played as often in either the Davis Cup or the Olympics.

And when it comes to the Olympics, Federer played in four consecutive events before that injury absence in 2016. He won silver in doubles with Stan Wawrinka in Beijing in 2008, and silver in singles in London in 2012—but despite being the favourite to win singles gold in both 2004 and 2008, that particular accolade has eluded him.

Perhaps reason enough to give it one last try 20 years on.