Former No1 duo already had all four Majors on their resume—but will Herbert’s fiancee say ‘yes’? 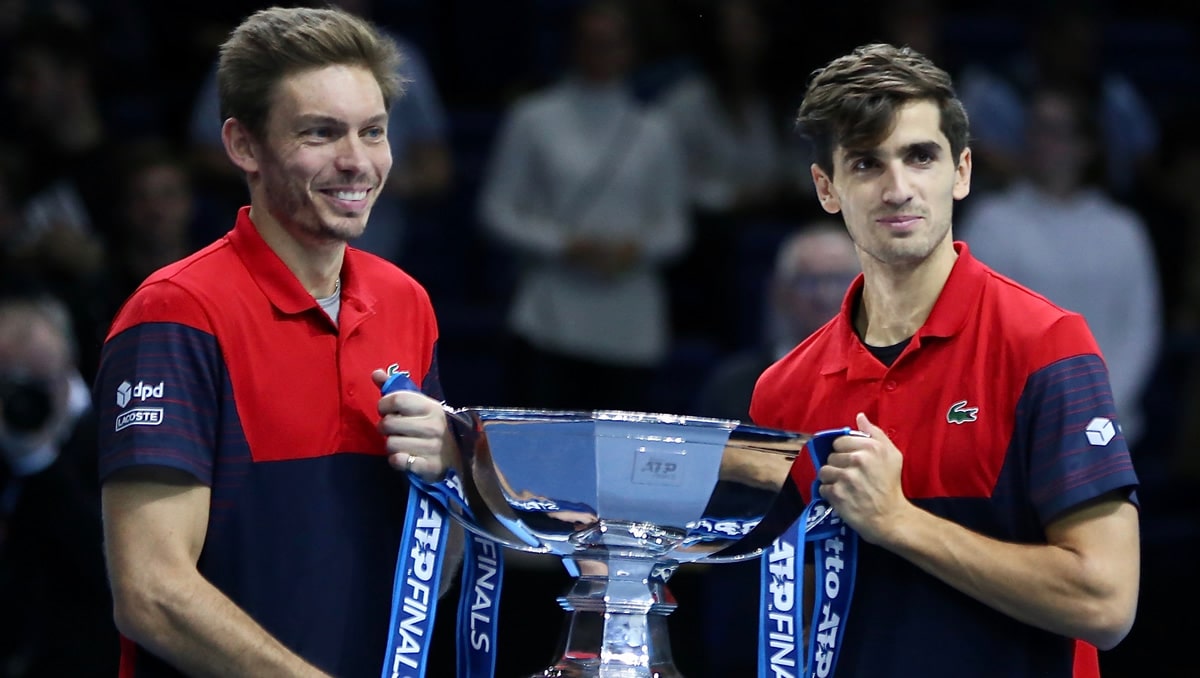 Former doubles No1 duo, Pierre-Hugues Herbert and Nicolas Mahut, finally got their hands on the trophy that had eluded them: the Nitto ATP Finals title.

A year ago, the French team that has won all four Majors together, along with seven Masters titles—the most emotional coming on home soil at the Paris Masters last month—was runner-up to the American duo Mike Bryan and Jack Sock.

This time, they made no mistake, as they stormed through the draw without dropping a set, just as they did last week in Paris. They beat Raven Klaase and Michael Venus, 6-3, 6-4, after a scintillating 70-minute of doubles tennis.

Herbert and Mahut become the first French duo to win the season-ending crown since Michal Llodra and Fabrice Santoro in 2005 in Shanghai, and is their 15th tour-level trophy as a team.

Herbert, almost 10 years younger than his partner, thanks Mahut for his support:

“Thank you for sharing the court with me, for having so much enjoyable moments and giving me so much joy when I am with you on the court. You played an unbelievable final, so thank you for that.”

Herbert went on to address his fiancee, to whom he had proposed after winning the Paris Masters title. Apparently, she said she would consider it if he won the season finale this week in London. He awaits her decision!