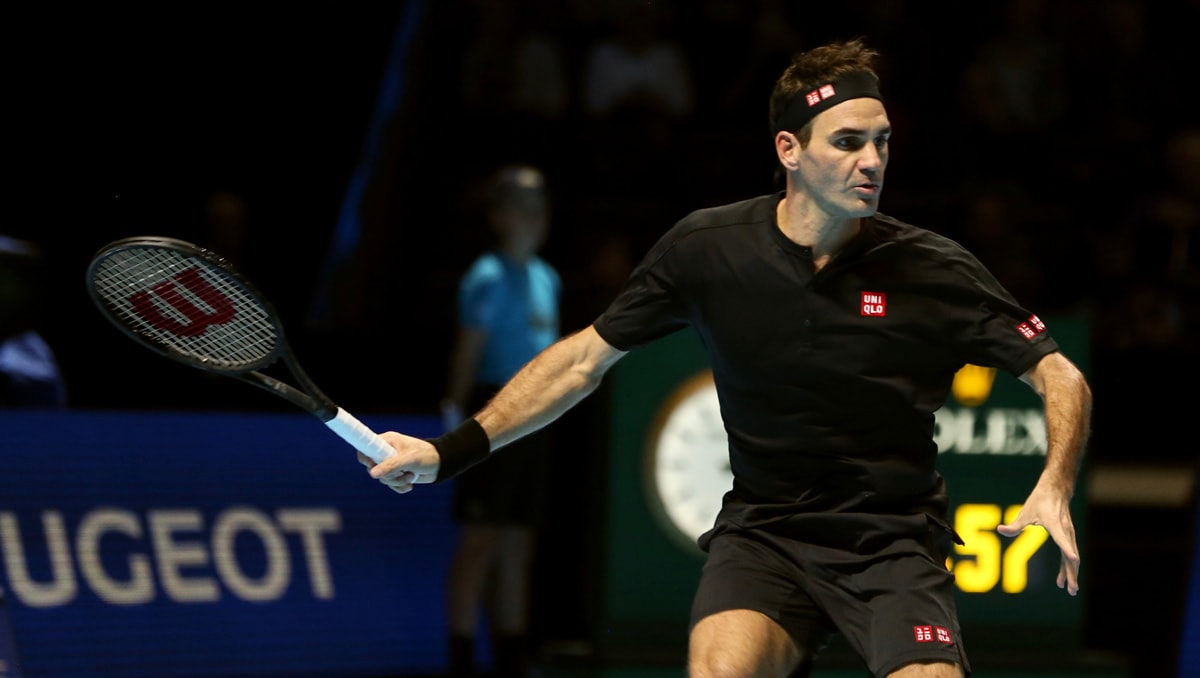 As Roger Federer said himself after his straight-sets loss to Dominic Thiem in his first match at the O2 this year:

“Not allowed to lose any more for me. My forecast, it’s a normal tournament from here on… That’s how it is every week of the year for the last 20 years, so from that standpoint there is nothing new there.”

He meant, of course, that the round-robin phase of the Nitto ATP Finals allows a player to lose one of their three matches and still make it to the semi-finals. But now, with an opening loss, he could afford no more slips—or he would most likely be on the plane home.

And only once before, in 16 previous qualifications dating all the way back to 2002, had he fallen at the round-robin phase—and that was when he was handling chronic back pain in 2008.

Against Thiem, there was always a serious chance of an upset: The Austrian had stacked up some good wins over Federer already, not least this year from a set down in the final of Indian Wells, and then again in the quarters of the Madrid Masters.

And looking ahead to Federer’s third round-robin on Thursday, the territory was looking still more dangerous. The six-time champion had to face the five-time champion Novak Djokovic, who had won their last four matches, including a heart-breaker Wimbledon final for the Swiss from match-points up. What is more, the mighty Serb had won both their previous finals at the O2, and was most pundits’ favourite to win his sixth title this week and reclaim the No1 ranking.

Before that, Federer had to keep his chances alive against one of the debutants at the tournament, 23-year-old Matteo Berrettini, who suffered a severe lesson from Djokovic in his opener.

The tall, big-hitting Italian had never played Djokovic before, and did not find his best in a nervy introduction to one of the grandest stages in tennis.

He had, however, played Federer once before—though he won only five games in their Wimbledon meeting—and was a worthy qualifier after reaching his first Major semi at the US Open, winning two titles from three finals, and most recently taking out two top-10 players at the Shanghai Masters.

Federer admitted: “I’ve got to recover, I’ve got make sure I play better than today, and hopefully I can win that match.”

The first set was nip and tuck, with both men serving well, a clutch of love holds, and many more going to just 15 for the receiver. Berrettini in particular was using power and then a crisp one-two punch to finish points—heavyweight tennis and considerably less nervy than against Djokovic.

The only break chance of the set came as Berrettini served at 5-6, and Federer worked a set point, but it vanished into thin air. It would take a tie-break: something, or someone, had to give.

And it was the Italian, as he saw Federer ace to open and extend a lead to 4-1. Berrettini then double faulted, leaving the Swiss to hold both serves for the set, 7-6(2), after a brisk 40 or so minutes.

That seemed to loosen up Federer and add a little tension to the Italian’s arm. The Swiss broke to love to open the set, and held, 2-0. He looked to be cruising to the finish line, but serving at 4-3, Berrettini went for broke on a couple of returns and all at once had two break-back points.

Two first serves for the Swiss and it was deuce, but he was not out of the woods yet. The Italian worked another break chance, again snuffed out, and Federer would have to survive four deuces before he got the 5-3 lead. But that seemed to break the spirit of Berrettini, and he conceded his serve for the match, 6-3, after an hour and a quarter.

Federer was, rightly, much happier with this performance:

“I’m very happy with how I played today. Matteo was always going to be difficult with his big serve… I was pretty clean in my own service games and I think that helped today. I hope I can keep it up and maybe even play a bit better in the next match.”

The Federer fans heaved a sigh of relief: He was still alive in the tournament, though there is no getting away from the fact that his final round-robin match will be the biggest test. But he assured the media that he relished the prospect.

“No, I’m excited playing against [Novak]. I’m excited to see how he’s going to play tonight, as well. It’s definitely going to give me some more information about what to expect.

“But other than that, I think I need to focus on my game, what I do best. And regardless of what I need to do, I just hope I play well.”

Now all eyes would turn to Djokovic versus Thiem. And victory for the Austrian would see him into the semis for the first time.

As someone once said, pressure is a privilege.