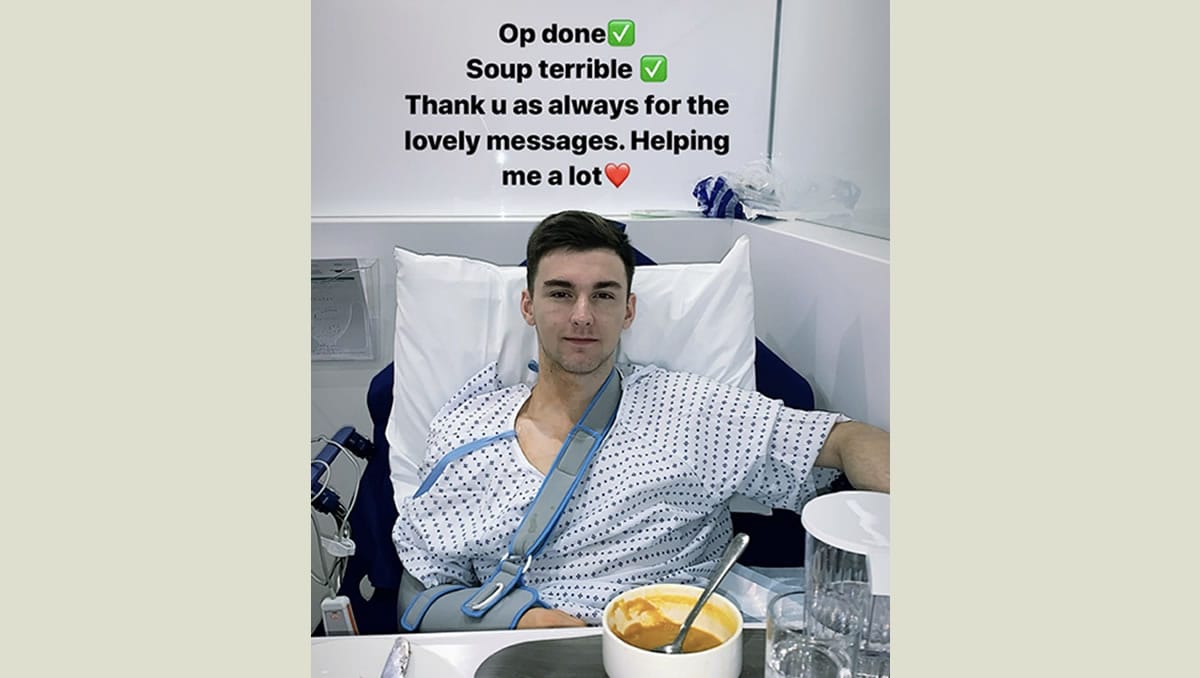 Kieran Tierney has taken to social media to reveal that he has had a successful operation after having dislocated his shoulder during Arsenal’s clash with West Ham last week.

The summer signing lasted just 30 minutes before having to be taken off during the 3-1 win at the London Stadium earlier this month.

The Scotland international is now facing another spell on the sidelines following his latest setback.

However, the 22-year-old defender appeared to be in good spirits as he posted the photo above on his personal Instagram story following a successful operation in hospital.

“Thank you as always for the lovely messages. Helping me a lot ❤️️.”

Arsenal will return to Premier League action on Saturday lunchtime when they travel to Everton in their final game before Christmas.

They will take on Bournemouth, Chelsea FC and Manchester United in a busy festive schedule for the north London side.

The Gunners are currently languishing down in 10th place in the Premier League table and find themselves seven points behind fourth-placed Chelsea FC as things stand.