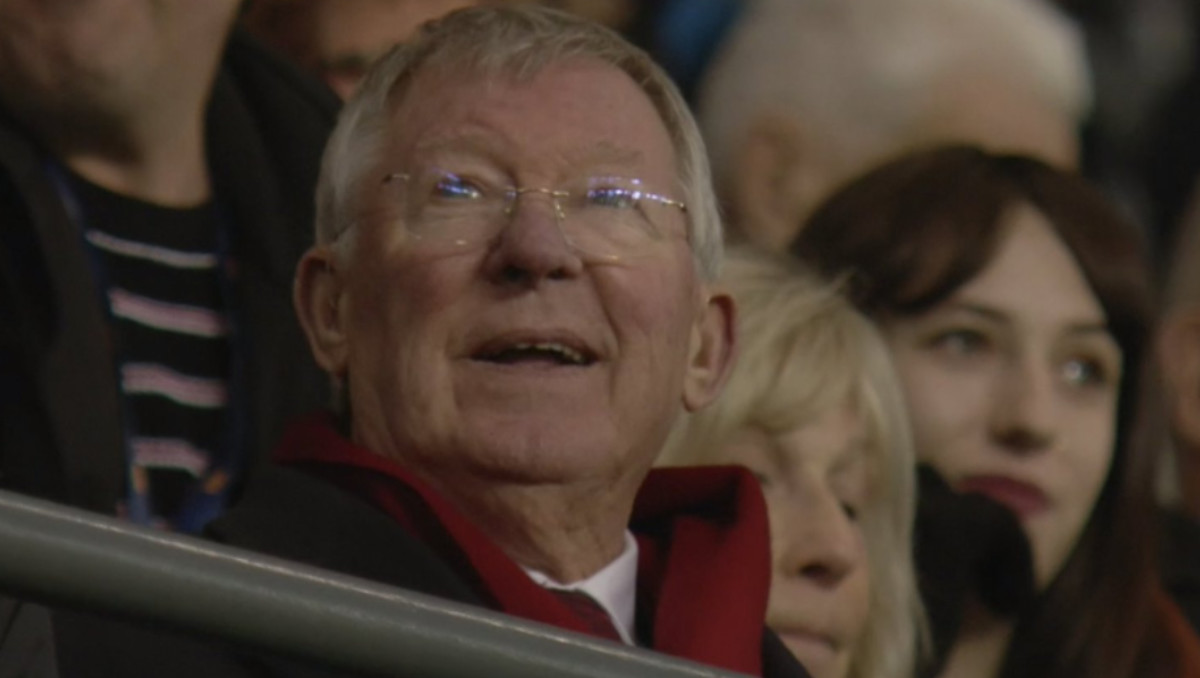 Sir Alex Ferguson couldn’t disguise his delight in the stands at The Etihad after Manchester United’s 2-1 win at Manchester City in Saturday evening’s derby.

Manchester United were looking to record successive Premier League victories for the first time this season after a 2-1 win over top-six rivals Tottenham Hotspur on Wednesday night.

The Red Devils made a bright start when Daniel James and Jesse Lingard missed good chances in the opening nine minutes at The Etihad.

However, Ole Gunnar Solskjaer’s side were rewarded in the 23rd minute when Marcus Rashford broke the deadlock from the penalty spot after he was brought down by Bernardo Silva.

Rashford missed two further chances before Anthony Martial extended the away side’s lead in the derby clash with a finish from a tight angle.

Manchester United, who won 13 Premier League titles under Ferguson, had to withstand relentless pressure from the defending champions in the second half.

The visitors managed to keep Manchester City at bay until the 85th minute when Nicolas Otamendi outmuscled Harry Maguire and Aaron Wan-Bissaka to halve the deficit.

And Ferguson was all smiles in the stands at The Etihad as the former Manchester United manager appeared to thoroughly enjoy their first-half performance.

Having caught a glance of Ferguson with minutes of added-time left to play, Sky Sports pundit Gary Neville said of his ex-manager during his match commentary:

However, Ferguson was on his feet at the full-time whistle to applaud Solskjaer and his players for an impressive performance in the derby.

The Red Devils moved up to fifth place in the Premier League table and five points behind Chelsea FC in the final Champions League qualification spot.

Manchester United will return to Premier League action with a home clash against Duncan Ferguson’s resurgent Everton at Old Trafford next Sunday.

The defending Premier League champions will travel to The Emirates to take on Arsenal later on Sunday in a bid to get back to winning ways.