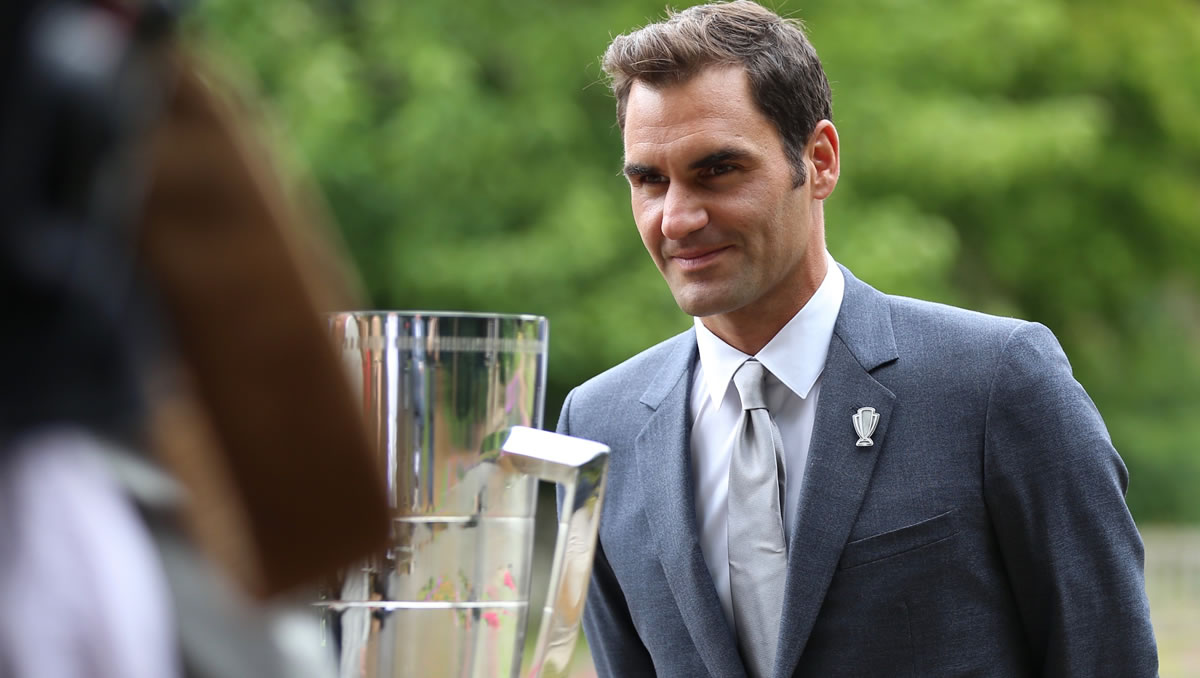 London 2017: Suited up for the Laver Cup launch.

On the shortest day of the year, most tennis news feeds have drawn a line, have completed their reviews of 2019, and added a few polls on the last decade—this being their last chance ahead of 2020.

Certainly there are growing numbers of Tweets and Instagram posts that prove once again how absurdly short is the tennis off-season: the players are already into training mode—and have the photos to prove it.

But as the Northern hemisphere headed into its longest night, one more poll hit the headlines. It had nothing to do with tennis and everything to do with style, but it had Twitter in a flurry, for Roger Federer was attempting to take on some of the biggest names in red-carpet fashion, flair, and flamboyance. He won the GQ’s “Most Stylish” poll in 2016, but could he really outsmart—sartorially—the other 15 names pitched against him for the “Most Stylish Man of the Decade”?

“Some of the guys on this list made their reputations on red carpets; others, in paparazzi shots. Roger Federer, on the other hand, has a case for most stylish man of the decade thanks to something as simple as this: When the guy puts on his Wimbledon whites, he stands basically alone. It’s not about his clothes so much as the righteously relaxed, preternaturally confident way he moves in them. (Also: Dude is a Bond-level tux wearer.)”

Sure enough, the Swiss trounced the opposition, helped not a little by his extraordinary fan base and some truly top-drawer sponsors—Rolex, Mercedes, and Moet & Chandon among them. The contrast between the elegantly booted and suited Federer and his various opponents—rapper A$AP Rocky, actor-director Jonah Hill, musician Harry Styles, and actor Timothee Chalamet—was stark. That the latter pair were barely through their mid-teens at the start of the decade seemed to be no barrier in the minds of the many who expected them to win.

“Roger has been dressing like a champ for the full decade; at 38, he knows what it takes to show up and look good. Chalamet, on the other hand, first appeared on a GQ cover in 2018 [he is just 23]. While we’re firmly in the no-rules era of menswear, there’s still plenty of appetite for a guy who just looks really good in a simple suit. No silver diaphanous layers, no glittery hoodies, no advanced mid-layer garments—just a suit. (And sometimes some crispy tennis whites.)”

And while Federer, at Chalamet’s age, was just getting into his stylish tennis stride with his first Major in 2013 and reaching No1 in 2004, it took him a few more years to pin down his sartorial style. In Vogue—edited, it so happens, by friend of the Federers, Anna Wintour—he explained:

“Bjorn Borg was special for me. Stefan Edberg too. In the ’90s, people like [Pete] Sampras and [Andre] Agassi had more of a baggy look, but [Borg] always looked cleaned up, proper. And then as time went on, we all became more fitted again. Now it’s almost going back to a loose fit again, but I like the fitted, crisp, clean, good look with nice touches of details.”

And through this decade, the look has evolved as the Swiss has grown increasingly comfortable in his skin. Here are just a few examples, taken over the last 10 years or so, that attempt to do justice to GQ’s Most Stylish Man of the Decade. 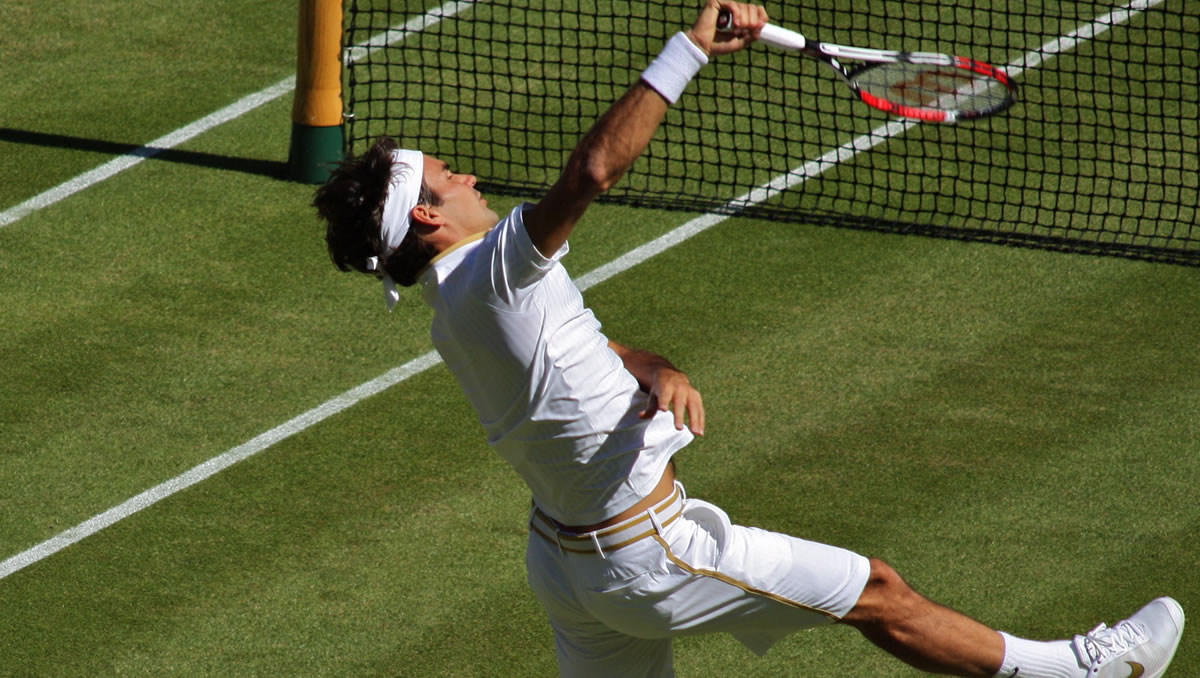 Wimbledon 2009: the white and gold precision would set the standard for future All England Club campaigns. 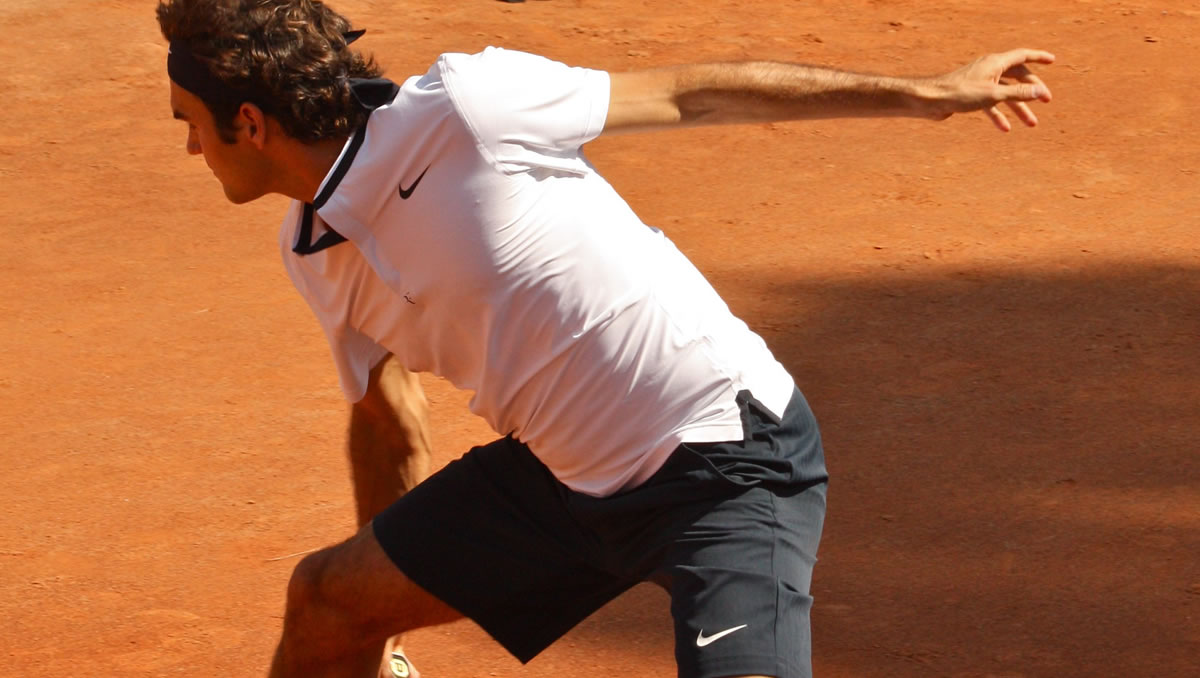 Rome has produced many great looks: this simple, open neckline and colour scheme stood out in 2010. 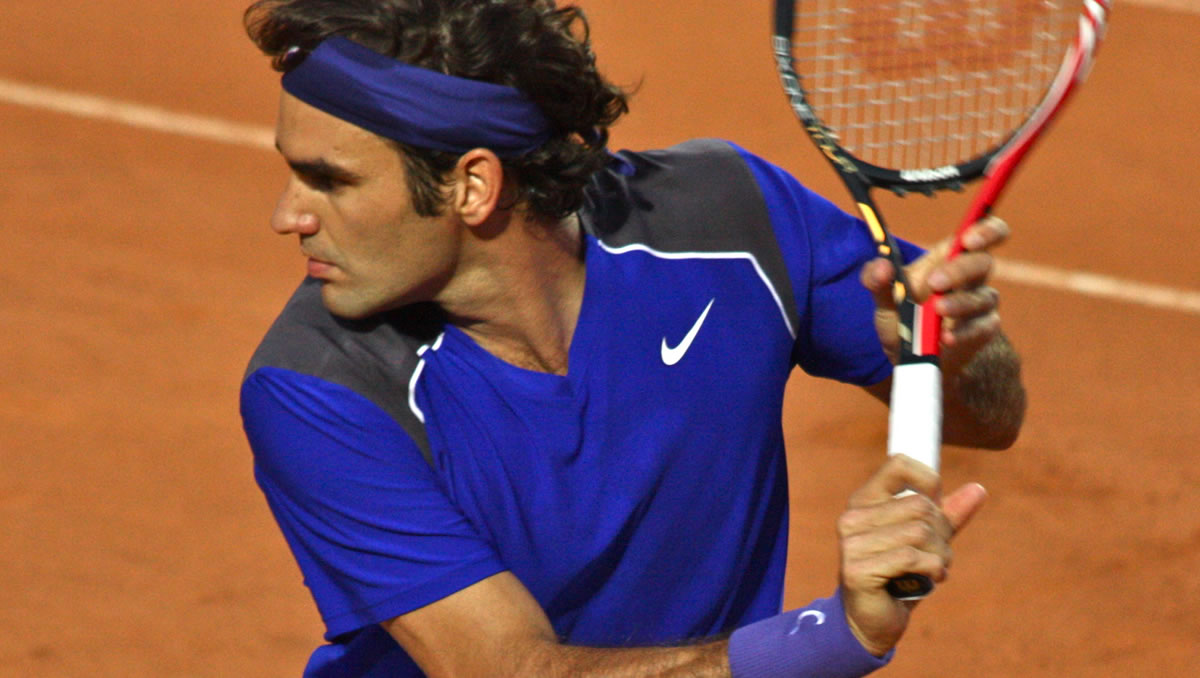 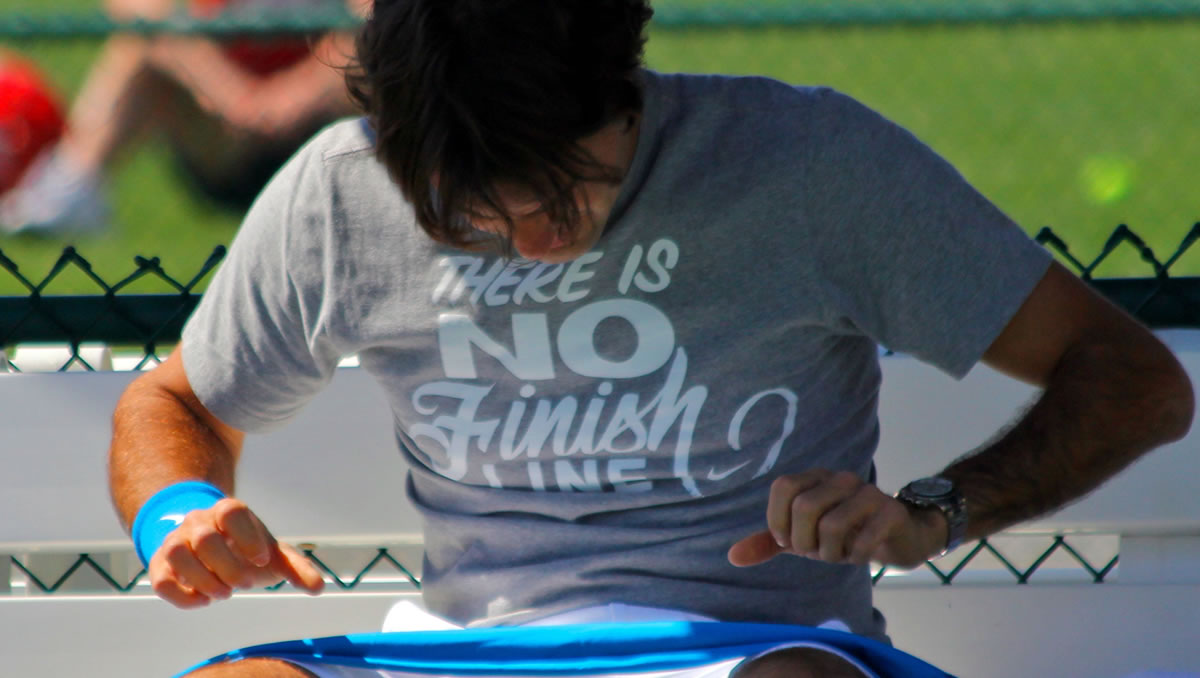 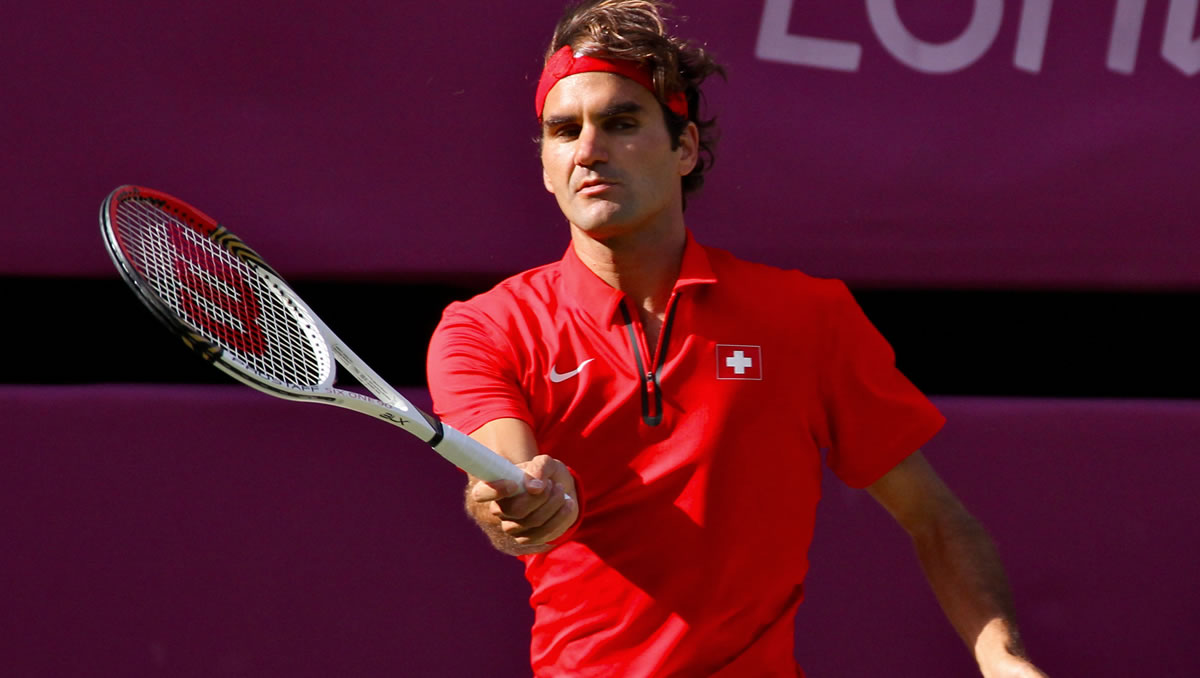 WTFs 2012: It was a strong year—and it ended with this photographer’s favourite. 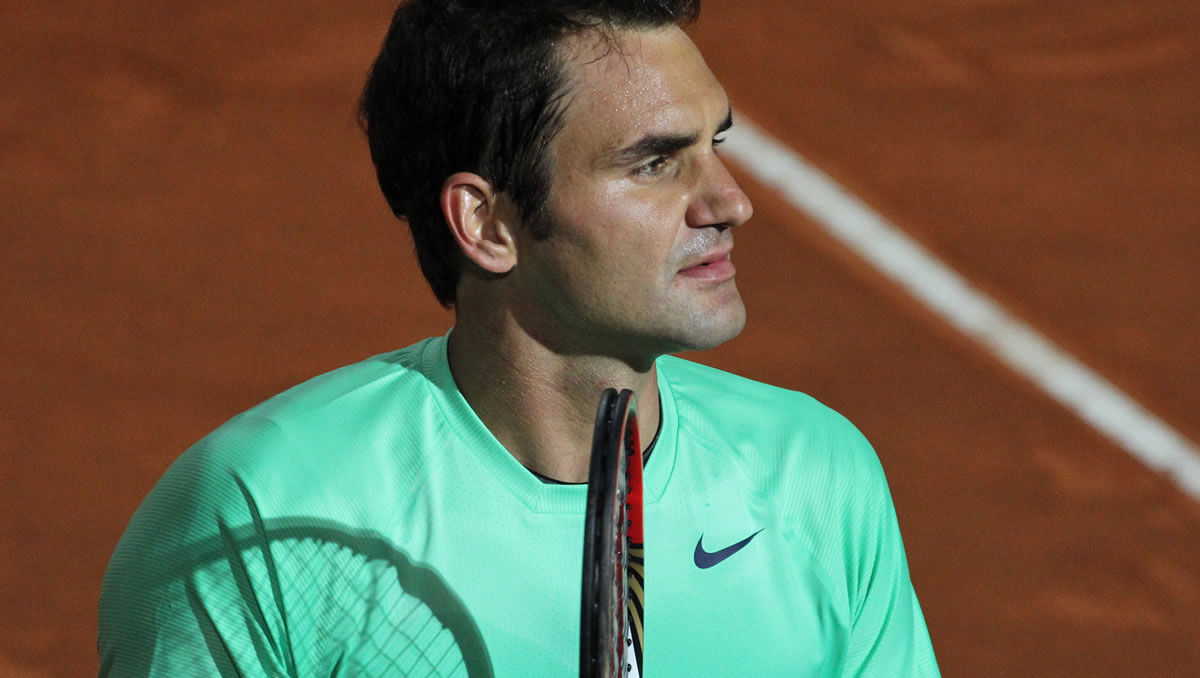 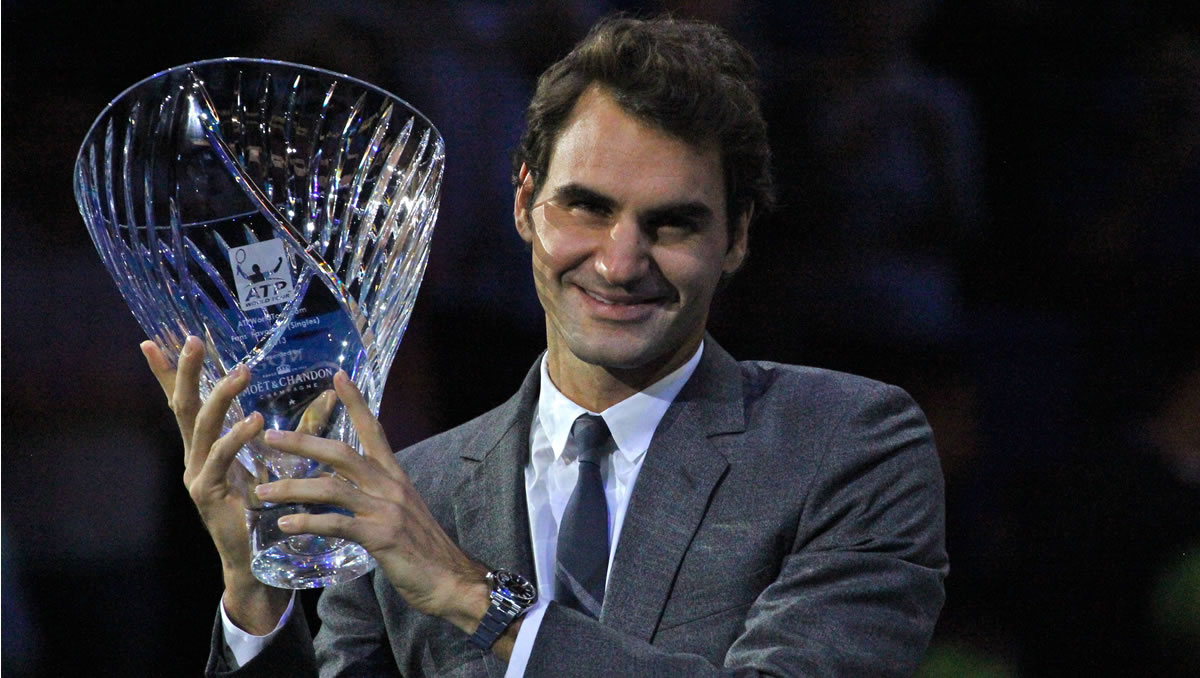 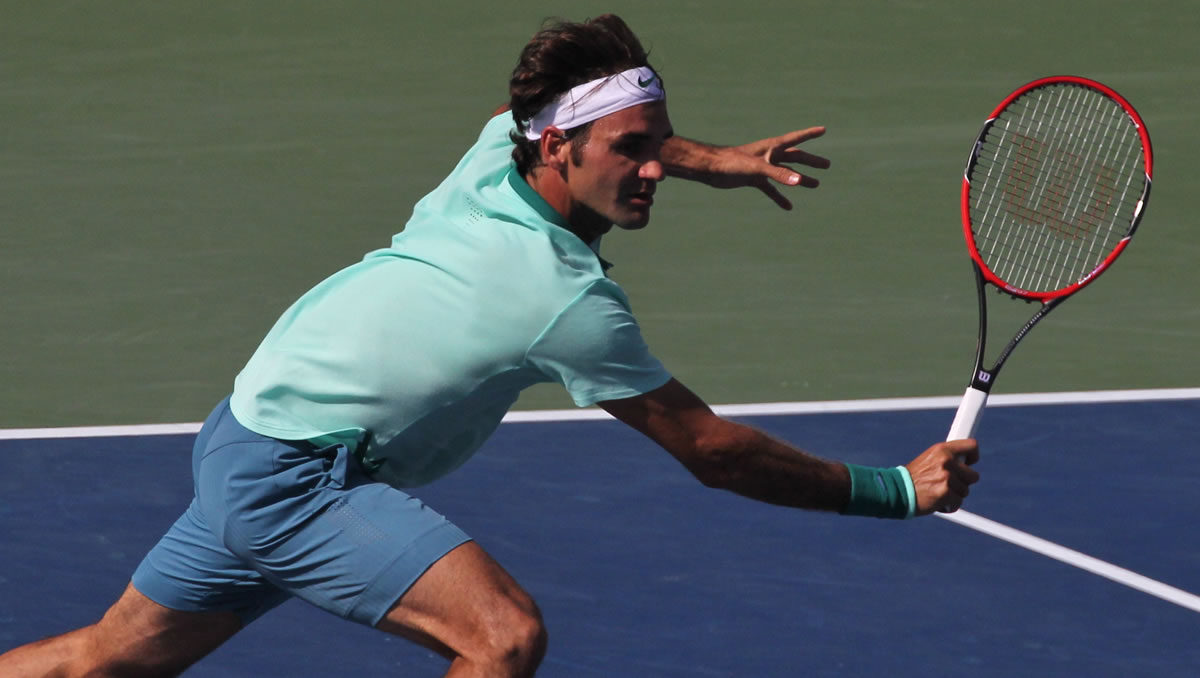 Toronto 2014, and the perfect colours for the court. 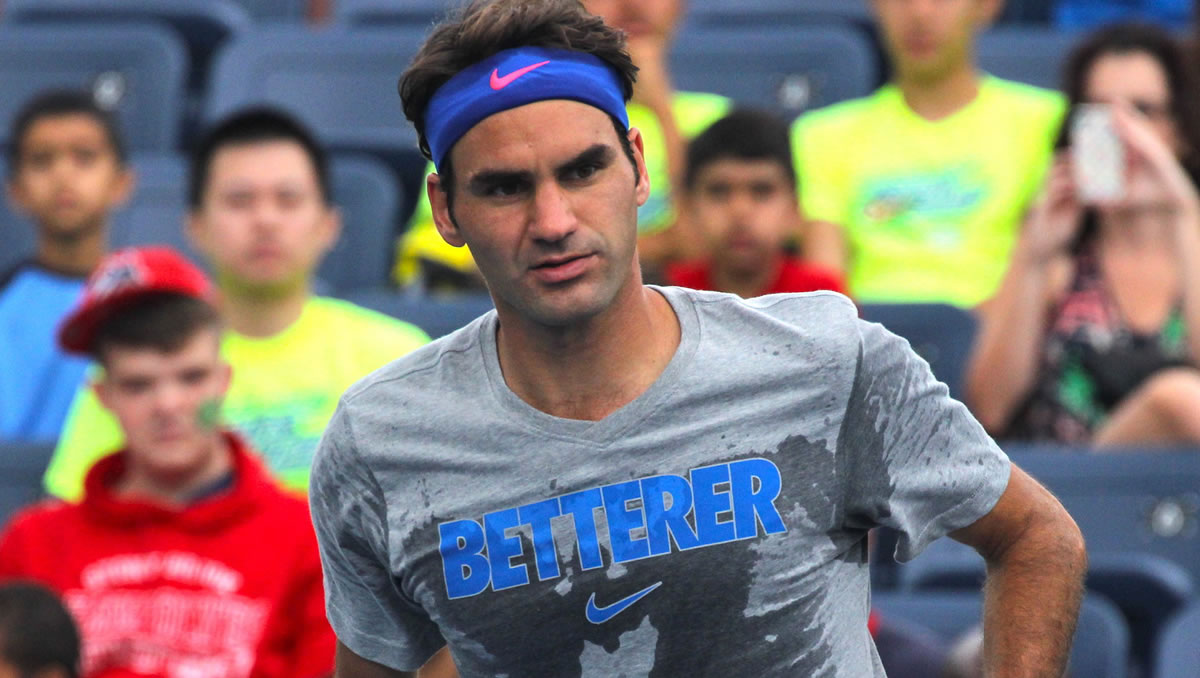 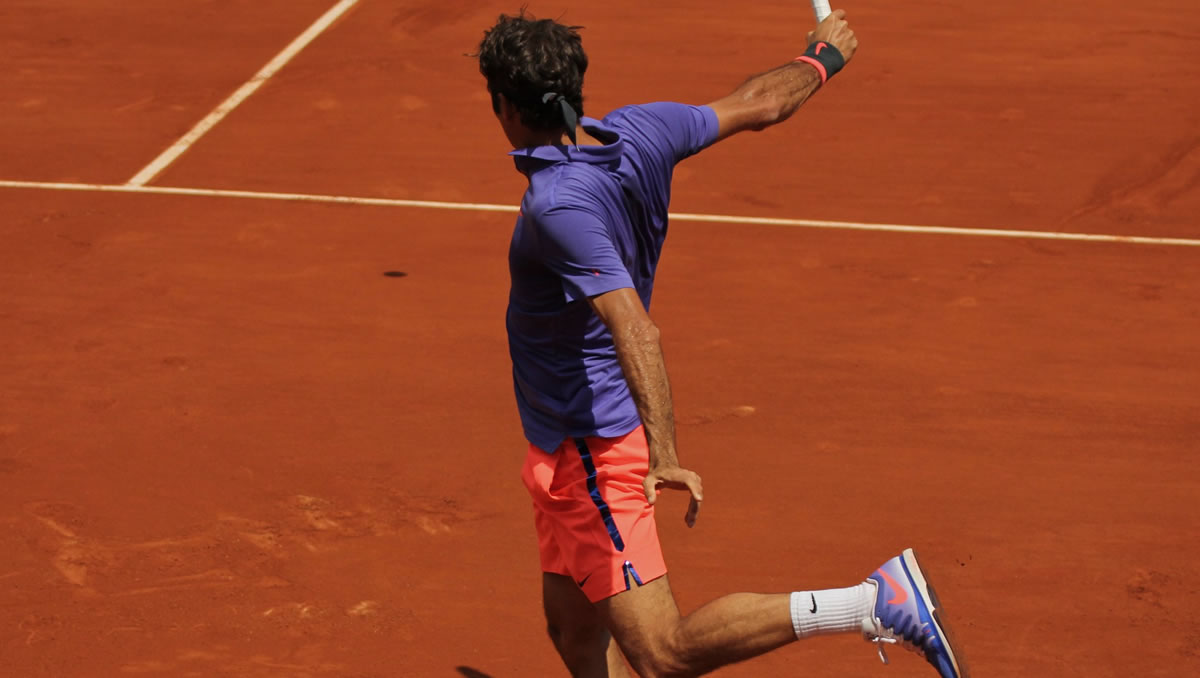 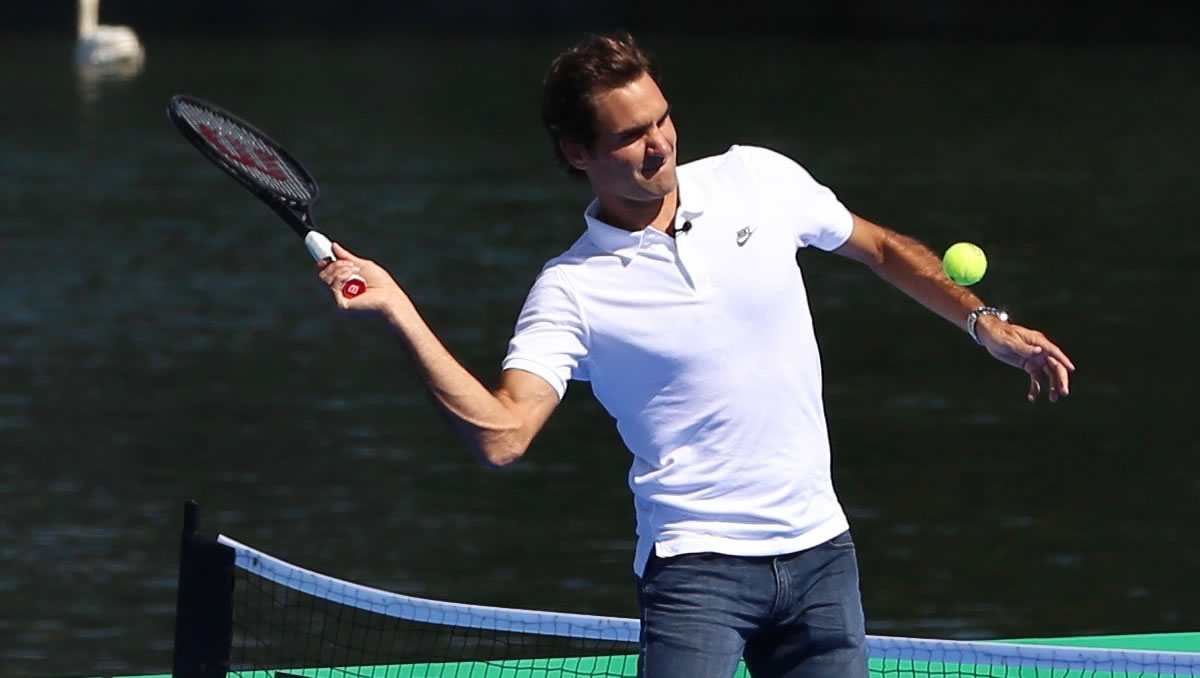 MfA3, Zurich 2017: off-duty casual while playing tennis on a boat.

London 2017: Suited up for the Laver Cup launch. 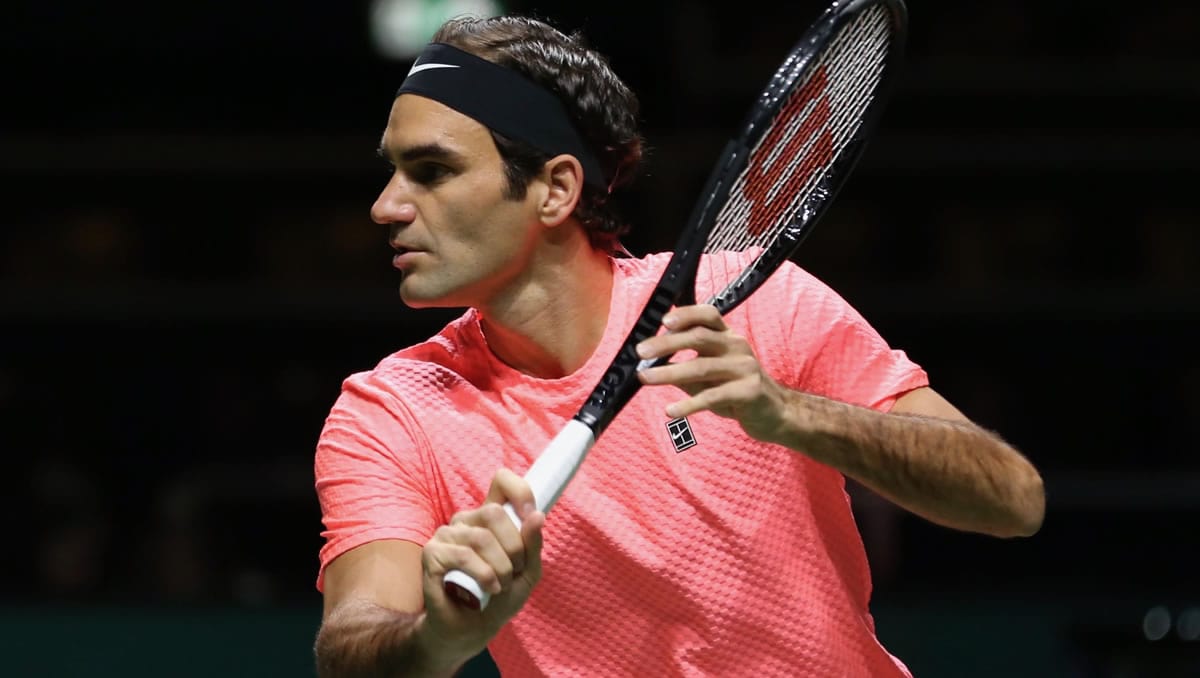 Rotterdam 2018: Wearing pink with aplomb—he was, after all, No1 again. 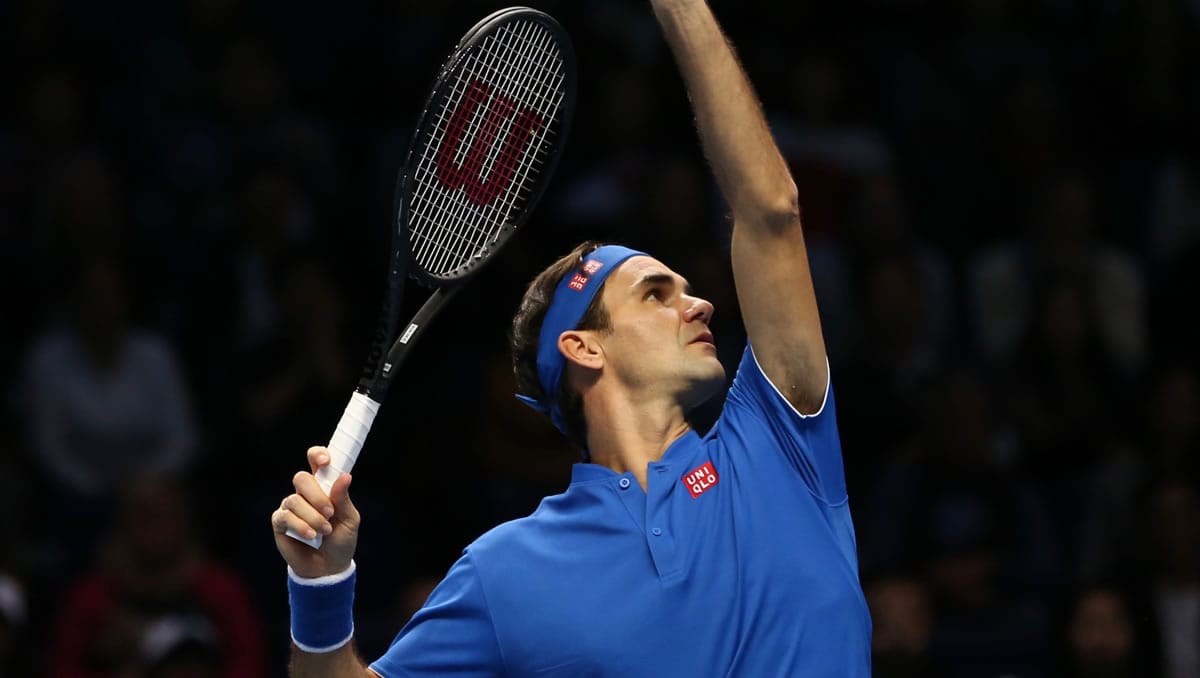 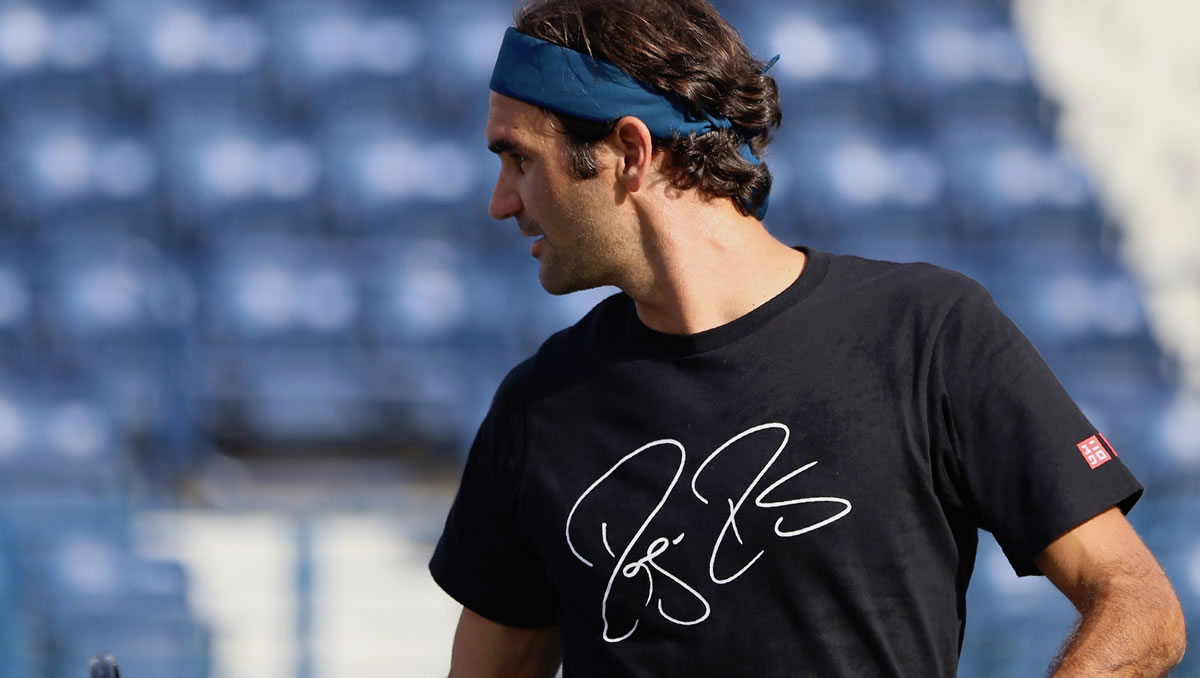 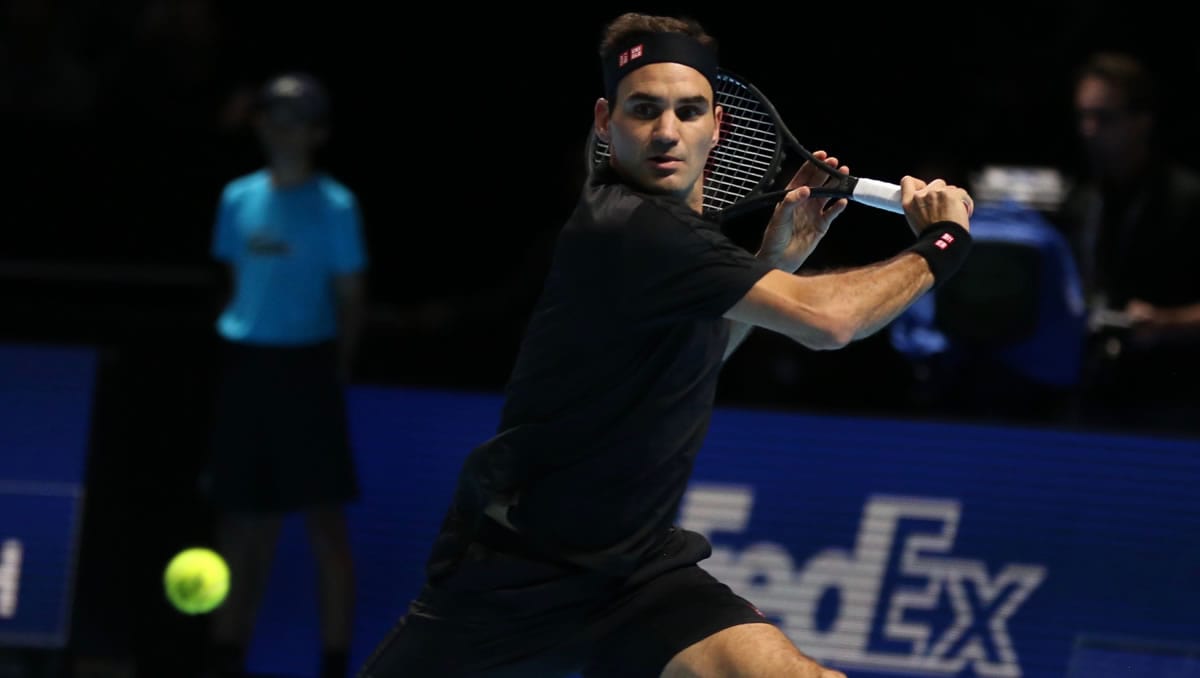 London 2019, and back in black 12 years after breaking out ‘Darth Federer’ in New York.