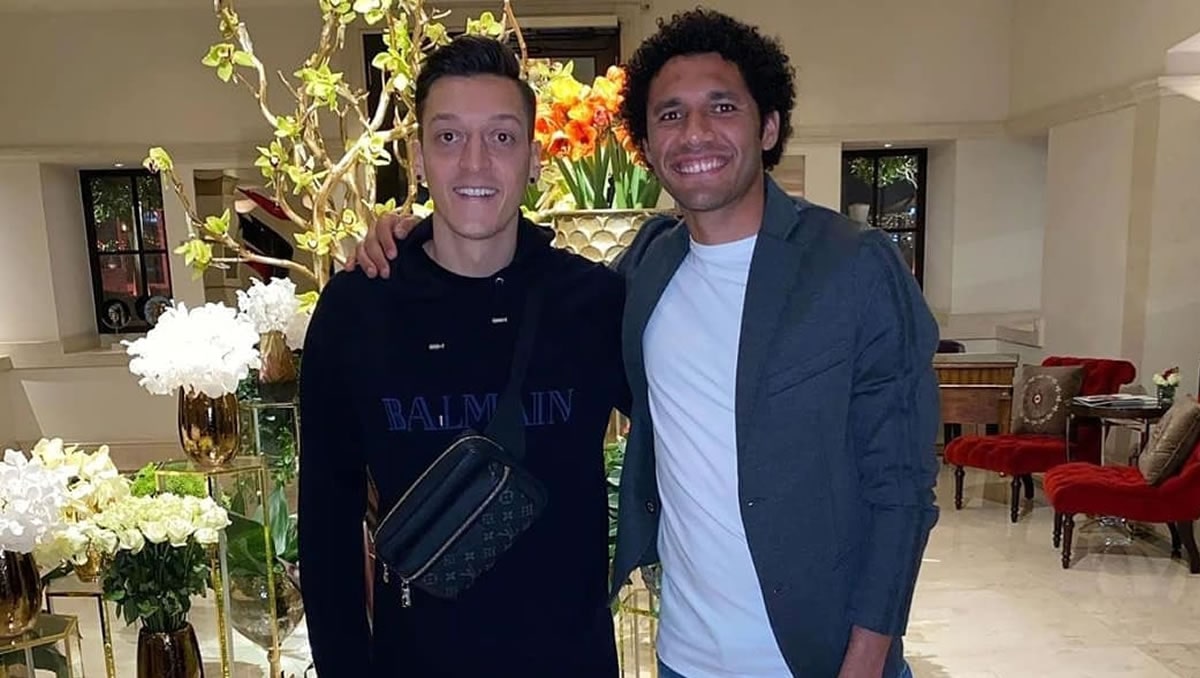 Arsenal star Mesut Ozil looked to be in high spirits as he caught up with Mohamed Elneny during a trip to Turkey this week.

The German midfielder is enjoying some downtime away from football, with Arsenal not in action until after their winter break on Sunday 16 February.

However, the 31-year-old has still only managed to make one assist all season and he has not scored for the Gunners so far this term.

Ozil took a trip to Istanbul this week and found some time to catch up with his former Arsenal team-mate Elneny, who is currently on loan at Besiktas.

Ozil posted the picture above on his personal Instagram account and wrote the caption: “Always great to spend some time with you my brother @elnennym ❤️❤️ #M1Ö.”

The World Cup winner will be hoping to feature for Arsenal when the Gunners take on Newcastle United after their winter break.

The north London side are currently down in 10th place in the table and 10 points behind fourth-placed Chelsea FC.

Solskjaer told not to play Man United star out of position