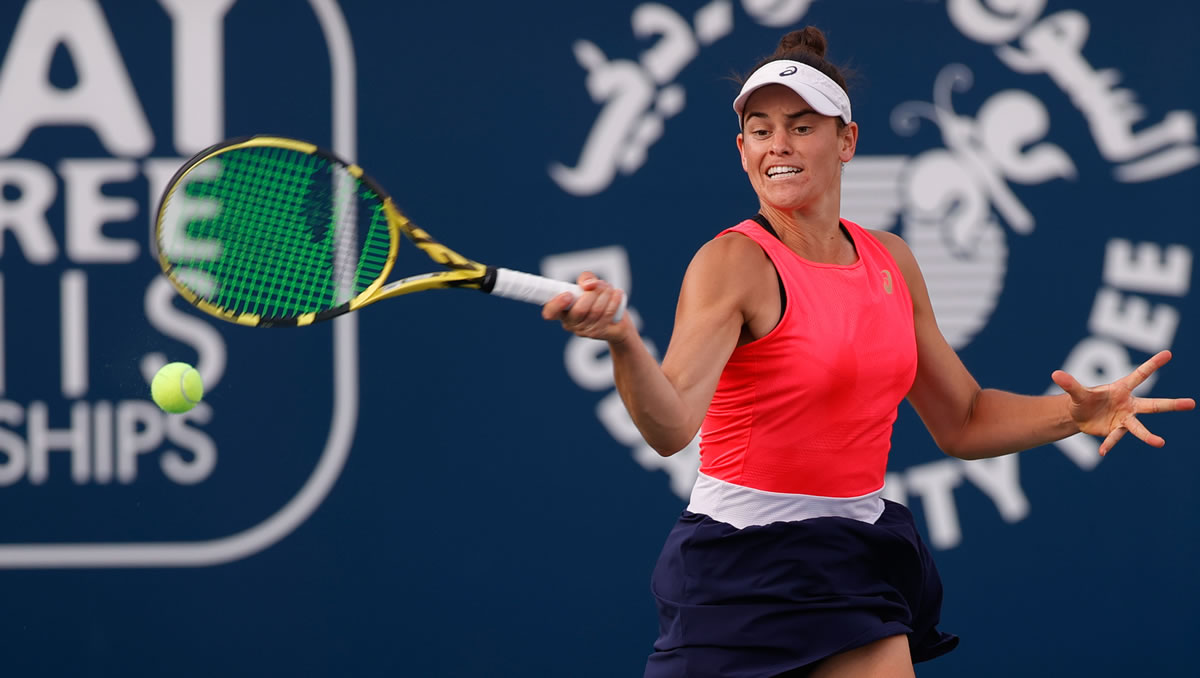 In a tournament of upsets, two more of the big names at the Premier 5-level Dubai Duty Free Tennis Championships found themselves dispatched from the draw by unseeded players.

Elena Rybakina, ranked 19 and age just 20, continued her extraordinary start to 2020 with her first win over a top-five opponent in the quarter-finals, beating world No4 Karolina Pliskova, 7-6(1), 6-3. And soon after, she was joined by qualifier Jennifer Brady, who beat Australian Open finalist and two-time Major champion, Garbine Muguruza, 6-7(5), 6-3, 6-4.

The young Rybakina has been one of the best players of the season so far. She was ranked 192 a year ago but this week entered the top 20 for the first time after winning more matches—17—and firing more aces than any other player on the WTA tour. She has reached the final of three out of the four tournaments she has played in 2020, winning Hobart, and finishing as runner-up at the Shenzhen Open in St Petersburg.

Even changing from playing indoors in the Russian winter to playing outdoors in the heat of Dubai has not broken her stride, as in her very first match in the desert she beat the Australian Open champion, Sofia Kenin.

“I knew I had to serve good today. I knew also that it’s not going to be long rallies. I was preparing myself just to return. First three balls I had to play, like, really focused. I was trying to do it.

“It was hot. It was a tough match because first time actually I played here in the heat. It was really difficult for me to come from indoors. I thought that I will have problems with the serve because indoors it’s a different feeling.”

Despite her defeat, Pliskova was pragmatic about her week in Dubai:

“She played well. I didn’t do that much wrong. Overall I think I tried to be aggressive, which with her is tough because you don’t get that many chances to be aggressive, especially on the returns. It was about a couple points. It could go both ways I think. Not making the final is [not always] a bad week. For me was not bad week here. A lot of positives. I thought my attitude was great.”

Brady began her season by beating world No1 Ashleigh Barty in Brisbane, and when she arrived in Dubai, she did not drop a set in qualifying before upsetting former two-time champion Elina Svitolina in the first round. She went on to beat the 2019 French Open finalist, Marketa Vondrousova, and it took another fight back after losing the first set to Muguruza to reach the semis after more than two hours.

She said of her win:

“I think really the match started from 3-2 in the second set for me. Never really felt like I was in the match from the very beginning. I think maybe a bit of nerves from both of us… I wasn’t feeling my best, maybe didn’t play my best tennis, but just found a way to stay in there, compete, come out on top.”

The draw does not get any easier for the American. Having twice played giant-killer, she will next face either No1 seed and former champion Simona Halep or No7 seed Aryna Sabalenka. Brady, who lost to Halep in the first round at the Australian Open, said:

“Obviously, I played Halep in Australia. Never played Sabalenka. I mean, obviously great players, competitors. I’ll probably sit, relax, watch the match. Yeah, whoever I play, it will be a tough one.”