Clijsters was playing first match in over seven years: “It’s never a doubt that I can’t do it anymore” 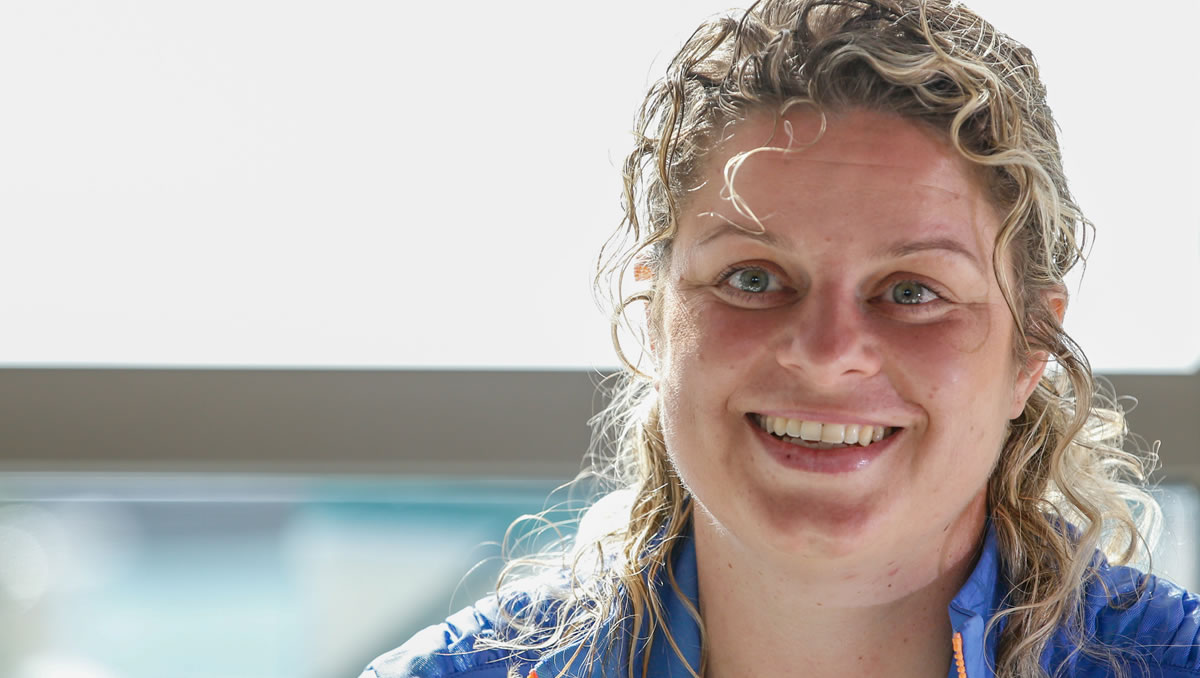 It was perhaps Kim Clijsters’ misfortune to face Garbine Muguruza at a time when the statuesque Spaniard was regaining the formidable form that had won her two Major titles.

For while Muguruza’s last Major came at Wimbledon in 2017, she had reached her first final since at the Australian Open last month.

Whether it was also a misfortune that Muguruza was facing Clijsters because she had been promoted to the eighth seeding when No6 Kiki Bertens withdrew after winning the St Petersburg title—well, that was hard to say. Both prospects were formidable, given the circumstances.

The 36-year-old Clijsters had postponed her highly-anticipated return to the tour at the start of the year, opting to play at the 20th anniversary of the big Premier 5 in Dubai for the first time in her illustrious career.

Back from retirement for the second time, the four-time Major champion and former No1 had played just two matches after reaching the quarters of the 2012 Olympics, walking away after the US Open. So to draw an opponent of Muguruza’s calibre for her first match in more than seven years was, yes, unfortunate.

Did Clijsters also realise—to give some context to her return—that her opponent had only turned professional in the year Clijsters retired to have her second and third and children? Since then, Muguruza had won seven titles and also reached No1. And with 11 match-wins already this season, she was making a case as a strong contender for the Dubai title.

But Clijsters was not fazed by the challenge: She had her own personal goals and expectations to meet, as she explained on Media Day in Dubai.

“Obviously, I was a little curious to see who [my first opponent] was going to be. But I don’t think it really matters in my situation right now. I still feel like I have a lot of things that I want to focus on myself, want to learn, start to get a feel for things again mentally, physically, emotionally, how I’m going to feel when I’m out there.

“I’ve been practising well. It’s important to now try to put whatever is going well in practice into a match and see how I will deal with being under pressure, nerves, those kinds of things. That’s something that I haven’t done yet.”

“I’ve enjoyed the challenge. Being 36 years old… it is with ups and downs. It’s how you mentally stay through it. It’s all easy when it goes well. When things don’t go well, that’s obviously when you have to be committed and focused.

“I haven’t had that feeling of being scared… There have been moments where I feel like I need to do this better, but it’s never a doubt that I can’t do it anymore… I have expectations.”

Certainly the Dubai crowds, on this Monday evening, were in no doubt who they supported, and cheered every point that Clijsters won. Even before this surprise return to competition, the Belgian was one of tennis’s most loved players, and won the Karen Krantzcke Sportsmanship Award eight times.

However, there were not too many winning shots for the Belgian in the first set. She was broken early, was threatened against at 2-3, and broken once more in the seventh game as her serve began to waver.

In contrast, when Muguruza faced 0-40 as she served for the set, she produced five big serves to hold, 6-2, and looked in command of proceedings. Clijsters had managed just three winners, but made five double faults, and that pattern continued into the start of the second set. A quick break, a love hold, another break, and Muguruza was 3-0 up.

Gradually, though, Clijsters’ dancing footwork earned her more winners, and she made a sequence of signature backhands to punch holes in the Muguruza defence. The Belgian broke, and the chanting crowds roared encouragement.

The Belgian went from strength to strength, feeling the court and the ball better with every rally. At times, it looked as though she had never been away, and the Spaniard was non-plussed by the angle, penetration and speed of Clijsters from the baseline. Sure enough, the Belgian broke again to level, 4-4, and then rode out a tough game and two more break points to hold with an ace: She led the set for the first time.

But Muguruza was not about to back down, and her much-improved serve won a love hold for 6-6. It was, though, Clijsters who stole a march, 2-0, in the tie-break, only to lose four points in a row. But with some oh-so-familiar forehand strikes, she levelled again at 5-5, then 6-6. Ultimately, however, the 26-year-old Spaniard’s serve held strong: She took the match, 7-6(6), after more than an hour and a half of enthralling tennis.

Muguruza was impressed by what she had seen:

“It was exciting. I’ve seen her play when I was starting on the tour. I mean, she’s an incredible player. Excited to be the first one on her third comeback. I think she played very well, especially in the second set at the end. It was very tight. I think it was a fun match to play.

“She has the tennis over there. I’m sure she’s going to get better and better, for sure give us a lot of trouble. I think she played really well after all these years, a mom, there’s so many stuff.”

As for Clijsters, she has provisionally scheduled Monterrey, Indian Wells—where she has won twice—and Charleston, which would be her first clay tournament since 2011. And what was she happiest about in this first match?

“I think the fight a little bit, being able to come back, not let my head down when I was down in that second set. It’s not a surprise, but it’s a good feeling knowing that’s still somewhere in there.”