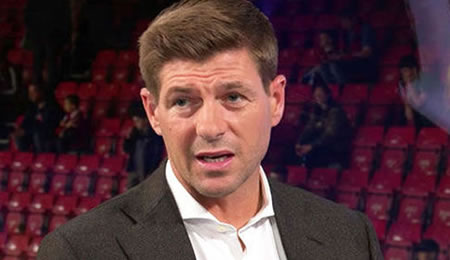 Steven Gerrard has admitted that he still isn’t ready to take over the reins at Liverpool FC.

The former Reds captain has been in charge of Scottish Premiership side Rangers for the past 20 months or so.

Gerrard has made a positive impact at Rangers as the Ibrox Stadium continue to rebuild under the Champions League winner.

Rangers are in second position in the Scottish Premiership table behind their bitter rivals Celtic.

Gerrard has regularly been talked up as a potential successor to Jurgen Klopp at Liverpool FC when the German head coach decides to end his spell at Anfield.

Klopp’s current deal is set to run until 2024 after the Liverpool FC boss signed a new contract last year.

However, former Liverpool FC captain Gerrard doesn’t want to rush into such a big appointment – and he doesn’t expect the Reds to opt for him purely because of his history as a player.

“I understand why because I was captain for so long and a large chunk of the fanbase would like me back at the club,” Gerrard told The Daily Mail.

“But I’m bright enough to realise that, first and foremost, you have to be good enough. The owners need to think you’re the right man.

“Let’s say Klopp wins the Premier League, Champions League and goes because he feels he can’t do any more. They aren’t going to pick me if I am only the 20th best candidate.

“And nobody asks if I think I need two or three goes elsewhere. If I got the chance [at Liverpool] I’d want to be best prepared. You can’t plan everything season by season. If things turn in months, you’d be out of work.

“That’s how brutal the job is, but you are aware before you go in.

“Jurgen Klopp told me he’d made two years of mistakes away from the cameras, getting his pitch confidence. That is what I did at Liverpool with the youngsters. I didn’t go into Rangers thinking I’d cracked it.

“Am I ready for the Liverpool job right now? Maybe not.”

Liverpool FC are on course to win their first-ever Premier League title this term in Klopp’s fourth full season in charge of the Merseyside outfit.

The Reds have already lifted the Champions League and the Fifa Club World Cup under the German.

Liverpool FC will take on West Ham United at Anfield on Monday night.