Photo: Liverpool FC star Roberto Firmino relaxes in the Maldives with his wife 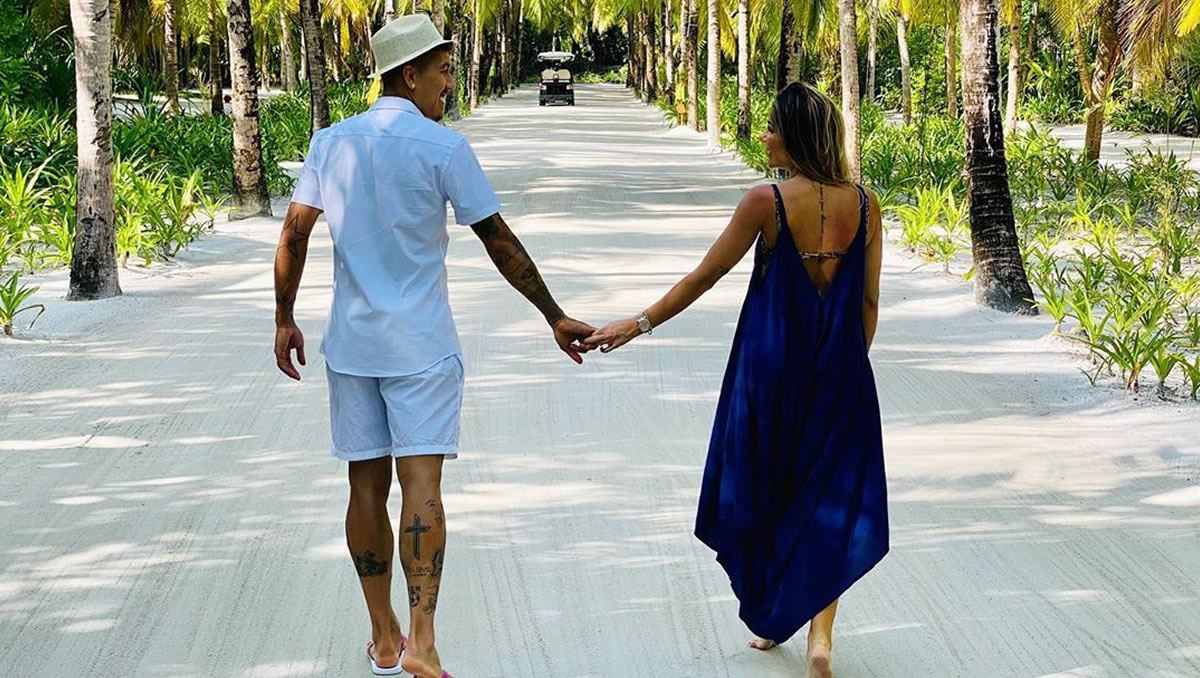 Roberto Firmino and his wife Larissa in the Maldives (Photo: Instagram / larissa_peereira)

Roberto Firmino looked to be making the most of the winter break in the Premier League as he enjoys a trip to the Maldives with his wife Larissa.

Jurgen Klopp’s men are currently enjoying their winter break in the Premier League after their thumping 4-0 win over Southampton at Anfield at the weekend.

Firmino has certainly deserved his time off this month, with the Brazilian having notched up three assists in the second half for the Reds against the Saints.

Klopp opted not to include any of his first-team players for Liverpool FC’s FA Cup fourth-round replay against Shrewsbury Town on Tuesday night, and instead let his stars make the most of their break.

Firmino looked to be in high spirits as he enjoyed a walk with his wife during his trip to the Maldives.

His wife Larissa posted the picture above on her personal Instagram account and wrote the caption: “I love you, HOW I LOVE YOU! ❤️.”

Firmino will be expecting to start for Liverpool FC when the Reds return to Premier League action with a trip to Norwich City after the winter break.

The Reds will then turn their attentions towards preparing for their Champions League last 16 clash with Atletico Madrid.

‘He’s a weapon for us’: Frank Lampard raves about Chelsea FC starlet