Photo: Man United star Fred soaks up the sun in the Maldives with his wife 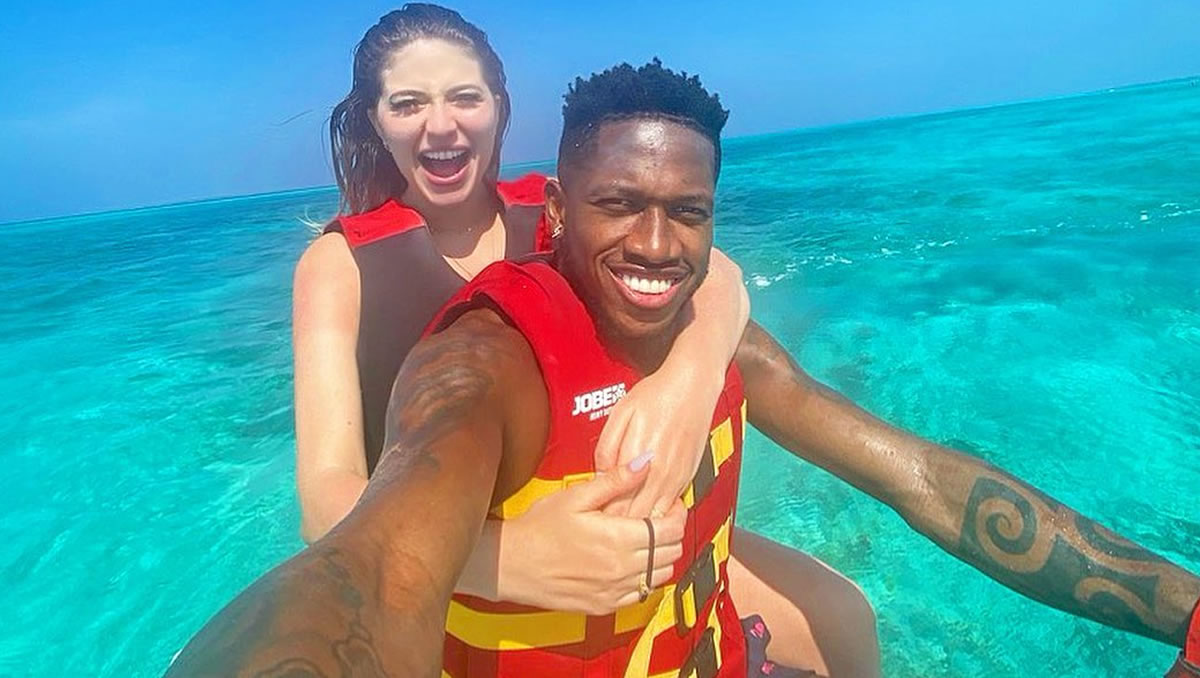 Fred and his wife Monique in the Maldives (Photo: moniquesalum / Instagram)

Fred looked to be making the most of his downtime during the winter break as the Manchester United midfielder enjoyed some time off with his wife in the Maldives.

The Red Devils are currently midway through their winter break, with Ole Gunnar Solskjaer’s men not back in action until they travel to Chelsea FC in the top flight on Monday 17 February.

Solskjaer has opted to let his players have some time off to recuperate after a gruelling few months in the Premier League.

Fred has opted to head to warmer climes to enjoy some sun in the Maldives as he recharges his batteries ahead of the final few months of the season.

His wife, Monique, posted the picture above of the couple on her personal Instagram account as the pair enjoyed themselves on what appears to be a jet ski.

Fred has been earning praise for his recent performances for Manchester United after initially making a slow start at Old Trafford.

The midfielder has made 21 Premier League appearances for the Red Devils so far this season, and he has notched up one assist in three Europa League games.

Bernd Leno sets Arsenal targets for the rest of the season