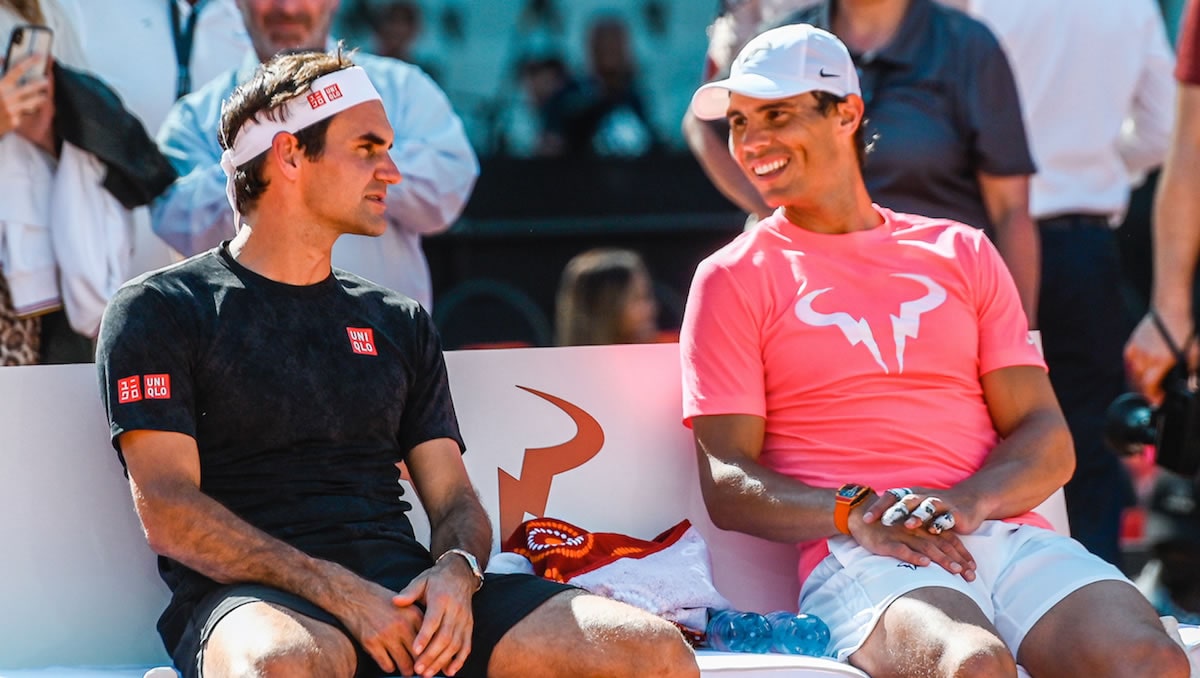 The Cape Town Stadium has hosted some spectacular events in the decade since it was built for the 2010 FIFA World Cup—eight of those World Cup matches, rugby internationals, and concerts featuring the likes of Cold Play, Justin Bieber, Bon Jovi, Maria Carey and, in 2011, Neil Diamond.

Back then, though, how many could have anticipated that Diamond’s signature anthem, Sweet Caroline, would be sung by almost 52,000 tennis fans—along with Roger Federer and Rafael Nadal?

But that is precisely what happened during the record-breaking Match in Africa on a windy Friday night in Cape Town.

Playing in aid of the Roger Federer Foundation, great rivals and friends Federer and Nadal went head-to-head to raise $3.5 million in what was the culmination of several days of visits, meetings, and events with local children in southern Africa.

The Match in Africa was the sixth edition of this event, but the first to take place on African soil, the birthplace of Federer’s mother.

[See Federer: “This really connects all the dots—playing tennis, raising money, and doing it in South Africa, which is very special to me.”]

And Lynette Federer danced her way to the coin toss for the first match of the evening in which Bill Gates and Trever Noah joined the two champions for the curtain-raising doubles match, Federer playing with Gates against Nadal and Noah.

Before Federer and Nadal returned for their singles match, the event showcased local talent in the shape of the Ndlovu Youth Choir and the Zip Zap Circus, a Cape Town-based social circus that was founded to inspire young people and to help build a new culture of peaceful coexistence in South Africa.

It perhaps surprised few that 20-time Major champion and current world No3 Federer came out the winner after an enjoyable three sets against the 19-time Major champ and world No2 Nadal. The parents of both men were in attendance, but this was, after all, a Federer evening for a Federer cause. The next time that the Swiss reciprocates for Nadal’s charity on Spanish soil, the result is sure to be different.

But while there was some nice, and energetic, tennis along the way, the biggest celebration followed the match, with two key announcements. They had not only raised $3.5 million but had set a new attendance record for a tennis match: 51,945.

“There are so many emotions; so many incredible feelings for me. We have it here on paper—51,954 people at a tennis match. These are things you dream about—and to do it here in a place where I have my roots, in SA, is beautiful.

“This is one for the people. I hope this resonates in a good way. It’s great to have good news coming out of Africa. 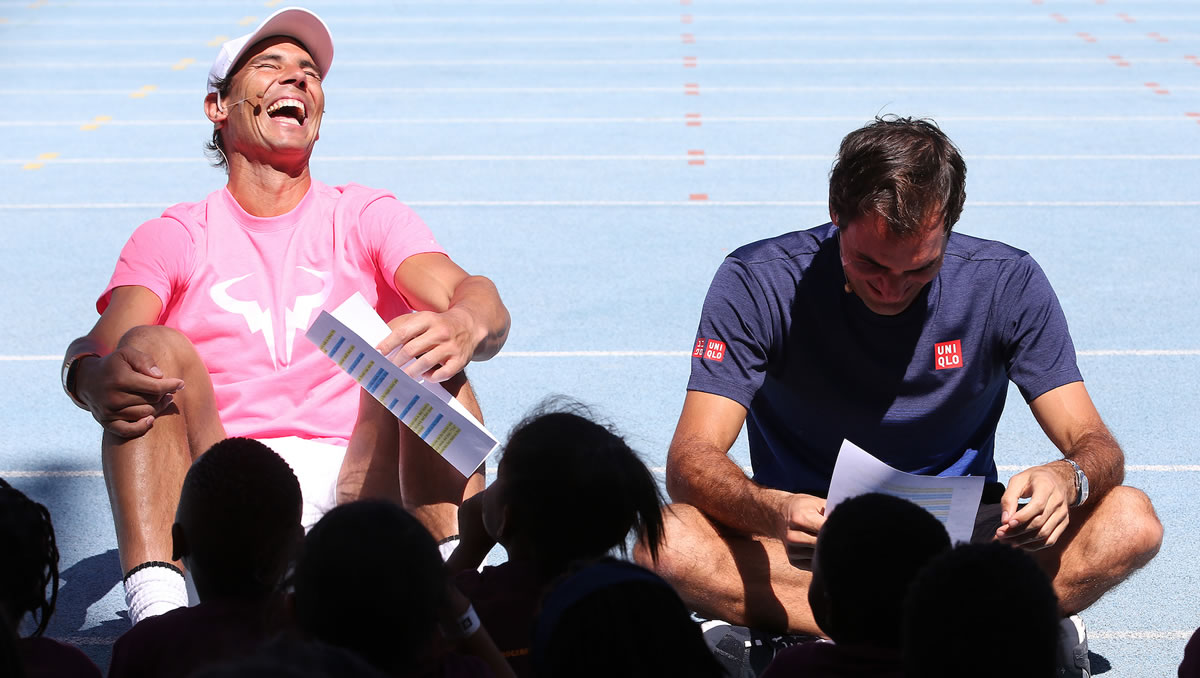 “Thanks, Rafa, for a great match, to Bill and Trevor for stepping out of their comfort zones, and most of all, thank you, South Africa, and thank you Cape Town, for all your overwhelming support and for making a difference to those who need it most.”

And asked how he would describe it to a 22-year-old Roger [Federer’s age when he set up the Foundation]:

“In life, in tennis and also in philanthropy, it’s a constant learning process. Sometimes we have to take risks and sometimes we worry if it’s worth it… You [can] take a chance trying to fill a stadium and look ridiculous. But here we are, and it was great.”

“I’m very happy to finally play in South Africa. We hope that bringing two big rivals together for a good cause is a strong message for the younger generation and will help inspire South Africa’s children to do great things.

“It’s a tradition that we support each other and Roger’s Foundation is doing great work. The match is a great message for the people here in South Africa and the world.

“I always wanted to work with young children, and through my foundation, we also focus on education. I believe we can give kids the opportunity to have a better future through sport. I’m happy to come to South Africa and support a great cause.”

About the Roger Federer Foundation

Since 2003, the Roger Federer Foundation has been engaging in charitable programmes in Africa and Switzerland giving children a good start in education. Over 1.5 million children have benefitted from the interventions. The foundation only works with carefully selected local organizations in long-term partnerships and seeks to bring about systemic change and have a sustainable impact. The Foundation is running School Readiness Initiatives in Botswana, Malawi, Namibia, South Africa, Zambia, Zimbabwe, and Switzerland, and has invested more than $52 million in towards 7,000 primary schools and preschools since its establishment.