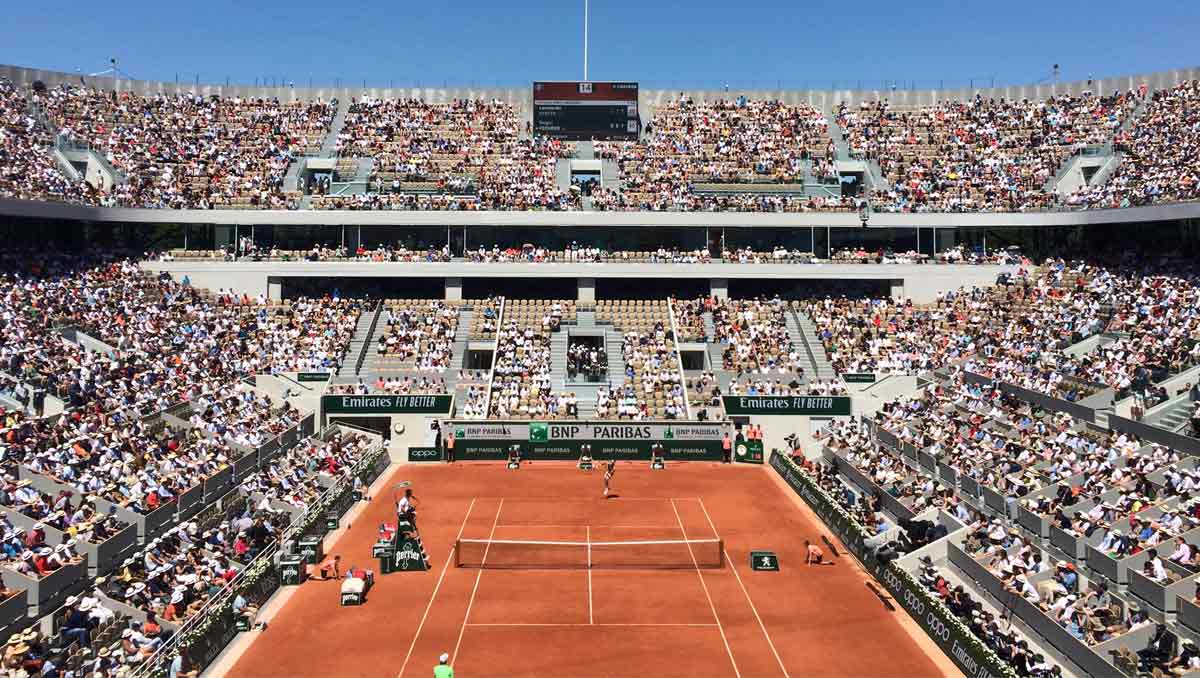 Little more than a week ago, the first big tennis casualty of the coronavirus pandemic was announced in Indian Wells.

A day or two later, the ATP tour entered a six-week suspension of its calendar, while the ITF and a slew of WTA tournaments followed with similar shut-downs.

But in the space of a week, the world of sport has become just one casualty within the global response to the escalating emergency of Covid-19.

For many, it was very soon clear that six weeks was a hugely optimistic time-scale. Here last week, we asked:

“Will the French Open be under threat? If the UK is still two months off its peak infection rate, can the grass swing be unaffected?”

Sure enough, just days later, the situation in most parts of the world has deteriorated rather than stabilised—borders, schools, entertainment venues and international events have been closed or cancelled.

Against such as backdrop, and with nations facing dangerous surges in illness and unprecedented economic uncertainty, it began to look increasingly absurd to talk of rescheduling within the tightly-packed tennis calendar—and so it proved.

The men’s professional body [the ATP] was the first to announce an across-the-board suspension of six weeks, followed by the International Tennis Federation, which is responsible for Davis Cup, Fed Cup, Olympics, and the junior and senior tours. The women’s tour [the WTA] initially followed the lead of individual tournaments that, one by one, opted to cancel, but finally this week added a blanket suspension until the first week of May.

Perhaps too little, too late to be of immediate value to players and their teams, ticket-holders and the tournaments themselves, but the picture was thrown into still greater disarray by the unilateral announcement on Tuesday by one of the four Major championships, the French Open.

Because overarching the melee of tennis organisations that have been trying to reach some consensus in these rapidly-changing times, there are four Slams that are steered by their own organisations and their own agendas. And, it soon became clear, not all of them were prepared to ‘play ball’.

Out of the blue, Roland Garros issued an announcement saying it was to move the tournament from its usual fortnight during the last week of May and first week of June to late September, where it would follow hot on the heels of what is usually the last Major of the year, the US Open.

“While no-one today can predict what the health situation will be like on 18 May [the start of qualifying], the lockdown measures in force make it impossible to prepare for it and therefore to organise it on the dates initially planned.”

Paris traditionally hosts the culmination of the long clay-court season that travels through some of the Europe’s most glamorous cities during April and May—Monte-Carlo, Madrid, Rome feature high in the schedule. However, with the earlier tournaments such as Monte-Carlo, Stuttgart, and Barcelona cancelled, and virus-stricken Italy and Madrid in near lock-down, the French Tennis Federation clearly saw the writing on the wall, and snaffled up the small window that might remain viable for its showpiece event.

And it quickly became clear that they had done so with little or no consultation with fellow Majors, and certainly not with the ATP/WTA events that would be marginalised by the move, the likes of Tokyo, Zhuhai, and Wuhan. The sold-out Laver Cup, which has attracted all the big names in men’s tennis to its roving schedule, also fell within the new Roland Garros window.

Many players soon had something to say about the lack of consultation, which Jamie Murray summed it up thus:

“The frustration will be that the FFT acted on its own with no regard for any of the other stakeholders in tennis.”

Not least among the difficulties thrown at the players will be the dramatic change of surface from New York’s hard courts to the challenging demands of clay with no acclimatisation. Then there is the physical exhaustion for those who go deep into the US Open draw and find themselves heading back to a cooler, damper northern Europe in the space of a few days.

So the response from the other remaining 2020 Majors was swift. The All England Club, Wimbledon said:

But bearing in mind the current trajectory of the coronavirus infection in the UK, there must be few who truly believe the situation will be anything approaching ‘normality’ by late June. And of course, should Wimbledon be cancelled, there is no longer any viable spot in the calendar for the surface that, more than all others, is weather-dependent.

Then it was the turn of the US Open, and a rather more pointed comment:

“The USTA is continuing to plan for the 2020 US Open and is not at this time implementing any changes to the schedule. These are unprecedented times, though, and we are assessing all of our options, including the possibility of moving the tournament to a later date.

“At a time when the world is coming together, we recognise that such a decision should not be made unilaterally, and therefore the USTA would only do so in full consultation with the other Grand Slam tournaments, the WTA and ATP, the ITF and our partners, including the Laver Cup.”

As for the Laver Cup, which has already sold out its three-day, 20,000-seater event at the TD stadium in Boston, the retort was swift and decisive:

“The tennis world learned today that the French Tennis Federation intends to schedule Roland Garros from 20 September to 4 October… This announcement came as a surprise to us and our partners—Tennis Australia, the USTA and the ATP. It raises many questions and we are assessing the situation. At this time, we want our fans, sponsors, broadcasters, staff, volunteers, players and the great city of Boston to know that we intend to hold Laver Cup 2020 as currently scheduled.”

Of course, given the escalating situation in North America, there are not even guarantees that the US Open and Laver Cup will be able to go ahead. However, what has emerged from this chaos is a rare show of unity across the vested interests in tennis.

This came across loud and clear in the latest statement issued by the ATP and WTA:

“After careful consideration, and due to the continuing outbreak of Covid-19, all ATP and WTA tournaments in the Spring clay-court swing will not be held as scheduled… The professional tennis season is now suspended through 7 June 2020.”

So far, so expected: an across-the-board abandonment of tournaments for the entire 2020 clay season. The rest of the statement, though, did not pull its punches.

“The challenges presented by the Covid-19 pandemic to professional tennis demand greater collaboration than ever from everyone in the tennis community in order for the sport to move forward collectively in the best interest of players, tournaments and fans… Now is not a time to act unilaterally, but in unison. All decisions related to the impact of the coronavirus require appropriate consultation and review with the stakeholders in the game, a view that is shared by ATP, WTA, ITF, AELTC, Tennis Australia, and USTA.”

Notable by its absence in that list is the French governing body, the FFT.

It is a political dig, certainly, but there is no getting away from the confusion that now surrounds the playing of all the Majors, let alone where and when the remaining Tour events that culminate in London and Shenzhen will be played.

However, for the majority of players, their support teams and families, the stakes are far higher: no matches, no tournaments, and no prize money equals a blow to livelihoods.

With no points to win or defend, the rankings on both men’s and women’s tours have been frozen, but even that poses difficult problems. Some players make hay in the all-too-brief grass swing, for example, while others boost their position through the long clay swing. How many tournaments will ultimately be on offer on either surface?

Other questions follow. Will Novak Djokovic’s residency at No1 be expanded during this ‘frozen’ season, as he targets second-place on the overall list of weeks at the top currently occupied by Pete Sampras?

Will French Open champion Rafael Nadal, who won No12 last June, be able to switch straight into gear in Paris without any warm-up clay tournaments? Doing so could match Federer’s 20 Major titles—but then Nadal could find himself defending two Major titles in back-to-back tournaments, for he is also defending US Open champion.

Will the Laver Cup cock a snook at the French Open and attract the necessary quality of players to keep the Boston road-show viable? That is certainly the defiant tone of its press statement—and there will probably be many fans just as willing to forego the trans-Atlantic trip to Paris.

Perhaps, in a few months’ time, some of these questions will be answered. Perhaps instead it will be Covid-19 doing the ‘snooking’. But perhaps, just maybe, these unusual times will achieve what tennis has failed to do for decades, and finally unite the profession for its players.

Tennis closes down in face of Covid-19: Miami, Monte-Carlo, Barcelona among events cancelled