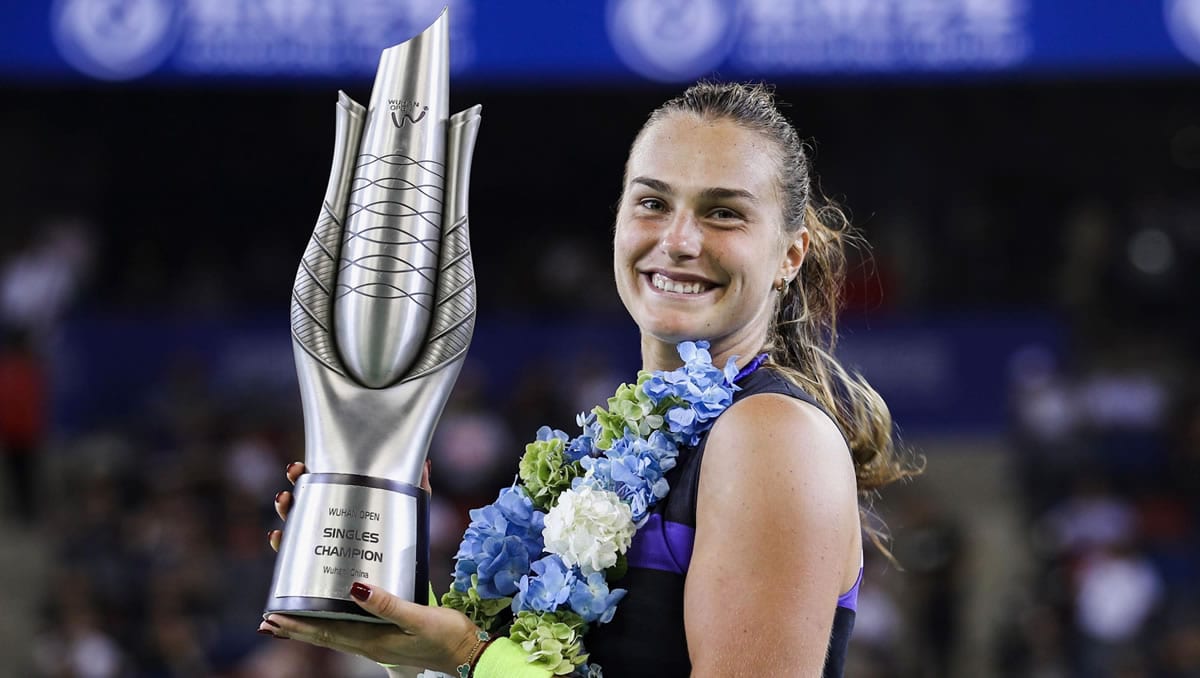 Another swathe of tennis tournaments—including most in the extensive Asian swing—has been cancelled, driven by the Chinese government’s decision to ban all international sporting events until the end of 2020.

On the ATP tour, this affects the only Masters event in Asia, the Shanghai Masters, but it also slams the door on the ATP500 in Beijing and two 250 events in Chengdu and Zhuhai.

For the women’s tour, the directive from China is even more devastating. The WTA season has, in the last few years, seen China as one of its most lucrative markets, and no fewer than seven events usually build to the finale at the WTA Finals in Shenzhen.

However, the Shenzhen tournament, along with the prestigious Premier Mandatory in Beijing, the Elite Trophy in Zhuhai, two Premiers in Wuhan and Zhengzhou, plus two International events have all been cancelled.

And with them, the rankings race that normally accompanies the closing month of the season has also been halted. Steve Simon, WTA Chairman and CEO said:

“Unfortunately, this decision includes the cancellation of the Shiseido WTA Finals Shenzhen and as result, the corresponding Porsche Race to Shenzhen. We do however respect the decision that has been made and are eager to return to China as soon as possible next season.”

The China-based tournaments are not the only ones to be pulled. Several hard-court run-ups to the US Open had to cancel in order to make way for the rescheduled Cincinnati Masters/Premier. This will be played at the US Open’s venue at Flushing Meadows, New York in the week that is usually filled by qualifying rounds for the US Open itself.

Others have been cancelled for logistical issues caused by the ongoing battle in the United States against COVID-19. One of the biggest casualties has been the Citi Open in Washington, which was to herald the return of the ATP and WTA tours. The latter will instead launch at the brand new Top Seed Open in Lexington, alongside a couple of clay tournaments in Europe.

Indeed the route to the re-scheduled French Open, which land-grabbed the end of September when Europe was in the grip of the coronavirus pandemic, looks the most solid prospect for tennis’s return.

The WTA’s Palermo Open, followed by the Prague Open, both clay tournaments, have attracted impressive line-ups from players desperate to get back to their sport. And in the immediate aftermath of the US Open, the rescheduled Madrid and Rome tournaments—which are both big point and money earners—will provide the usual preparation for Roland Garros.

The United States Tennis Association (USTA), meanwhile, is still evolving its safety protocols in anticipation of the Cincinnati/US Open: For example, it has just switched the locations of the player hotels.

In response to the cancellation of the Citi Open, the USTA said there would be no knock-on impact for the other two tournaments, saying its decision to proceed “is based on health and safety, the interest of the sport, and financial viability… We are confident we remain in line with these three guiding principles.”

But with severe travel restrictions still in operation both within the United States, and to and from other parts of the world, it remains to be seen how many players will commit to New York under closed-door conditions and within apparently water-tight testing, travel restrictions, and sizes of entourages.

Many may simply vote with their feet and stay in Europe for the substantial clay swing that may even boast the added bonus of a ticket-buying public—unlike the US tournaments.

Some tournaments, it should be added, had already had to bite the bullet early and cancel. For some, it was because they felt unable to host a big tournament, among them the ATPs 500s in Tokyo and Basel, the Laver Cup, and the WTA’s indoor Luxembourg.

Others had to give way amid the reorganisation caused by developments at the US and French Open, such as the WTA’s Hiroshima, Warsaw, Tashkent, and Albany, and the ATP’s Winston Salem.

On the men’s tour, which reaches its conclusion in Europe, there are still decisions to be made about the tournaments that follow the traditional ‘Asian swing’, and announcements are due shortly. Key among those decisions will be the status of the Nitto ATP Finals, which is due to bid farewell to London’s O2 after more than a decade at the iconic venue.

As it stands, though, many players are practising on their preferred surfaces in anticipation of a resumption of both tours next month.

Thus far, hard-court Lexington has achieved a coup for its inaugural playing by attracting Serena Williams, who is surely preparing to go for her record 24th Major title in New York. After reaching the final of the US Open last year, she did not play again until winning in Auckland this January, and her last match was in the Fed Cup qualifiers in the first week of February.

Halep is also signed up for Prague the following week, along with Belinda Bencic and wild card Genie Bouchard.