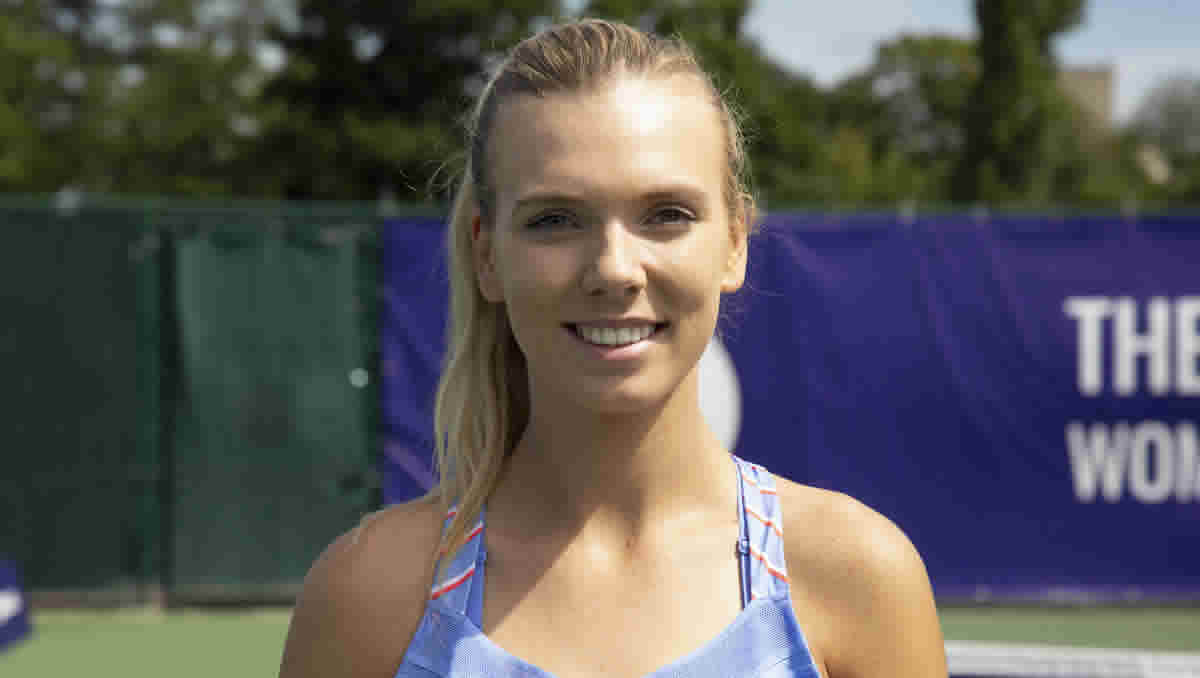 Katie Boulter recovered from a set down to beat Jodie Burrage and claim the Premier Singles title 3-6, 7-6(4), 6-2 at the LTA’s National Tennis Centre (NTC) in Roehampton this weekend.

Boulter, who has a protected WTA ranking of 85, showed her quality and resolve to battle back into the match after losing the first set in the Premier final. The GB Fed Cup star claimed a close second set in the tie-break, and despite a strong showing early in the match by Burrage, the 21-year-old Londoner appeared to run out of steam in the third, possibly as result of making three finals in three weeks of domestic competition.

Boulter went on to win the match in 2hrs and 10mins. She said:
“It was a massive battle for me. I thought we both played well. It was very good for me to get through that, and it gives me a lot of confidence.

‘Nothing replicates playing a match, it’s completely different out there, and to get through five matches is an accomplishment in itself, and not be completely toast afterwards. It’s definitely a well accomplished week.

“The event has been really, really fun. It’s come at the perfect time, and I’m really happy to be back on the match court and I’m thankful to everyone for putting it together.”

The Progress Tour Women’s Championships trophies were presented by Nino Severino, husband of the late Elena Baltacha, the former British No1 who died in 2013.

Severino was representing the Elena Baltacha Foundation which aims to encourage more girls to play tennis.

This has been particularly valuable at a time when Covid-19 travel and lockdown restrictions have severely limited the income streams of professional tennis players.

The tournament, which took place over five days, offered a prize fund of £30,000, and was played in a round-robin format with semi-finals and finals.

Naturally, it was played behind closed doors, and the competitors, who were able to use accommodation at the NTC, all had to undergo medical screening in order to take part. During match-play, they also called their own lines and collected balls under coronavirus restrictions.