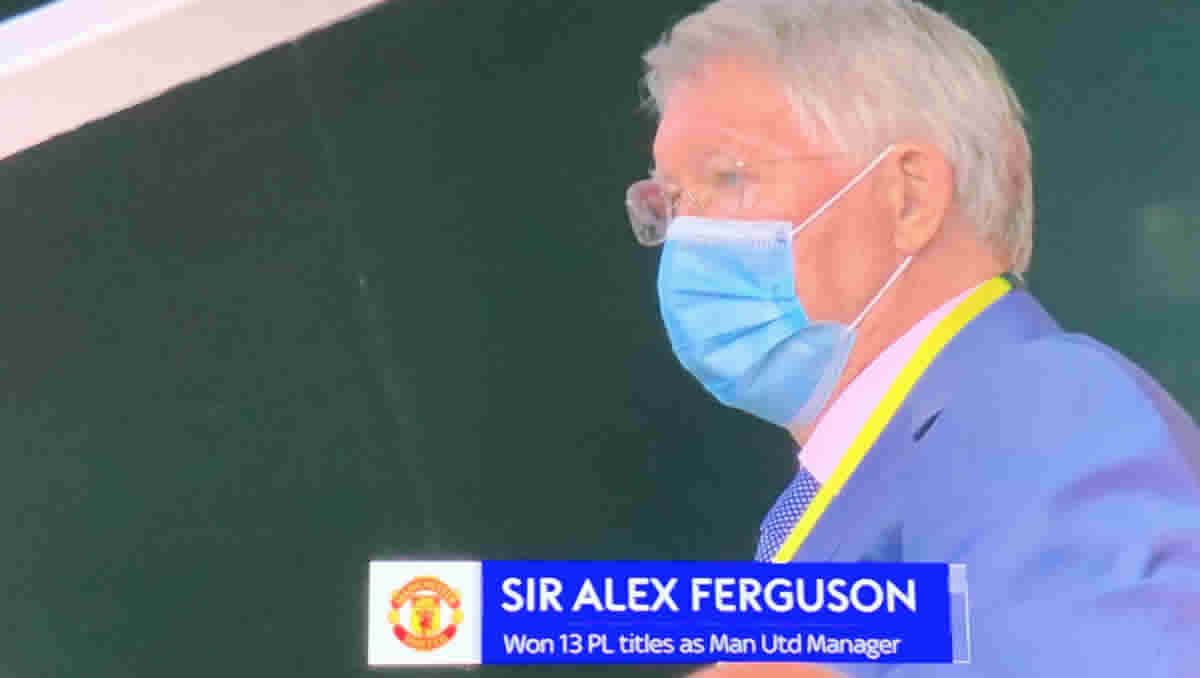 Sir Alex Ferguson was in the stands at Old Trafford on Monday night (Photo: Sky Sports)

Sir Alex Ferguson was in the stands as Manchester United were pegged back and held to a frustrating 2-2 draw by Southampton in the Premier League on Monday night to dent their top-four hopes.

The Red Devils headed into the game looking to try and move up to third place in the Premier League table with a victory over the Saints, but Ole Gunnar Solskjaer’s men were forced to settle for a draw to leave them outside of the top four with three games left to play.

Manchester United had led 2-1 for most of the game at Old Trafford, with goals from Marcus Rashford and Anthony Martial having cancelled out Stuart Armstrong’s 12-minute opener.

Ferguson wore a face mask as he watched on from the stands at Old Trafford, with Manchester United having led for most of the Premier League clash.

The result leaves the race for the top four open as the Premier League season reaches its conclusion.

As things stand, the Red Devils are in fifth place in the table and level on points with fourth-placed Leicester City, and a point behind Chelsea FC, who play Norwich City on Tuesday night.

Manchester United will attempt to get back to winning ways in the Premier League when they travel to Crystal Palace on Thursday night.

They will then take on Chelsea FC in the FA Cup semi-finals at Wembley on Sunday afternoon.