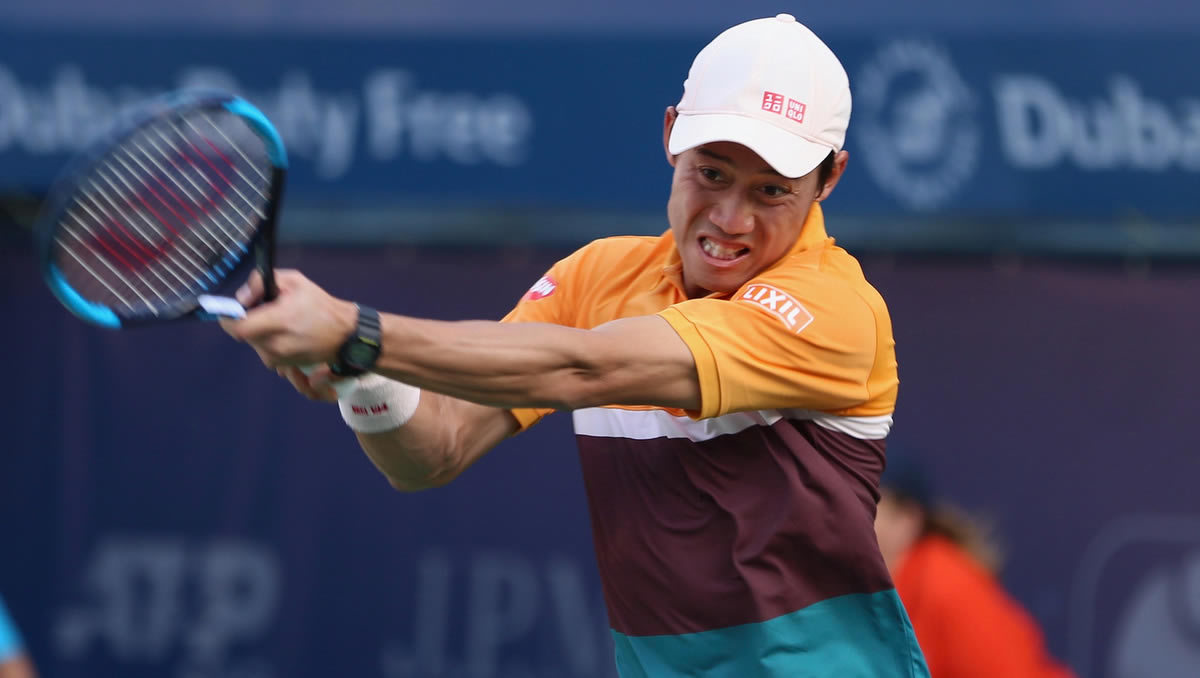 These were already extraordinary times for tennis, as scenes across the vast Billie Jean King National Tennis Center in New York affirm.

The home of the US Open, which begins on Monday, and currently the venue for the Western and Southern Open—one of the biggest events in the tennis calendar—is usually alive with players, media and fans. This year, it looks more like a ghost town, a place where only players and their teams, officials, and a handful of media dot the grounds and ranks of empty seats.

Such is the tightly-managed bubble in which the Cincinnati Open and the US Open are taking place, a bubble that extends to hotels, transportation and every behind-the-scenes activity, from locker rooms to press conferences.

And it is all down to the coronavirus pandemic, which forced the tennis tours to shut down from the end of February until this month. One of the knock-on effects—aside from the protocols that impact on every hour of every day at Flushing Meadows—is the rejigging of the calendar, such that the French Open clay swing follows hot on the heels of the US Open.

And that has seen many players from outside the USA vote with their clay feet, and continue preparation in Europe and elsewhere for a late-September Roland Garros.

The women’s draw, both for the Cincinnati Premier 5 and the US Open, has been particularly depleted: Six of the top eight women have not made the trip to New York, including Nos1 and 2, Ash Barty and Simona Halep.

On the men’s side, five of the top 15 are missing—though Roger Federer was already side-lined following knee surgery. And overnight came news that former US Open finalist, Kei Nishikori, had withdrawn following a second positive COVID-19 test.

Meanwhile, there was also news that former US Open champion, Juan Martin del Potro, had undergone his third knee operation in two years. The winner of 22 career titles also reached the 2018 US Open final, but the Argentine fractured his patella in Shanghai that same October, only to damage it again when he fell on the grass of Queen’s last summer.

In a Twitter statement, del Potro’s team said that he had been in contact with specialist knee surgeon Roland Biedert in Bern, Switzerland since January. And this is just the latest in a catalogue of injuries throughout the career of the popular Argentine.

He has had several wrist surgeries: one on his right wrist in 2010 and three on his left wrist during 2014 and 2015. As recently as August 2018, he regained a ranking of No3, but he has completed only a dozen matches since.

However, the biggest news was yet to break. One of the star names at the Cincinnati Open, former No1 and two-time Major champion, Naomi Osaka, released a statement on Twitter to announce her withdrawal from her semi-final match against Elise Mertens.

Her decision followed a wave of protests in the USA in response to the police shooting of Jacob Blake in Wisconsin, and was set against continuing campaigning under the Black Lives Matter banner following the killing of unarmed black man George Floyd in May.

After a number of other sporting events—among them, major basketball and baseball fixtures—were called off amid player protests, Osaka announced:

“As many of you are aware, I was scheduled to play my semi-final match tomorrow [Thursday]. However, before I am an athlete, I am a black woman. And as a black woman I feel as though there are much more important matters at hand that need immediate attention rather than watching me play tennis.

“I don’t expect anything drastic to happen with me not playing, but if I can get a conversation started in a majority white sport, I consider that a step in the right direction. Watching the continued genocide of black people at the hand of the police is honestly making me sick to my stomach.”

Soon after, there was a joint statement from the tennis authorities to announce a pause of play on Thursday. It said:

“As a sport, tennis is collectively taking a stance against racial inequality and social injustice that once again has been thrust to the forefront in the United States. The USTA, ATP Tour, and WTA have decided to recognize this moment in time by pausing tournament play at the Western and Southern Open on Thursday, August 27.”

Extraordinary times indeed. Yet up to this point, there had been some tennis storylines worth the telling.

Former world No1, US Open and Cincinnati champion Andy Murray has made his return to top-flight tennis after an absence of 10 months as he continued rehab to a pelvic injury picked up last autumn. And that lay-off followed a severely truncated season after major hip surgery at the start of 2019.

Murray certainly got the test he wanted in two straight three-set wins, the latter against No5 seed Alexander Zverev. But his run was halted by the big-serving Canadian Milos Raonic in the third round.

Raonic, who also halted the top-ranked Briton, Dan Evans, in the second round, has thrived on the new fast courts in New York, though was made to work longer against Filip Krajinovic in the quarters. The Canadian won through, 4-6, 7-6, 7-5, to face the No4 seed Stefanos Tsitsipas in the semis.

At the top of the draw, world No1 Novak Djokovic continued to make seamless progress—he has yet to drop a set—and will meet No8 seed Roberto Bautista Agut in the semis. The resilient Spaniard, in contrast, has survived two gruelling three-setters against dangerous young Russians, first Karen Khachanov and then defending champion Daniil Medvedev. How much he has left against the apparently impregnable Djokovic will be seen come Friday.

The only remaining Briton in Cincinnati action, then, is Johanna Konta, who beat the No13 seed Maria Sakkari. The young Greek woman put out two-time former champion Serena Williams in the third round, fighting back from a set and a break down, but she could not contain some powerful play from the baseline by Konta.

The Briton has yet to drop a set, having beaten Kirsten Flipkens and Vera Zvonareva with relative ease, but faces a significant test in the semis against former Cincy champion Victoria Azarenka.

After long absences from the tour for personal as well as injury problems, former world No1 Azarenka has this week won her first matches since reaching the second round in Cincinnati a year ago. And she appears to be back on track, form and confidence wise, with wins over some difficult opposition such as Donna Vekic, Caroline Garcia and in the quarters, Ons Jabeur. The Belarusian has also yet to drop a set.

Cincinnati 2020: Andy Murray off to winning start after 10-month gap: Zverev next